When ripping is it wavpack? You use I want to try the wav

You can rip to whatever format you choose…FLAC or WAV is the one to go for.

Wavpack is not Wav…

Storage these days is not an issue (unless you have a huge number of CDs to rip) and so I don’t bother with compression whenever I rip my CDs. All of my CDs (some 2000+) were ripped around 6 or 7 years ago are stored in uncompressed FLAC ‘format’ on my NAS.

Lossless compression is the same as zipping a file on a computer. It needs some power to unpack it too.

Yes - it was a rhetorical question in the sense that I don’t believe that the effort of unpacking would result in an audible difference in my DACs. Hence the reason why I have never bothered to compare.

But then again, some Naim streaming DAC users are adamant that the ‘effort’ of FLAC to WAV conversion or transcoding does have a detrimental effect on sound quality.

Indeed, that is actually the case for the first generation streamers. Older hardware.

First generation NAIM streamers! Not the case on my non-Naim streamers.

Do you then think that older Naim streamers may have a similar issue unpacking compressed FLAC files?

Hmack, I’ve experimented with FLAC compression levels on my NDX with Synology NAS.
I used uncompressed level 0, the dBp ‘default’ level 5, & maximum compression level 8.
Bottom line is I couldn’t hear any difference, I don’t claim to have bat ears & it was all via my ‘lossy’ CPU (brain), i.e. its subjective.
However after this I looked into it a bit deeper from various www technical papers; I believe the CPU power requirement does change in the ENCODING process (dBpoweramp ripping process).
Playback is DECODING & from what I’ve been able to ascertain its its same CPU load for all compression levels.

I also experimented with FLAC transcode to WAV, this was very media server software dependant & found differences.
Synology’s Media Server was poor, Minimserver was best (I found Asset UPnP to be as good/same as Minimserver when it became available for Synology)
On NDX, Asset UPnP transcoded FLAC (play as) WAV has a marginally better SQ than straight FLAC.
When trying the same on other streamers (Linn, Cyrus & Muso-2) I/we could not detect any difference

Some 6 or so years ago I too experimented with FLAC transcode to WAV using Minimserver on Synology and with similar results.

I could not detect any difference between FLAC and WAV files on my main system (at the time using a Linn Klimax Renew DS), but felt that there were slight differences on my second system which at the time used a Naim DN5XS with additional power supply. I found the differences to be subtle, to the point that I wasn’t entirely sure I was not imagining them. I certainly wasn’t convinced that I would be able to accurately distinguish between the two in a blind test.

However I set up a blind test for two friends, both of whom had high end all Linn streaming systems. I played a dozen or so tracks in both FLAC and WAV, and one of my friends who happened to be a studio sound engineer was able virtually 100% of the time to distinguish between FLAC and WAV files on the ND5XS. He was of the opinion that WAV files did indeed sound better.

None of us were able to replicate these results with our Linn streamers.

This has been discussed a gazillion times on this forum, I’d recommend to use the search to find those threads.

Yes - I took part in quite a few of these threads and debates over the years!

Summary for the OP- with a Muso or Muso Qb as a source, simply don’t worry about uncompressed FLAC vs compressed FLAC, FLAC vs WAV or MQA vs non MQA. You won’t hear a difference unless you have very young ears and supernatural hearing.

Additionally, if you have anything other than a first generation Naim streamer don’t worry about FLAC vs WAV.

Off topic - I saw your message about DIN-DIN cables you have maid - Mogadisho 2549 - Is it Mogami 2549?
Is sound quality good it your case?
What DIN connectors did you use?
I have the same cable connecting my 272 to ATC SCM50ASLTs (DIN to XLR) - amazing sound.
So I wonder if it can replace the grey SNAIC connecting 272 to CDX2 with XPS.
Thanks

Yes my IC’s are Mogami 2549 …… I suspect auto spell might be at play with mogadisho.
Connectors are Neutrik
Yes it can be used between CDX2 & 272
I made each of my cable lengths to individually fit between streamer-amp and tuner-amp
Sound, to my ears, is as good as I’ve heard with a DIN IC.

BTW; these cables are not SNAIC, SNAIC in Naimspeak means they carry both power & signal.
180 degree 5-pin signal only DIN is simply ‘IC’ = interconnect. 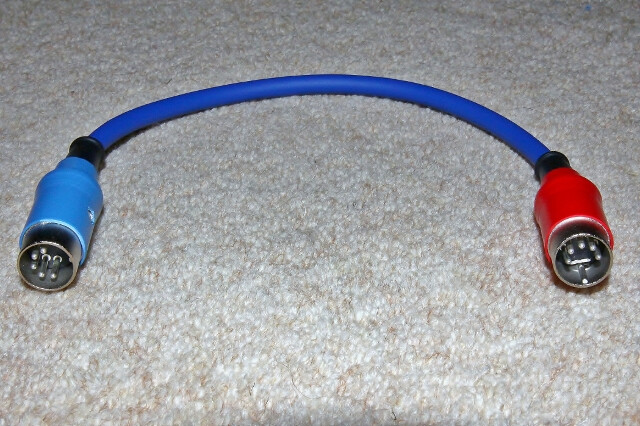 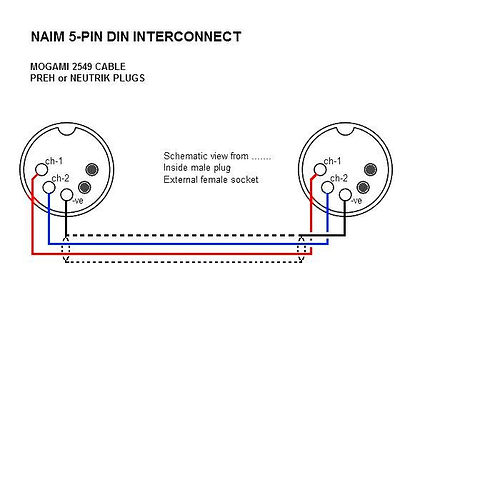 With a Legacy Streamer system:

Using Synology Media Server
WAVE is the best format, FLAC transcoded to WAVE sometimes slightly inferior to WAVE, FLAC is not so good.

Using Asset or Minim Server on Synology
WAVE or FLAC transcoded to WAVE are the best format and are indistinguishable, FLAC is not so good.

In respect of cables:

Mogamy 2549 is a very good cable for unbalanced stereo, 2534 is very slightly better (but is a pain to wire up!). However for unbalanced mono 2497 beats them both hands down. I think this is probably one of the best cables I’ve ever heard - I’d be interested in directly comparing it to SL or some of the other ‘High End’ cables, I think in overall sonic performance terms it wouldn’t loose out by that much.

2803 is one of the truly great cables…
but an absolute devil to work with, and, most of the time almost impossible to obtain.

I bought 2497 and 2803 from one guy - nice price, condition almost new. Now testing/comparing them … need to burn in I think

I have WD MyCloud PR4100, DL4100, EX4 - it seems they can’t run Aaset or MinimServer on it.
Any alternatives for WD NAS drives?