It was on 17 March 1951 that Dennis the Menace first appeared in the Beano. I loved the Beano and particularly Dennis and of course his faithful dog Gnasher. 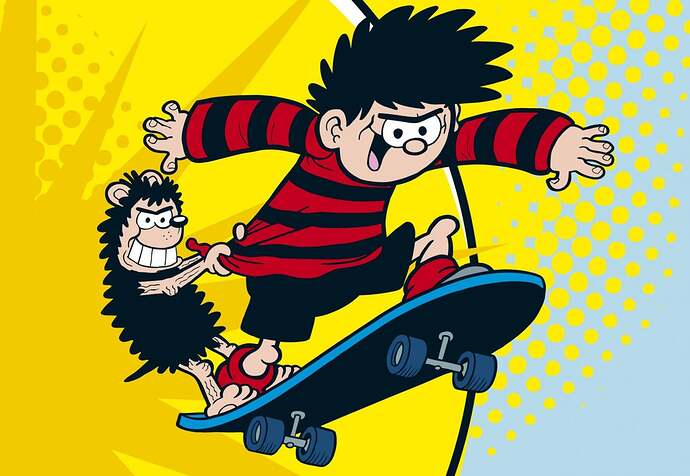 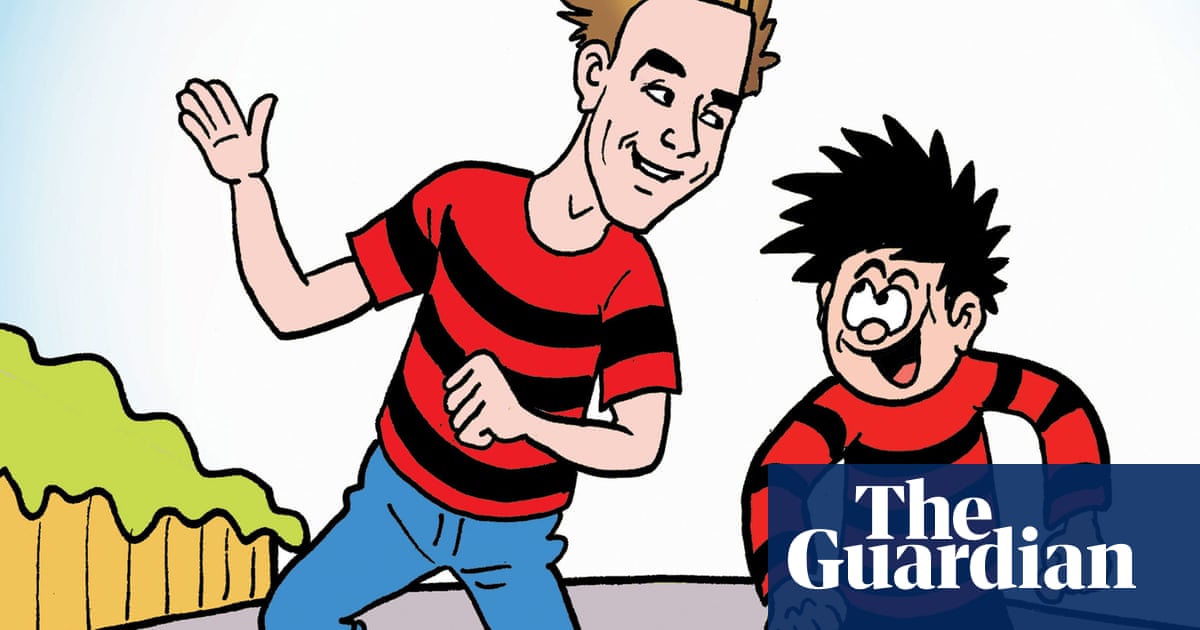 The perennial naughty schoolboy is entering his eighth decade as youthful as ever, with help from YouTube star Joe Sugg and a panel of young readers

Today ofcourse, the character would be referred to as Dennis the lad with ADHD and bipolar disorder… and his dog Gnasher. 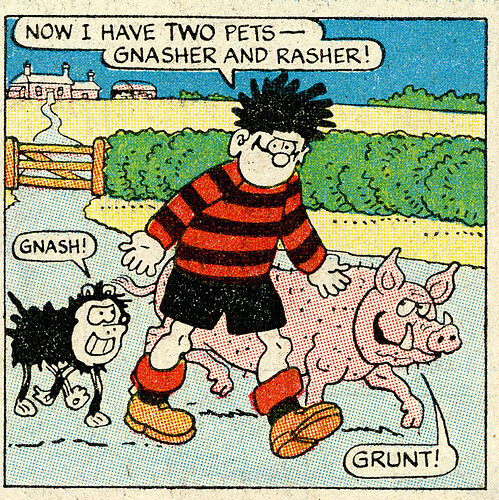 And the real life version

He needs a good slippering. 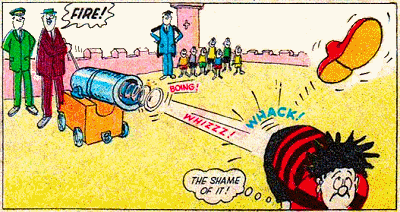 A Beano fan in my early years, when I introduced my son to the comic, he joined the fan club.

Tempted to join the club just to get the badges!
Dennis (when I read him) would be banned by the cancelation culture we have to suffer with today.

My best pal’s dad was a Beano artist in the early 70’s. I used to see the storylines and inked boards for quite a few characters before they went to press.

He has a Wiki I just noticed

Vic Neill (24 November 1941 - 24 December 1999) was a British cartoonist who drew for D.C. Thomson and I.P.C.'s comics. His first notable comic work was on Sparky strip Peter Piper. In 1969, he replaced Dudley Dexter Watkins on Topper cover star Mickey the Monkey after Watkins' sudden death. Neill was a big admirer of Watkins' artwork. He made his debut in the Beano with The McTickles in 1971. In 1974, this was replaced by another Scottish-themed strip, Wee Ben Nevis. In 1977, when D.C. Thomso... 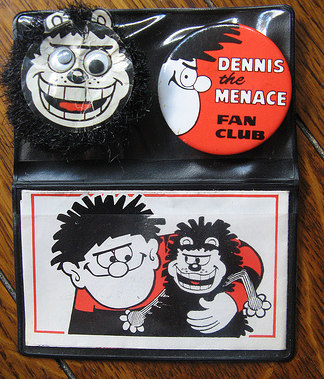 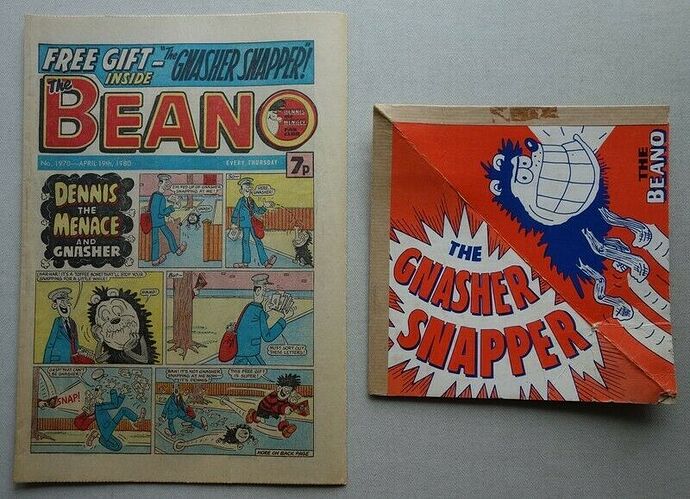 I have the Gnasher Badge (in a better condition than the photo above) and Club Wallet too. Also a few DTM Annuals.

I remember meeting some of the artists in the Ladywell Tavern in Dundee in the late 1970s when I was doing my PhD.

I worked in the Ladywell practically full-time for a year in the early 80’s. Pass it every day when I’m going to work.

‘Going for a look in McGill’s window’ (next door) was a euphemism for nipping out to smoke a joint.

I remember buying that issue with the ‘Gnasher Snapper’ and had forgotten all about it. Nice reminder !

Good fun annoying people with that thing for a few days. I think mine was confiscated !

The Beano was always my thing when I was a nipper, Dennis and Gnasher, Biffo, Minnie the Minx and the Bash Street Kids - great memories!

Is that Boris peering over the hedge ?

I revisited Dundee last year and thought I would pop into the Ladywell for old times sake. Big mistake. It has been ruined. Mennies was still the same thankfully.

We refer to Mennies as ‘the Star Wars bar’ for all the odd characters.

A fine pub…even without ‘a hun at the till’. 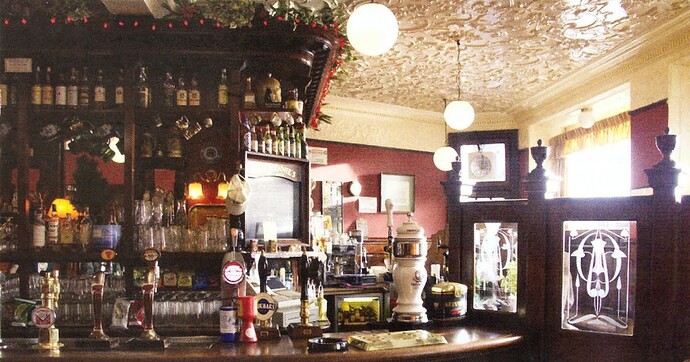 This postcard of the Speedwell Bar aka Mennies, highlights the fact that it is pretty irrelevant what era the photo was taken, the timeless...

As an aside, every time I see Jacob Rees-Mogg, I think “teacher from the Bash Street Kids.”