My recently acquired SBL mk1 speakers seem to have a missing bottom octave.
I often listen to pipe organ music videos and with my previous speakers (ML Aeon hybrid elctrostatics) I could feel as well as hear the pedal notes.

I feel nothing with the same tracks played through the SBLs even with them mounted up against a stone wall.

So I wondered if the 35year old mid/bass units have suffered.
Do the suspensions deteriorate and become stiff which would affect the sensitivity and response?

Or might it be the crossover capacitors, or both?

If you’ve got Spotify you can stream test tracks at different frequencies to test them.

I’m moving home next week and have a mic and REW so can do some measurements of the Aeons and SBLs.

I also bought a pair or the Mordaunt Short drivers which I may swap in to see if there is a difference audible my ancient ears.

The problem with organ music is that it has an very high amplitude. It goes deepest and highest of all instruments and has loads of overtones. It’s difficult for the drivers to handle.

Even if it can push out 30hz, it doesn’t mean it does the same when a full chord is played since it needs to handle more tones.

SBL’s should play organ music very well though, I’ve done precisely that for a few years.

The seal between the mix and bottom box is most important and a bit searching on this forum will give the technicalities.

As far as I know, speaker drivers do not age and there is no degradation in SQ.

Answering the thread question, generally speaking the bass cone surrounds loosen up with flexing, over the first maybe 10s-100s of hours of use (the louder and more bass the more they will flex and faster loosen up. Thereafter my understanding is that they don’t change significantly unless or until the cone surround perishes - the majority don’t, but it depends on the surround material, and with some it depends on the atmosphere they are in. Foam surrounds in particular, popular for a while some years ago, seem prone to disintegration (depending on the particular material), and treated fabric surrounds, of declining use since rubber started to be used, can split.

Something else that can happen with bass drivers over many years decades), especially large cones with low resonant frequency due to the weight of the cone assembly and highly flexible surround, which is gravity causing the cone to sag (slightly compressing the surround on the bottom side and similarly stretching on the top), that can cause the voice coil to touch the side of the magnet gap, causing a scraping noise and possibly distortion. If that happens, or to prevent if you are concerned, the cure is simple: rotate the driver by 180 degrees.

Midrange and tweeter cones/domes move far less so minimal movement of surround, imperceptible if any breaking (or “burning”) in, and little or no change unless or until materials deteriorate. A possible exception is ferrofluid filled tweeters, about which I have heard claims that the fluid can deteriorate (dry out), and also read that that’s not so, so I don’t know - I have no personal experience.

As for silent organ notes, if the SBL is capable of going down as far as the frequencies concerned (I don’t know it), the problem could very easily be the room, e.g. cancellations, and reviewing the speaker and listening positions would seem appropriate and this current threads would seep worth a look:
https://community.naimaudio.com/t/new-room-and-lack-of-bass/26438/38

Depends on what the drivers are made of some degrade far more than others.
Likewise some speakers do the low notes and some don’t.

I simply don’t think that SBLs were ever able to reproduce the bottom octave of a church organ with any sense of realism. From memory they started dropping off at 45Hz, so I wouldn’t worry about their condition except for the seal having gone. I had to reseal my pair back in the day 3 times driven active by 52/ 4x135s

I’m not sure for the SBL but SL2 and NAP500 in a good room make Bach’s Toccata and Fugue alive!

Well, I think that can’t be true. The cone might not age, but the rubber suspension can. My father had a pair of Acoustic Research speakers (they were very good), but the rubber suspension eventually gave out, so they no longer suspended. Similarly I know of a pair of Gale speakers that were in The George Hotel in South Molton, and the same thing happened to them. Presumably there must be a period before they fully disintegrate when they work less well than when new.

I’ve seen cone surrounds deteriorated after less than 20 years (foam) -which I replaced myself - and others (e.g. rubber) not after 50.

As for SBLs and bottom octave, I have significant doubts myself, but as I said I don’t know it myself.

Hi Einstein, will agree with you that the SL2s had more reach and weight for sure: 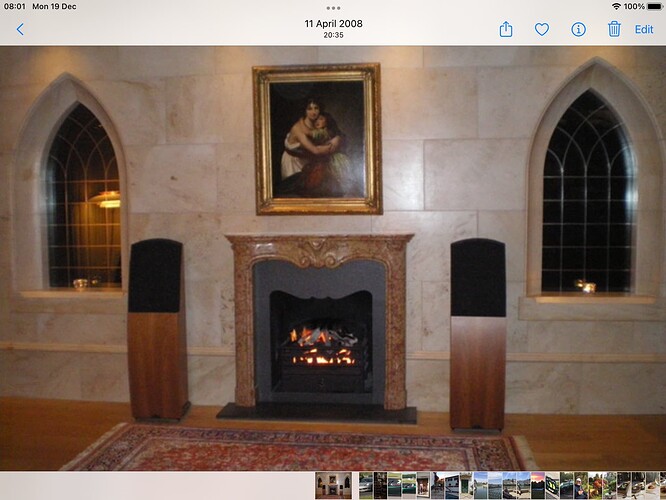 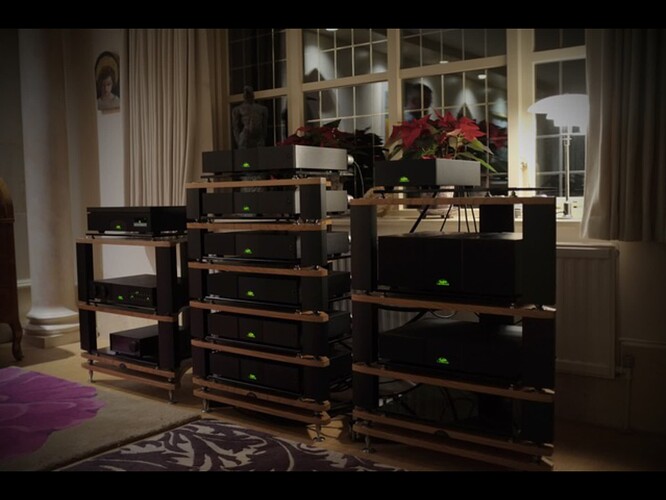 Is this just on Spotify or also Tidal/Quboz for example? I’m keen to try this.

Sorry to read of your SBL disappointment.

I agree with @Ardbeg10y, there is a third question to ask: Are my SBLs set up correctly?

The lower box should not rock. You must be entirely happy with the integrity of the seal between the lower box and the mid box.

It also seems possible that you will get a different result with your SBLs in a different room, after the house move next week. Please report back.

I was careful with reassembly when I received them a couple of months ago so there is no rocking and the spikes are all correctly adjusted (even used a spirit level).
I think the seals are fine.

I will see how they sound in a few days though the new positions are not close to a wall, and then do some measurements with REW.

I may try quasi biamping, (tweeter via the crossover) and mid/bass direct from a spare amp with the treble cut just to hear whether there is a difference in the LFs. This may point to a crossover issue.

I’d be tempted to turn up the bass control (+8db max at 100hz) and this is always an option anyway when not biamped.

Thanks for the replies everyone.

With Naim’s wall hugging speakers a bit of precision with placement pays off with extracting the bass from them. When setting up my NBLs 5cm wasn’t as good as 5.5cm and 6cm was worse again between the wood of the speaker and the wall. This held for the two rooms I set them up in with solid walls. There was also a sweet spot for the gap between them that was less than 10cm wide where the impression of scale was best. They still started rolling off at around 40Hz, 30Hz was audible, just but that was it. NBLs have two SBL bass drivers back to back so I’d expect SBLs to roll off a bit higher. Except I’ve now got them in a room with dry lined walls, bass was absent back against the walls but filled out and goes a bit deeper with the fronts around 70cm out but also very narrow. The scale sweet spot for distance between was the same as in the previous room.

I’ve never owned SBLs but would guess they’re similarly sensitive and with the added fun of keeping them sealed when moving. I used Herbie’s small gliders for the NBLs on tiled floors in my second and third rooms and they made it very easy to adjust by a few mm, they were very hard to reposition in my first room where they were spiked into carpet.

though the new positions are not close to a wall,

If as I understand the SBLs are designed for wall placement, placing them away from a wall is likely to significantly reduce bass level relative to higher frequencies because they will have been designed to use wall placement to supplement output. If you have them positioned away from walls that certainly won’t be helping your oroblem.