Down under Naim black Magic

Living in this part of the world we not only have drain water spinning the opposite direction but it would seem electricity has its own anomalies. Try this and hear for yourselves.

Just for the curious in this part of the world (you may already know), 2 small snippets of information.

Firstly, fuse direction, seems to sound at its best the opposite direction to the UK. Check Richard’s detailed information on UK fuse direction in the FAQs, turn your fuse the exact opposite to what’s explained. This maybe a good idea for those that have brought from the new importer as the previous importer used to make sure his dealers would do this before the boxes left the shop, also without any shadow of doubt Naim sounds at it best when the correct T rated LittleFuse Company fuse is used.

Secondly, din connection. I read in the UK loosening, or even disconnecting the din plug fastening ring has audio benefits. You guessed it, seems to be the exact opposite down under. Nice and finger tight for best results.

Would be interested if anybody else around this part of the worldhas some sharing to better a Naim system.

By Down Under you mean Ireland I take it?

What about the directionality of the cables? Does that also go the other way around?

Regarding fuses, swallow them and follow up on that process. They will sound darker after this procedure.

Drain water spin is an urban myth I believed for years.
Just introduce a spinning index finger to the process and 9 times out of 10 it will follow.

That’s not what I found when I lived in Japan or Scotland.

Yup, the direction of spin is determined jointly by the shape of the vessel itself, and the shape / twist of the drain.

Maybe the vessel had a slight learn to one side

I understand that down under turntables run backwards too.

Apparently this immensely improves the sound of any Coldplay album.

I must say you guys seem to be rather cynical.
What I’ve said was from a chap that sold and serviced Naim audio for 40 years.
Little bit sorry that you receive what intended to be a positive post with negativity. Only trying to help Kiwi and Aussie Naim owners. I’ll try and find away to delete this thread so you guys can go flame somebody else.
Cheers

I understand that down under turntables run backwards too.

Which has led to some unfortunate demon summonings when playing certain ‘60s albums.

It’s easy to mock but I think you’re being a little harsh here. All joking aside, many years back when I was on one my trips down under I was staying with Chris Murphy and we did some listening tests to establish which fuse direction we preferred. And blow me down if we didn’t both prefer the equipment fuse the opposite direction to that which we preferred in the UK. Fascinating stuff! And, IIRC, Chris would fit a Tap-on plug and reverse the fuse in the fuse holder of the kit to ensure it was the favoured “down under” direction when it arrived from the UK.

As an aside, I also found that while I have an excellent sense of direction during daylight in the northern hemisphere, I really didn’t when down under, and that had nothing to do with the excellent wine either…

Oh,come on. Where’s your sense of humor? Or does that also works in another way down under? 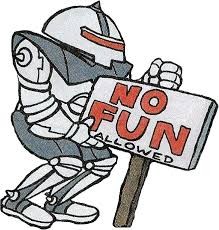 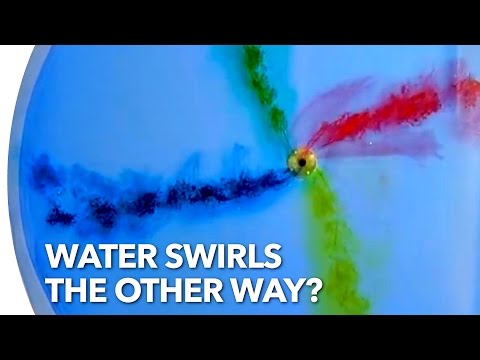 @SneakyPete Humour, i cant say that the humour in this thread is something i would be part of, if id have to pin it id call it predatory humour at best, but of course i would as im at the brunt of it. I except my many many short comings (you lot included) so yes silly me thinking hey sharing is caring blah blah. I guess living in another country and growing up in a slightly different culture may be the reason, yeah well its more than likely im over sensitive, here i was thinking some good information for the lads down under. Guess i got that wrong.

I except everybody is different and some people have more different than others.

Apologies rooster, I genuinely meant my response as a flippant take on a previous reply, had I realised you were finding the replies unpleasant I would not have made the quip. I do apologise for any offence I caused.

Hey mate, no need for that. I’m just a bit of a pussy. All good. I’ll keep my learnt wisdom to myself next time.

@Rooster Once I get around to installing my kit, I’ll swap the fuse orientation and let you know my findings mate. Thanks for the tip.

I certainly lock the DIN fastening rings, but pull back slightly the interconnect DIN plugs as per usual wisdom.

The only gear I have from the new supplier is the NAP 250DR. I’m fairly certain this came with 2 leads, a standard kettle and a Tapon plug, but I have a Powerlines on it now so can’t be certain. As for the fuse direction on it, I’ve no idea and would need to pull it out to check.

Off course, having lived in England and New Zealand I can attest to the change in the drain water - which is the direct effect of gravity and also impacts on the earths magnetic fields and hence electricity - so there we have it for the sceptics.

I’ve found having all my gear upside sounds better and I’ve recently installed my speakers that way as well. Trouble since nailing my chair to the roof I have enormous trouble getting into it and when I do I keep falling out.

Wish someone would’ve told me to tighten my din cables and spin to fuses around would have far easier.

Mike the funny thing is last week when I’d lost the channel it was caused by the din not being connected properly. Ive tighten mine up (which fixed the problem) and I can’t hear any difference.

I can’t hear any difference.