Some activity over Syria/Turkey today.

I Assume they are drones given the altitude/speed
? 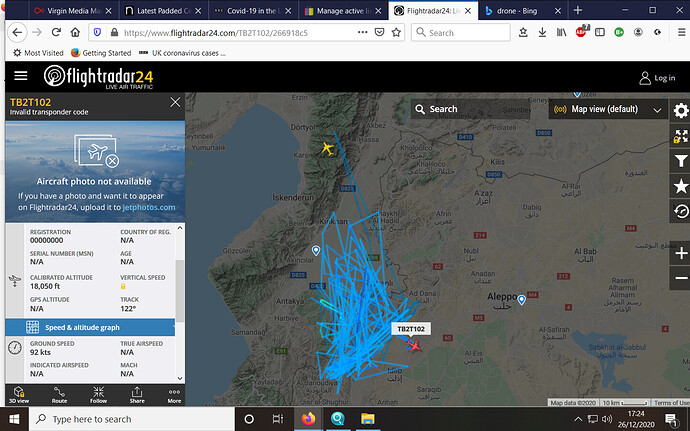 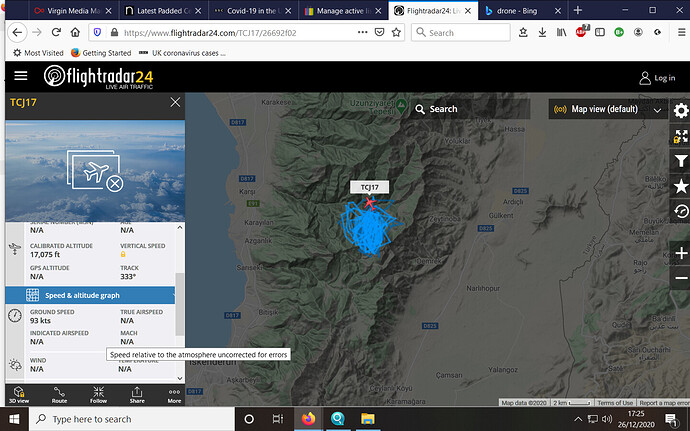 Not sure what sort of drones, at that altitude I expect would likely be fixed wing as opposed quad or multicopter. However most military aircraft don’t usually carry civilian type aircraft transponders that can be tracked, at least that is what I find in the UK… kind of for obvious reasons… but having said that the bottom trace does look like some sort of Turkish military aircraft.
Perhaps one of these, Turkish military drones are active in Syria apparently

There are usually a couple of aircraft flying about over the Turkey/Syria border each day. Today one of them took a detour to Iraq. I suspect they have been made visible, as they could be acting as a deterrent. 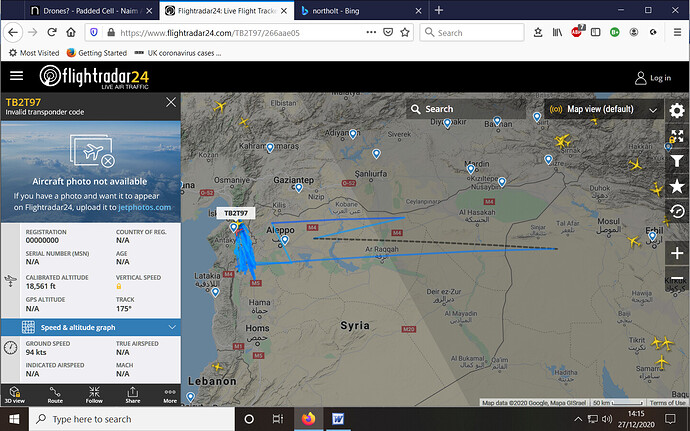 A couple of weeks ago I tracked an RAF plane carrying the PM (I presume) from Brussels to RAF Northolt, which as you pointed out seems unual.

There’s one up at the moment.

The projected location is in Syria, but from previously watching activity in this area it’s probably on its way to Iraq. Plus, a few minutes ago there was USAF refueling tanker over Kirkuk. But no longer visible. 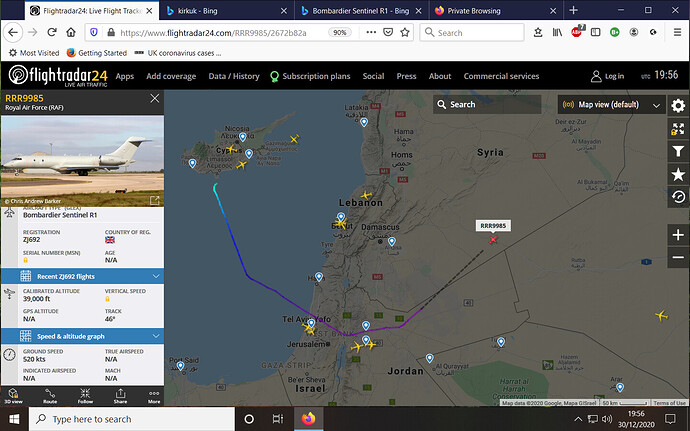 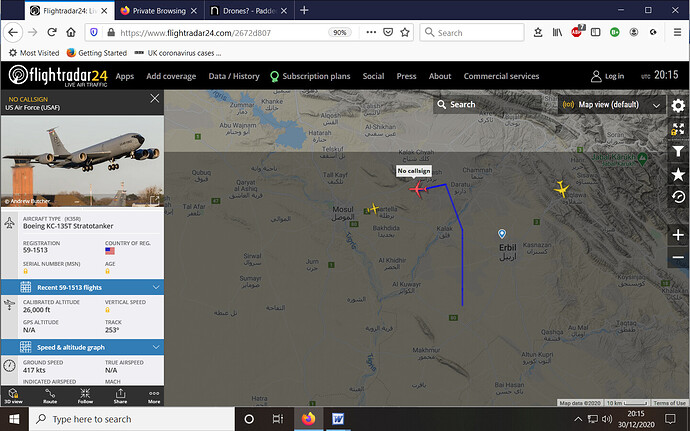 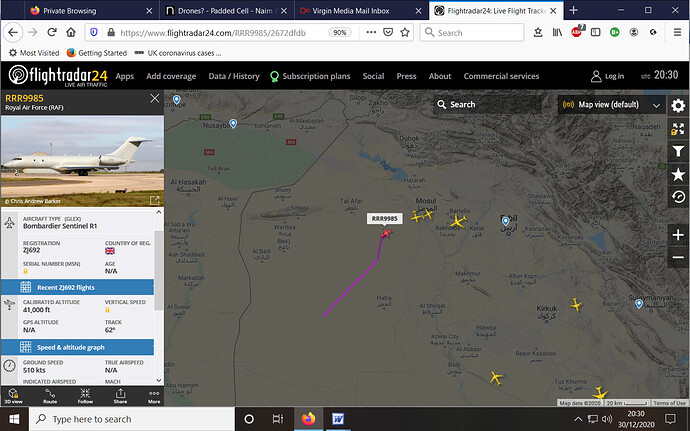 Action over the north sea. Probably on the lookout for Dutch Trawlers. 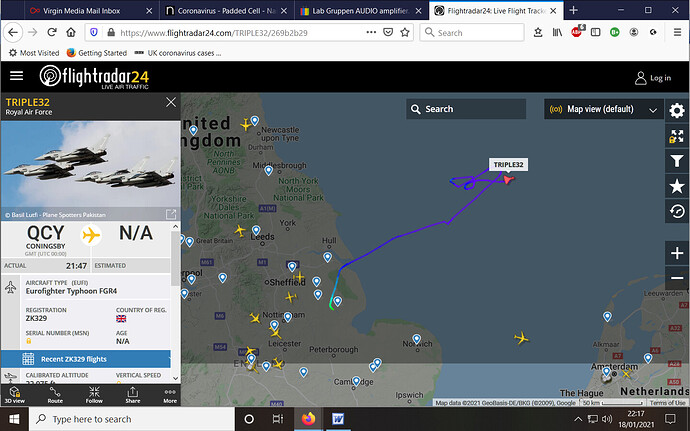 Muse have a great album? Actually they do, couldn’t resist.

Typoon. I heard it but didn’t see it. 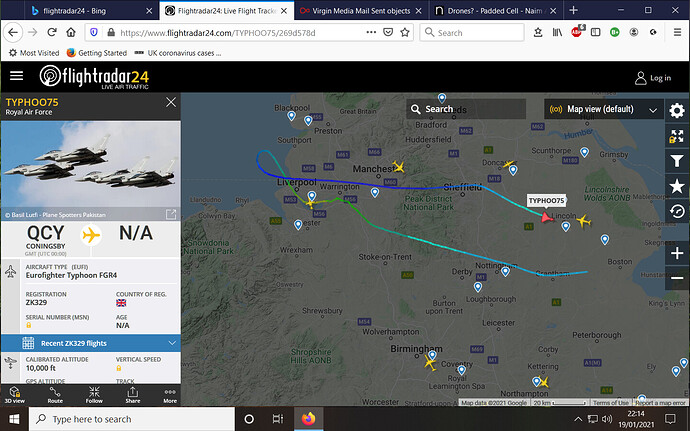 There is another one Triple32 North of Conningsby

Of course you couldn’t, because they don’t have ‘a’ great album; all their albums are great (except the last one).