Possibly contentious, as they can be a nuisance, but my son has just announced he wants one for Christmas.

Any suggestions as we’ve bought loads of £20-£30 remote controlled toys in the past which really don’t last, or have poor battery packs with few spares available - you end up replacing the whole toy.

A part of me would be tempted to get a very expensive one with decent video facility, but there must be some which are excellent value and won’t break the bank.

I believe there is a new ‘Drone driving licence’ users have to complete online too.

The winner in this review is over £1000, and appeals due to my amateur photography interest in the past, but it’s not for me so I think it would be wiser to get something well regarded with good availability of consumables/accessories and of course much cheaper: 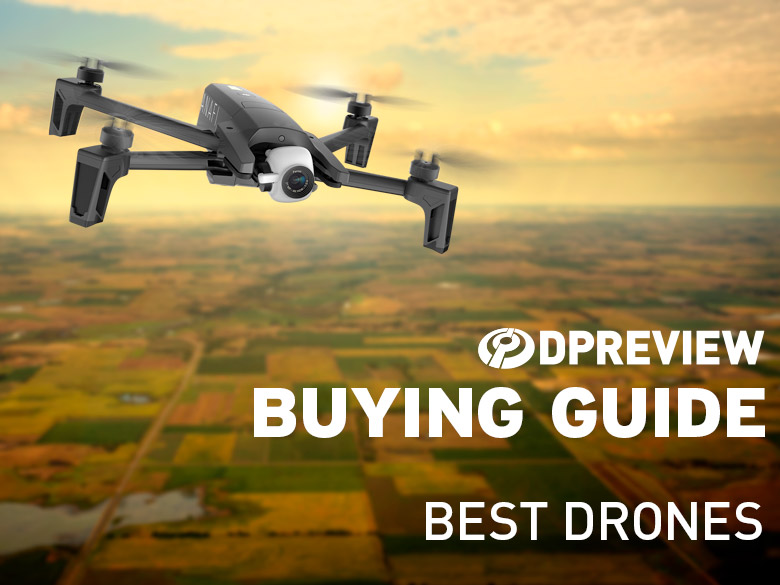 The holiday season is upon us. If you're looking for the perfect drone for yourself, or to gift someone special, we've selected a handful of models at every price point.

(Oops - forgot link initially)
Any drone fans out there?

Probably one of those things where opportunity for use may entail travel to quiet places - not something you could readily use in the back garden in a city and probably illegal to do so due to privacy concerns - I’ve often wondered if I could use one to inspect the roof and chimney stacks, and the gutters to see if the look near to blocking!

More seriously - do a search to see if there are any classes or courses on flying drones, if so buy the lad a course and after that if the enthusiasm is still there then think of buying.

I thought having a drone would be great (when they first came on the market) but I ran out of ideas of what to do with it once I filmed the house from the sky and flying it on Haylling Island seashore.
The ultimate deterrent was the over use of drone footage on TV of cars driving through forests.

I’ve often wondered if I could use one to inspect the roof and chimney stacks, and the gutters to see if the look near to blocking

That’s not such a bad idea, it might save a lot of hassle if you can spot problems early and get them fixed. Drones are widely used in industry, for inspection of structures such as wind turbines, oil and gas installations, etc.

Am I correct in assuming you don’t need to register as an operator (only £9) if the drone weighs less than 250g?

The new rules are only mandatory for drones and model aircraft between 250g and 20kg.

There is a fairly basic test to complete (on-line normally) 20 questions, pass mark 16 and as many attempts as are necessary to pass.

There are also lots of limitations as to where you can fly legally (e.g. in sight at all times, not in a congested area, not within certain distances of various installations etc - and as well as that there are privacy considerations, and not annoying neighbours, even if it is your own roof you are trying to view.

They are great fun - I’ve been with somone flying a Mavic 2, which is an amazing bit of machinery and fantastic photographic tool, and I’d love one! He’s just going through his commercial licence application at the moment, compulsory if you use it to make money, and the 2-day concentrated course he was on recently for some of the theory required for the exam was much akin to what aeroplane pilots have to know (though presumably in less detail!).

(though presumably in less detail!).

The written exams for the ATPL (Airline Transport Pilot Licence) take most people about a year’s worth (1,500 hrs) of study and practice exams. Then of course, there is also about 250 hrs of actual flyig training.

My wife’s brother in law was a Sqn Ldr pilot in the RAF and when he left, it took him a year to get his ATPL, at a full-time flying school, just as Don says, even though he had been flying fighter jets for years.

For a while he flew Jaguars and he told me that the aircraft was so underpowered that the RAF pilots that flew them reckoned that it only took off “because of the curvature of the Earth”, which made me smile at the time.

Being a drone and model aircraft pilot I can confirm this is correct.
The online safety risk assessment test is straightforward, and there is the £9 per annum licence to the CAA. (Civil Aviation Authority)
I recommend if your son really wants to enjoy and develop their skills that they join a suitable association which can collect the CAA pilot licence as part of membership and help prepare for the test, but importantly give advice and instruction in piloting these devices and help build confidence.
Two example organisations for hobbyists are:

As far as the drones themselves any of the smaller DJI consumer models are great to learn and develop your skills with. They also carry good automation and safety features to help reduce ‘fly away’ and crashes. They are not cheap, and the last thing you want is to destroy the device through learning error and destroy your confidence… again the organisations mentioned above can help with clubs and training.
The CAA will provide your aircraft registration which you now must attach to your aircraft/drone.

The new Mavic Mini seems to be the mutts.

I would suggest if going above 250 g then try not to get too small a drone… the drone needs to be visible from your position, and if too small you will severely limit how you can fly it and will limit the potential enjoyment from it… unless you simply want a nearby wireless camera… but IMO that would be extremely limiting… unless it’s more for photography use.
Do bear in mind in the UK if you want to have what so any commercial interest of any photography you produce you need to pass and procure an annual commercial flying licence from the CAA. In the UK it is all rather draconian and regulated.
I would say the Mavic Mini is more simply a remote wireless camera.