I discovered on Mono and Stereo a picture of a system figuring Ear 833 mono amps.
I found no information on that amp. Is it new? I am very curious, as being a big fan of that brand. Maybe someone in UK knows something.
@MrUnderhill ? 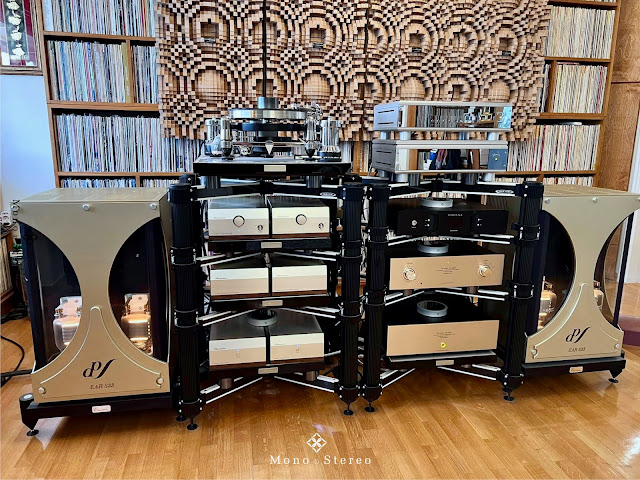 I may be interviewing Nevin in the not too distant future - I’ll let you know.

Thanks. Yes it looks amazing. Wonder if it’s not a stratospheric price, as the discontinued M100a. 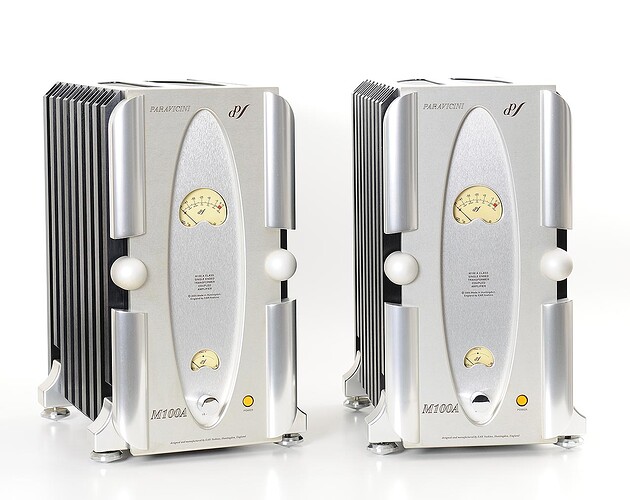 Amplifiers or part of the International Space Station!

Visually they are not that pleasing to me.

Not sure for me, I found no other pictures of them. More curious than marwelled by their look.

Yes indeed. It would definitely not fit in the hall of mirrors in the chateau de Versailles

It seems to be old and possibly a one off design.
It is mentioned in an obituary by Jonas Sakkis in Hiend News.
500 watts!

There used to be a (Japanese?) company called EAR (‘Esoteric Audio Research’), which manufactured valve amps designed by an Englishman called Tim de Paravicini. Is that the same thing? The same man had previously designed a very stylish (chrome covered) valve amp called the TVA250 (perhaps?), which was a highly developed version of old designs such as QUAD or Radford valve amps.

Are these all related in some way?

(I would check, but my MacBook is still not cooperating much.)

That is the man. He designed for Luxman in Japan before setting up EAR. Born in Nigeria, married to a Japanese lady. He designed and consulted for many companies, TVA, Musical Fidelity. He also worked on studio equipment, including for Mobile Fidelity Sound Lab. Meeting By The River is one well known album.
The Pink Floyd remastering is said to have been done on one of his tape machines.
More recently, before his death he worked on the Quad QC24P and MoFi phono stages.

Thank you for that. He seems to have been a very clever man, who must have led an interesting life. I’m sorry to hear of his death.

I think visually they are okay if you had the right cavernous room and somewhat industrial decor.

Not many people do. I certainly couldn’t pull them off. But definitely, to my eyes, just a case of being very hard to visually accommodate rather than actually ugly.