It was with a tinge of sadness that I read a couple of days ago that British Airways have decided to retire their fleet of 747s with immediate effect. I realised then that my having grown up with parents living on either side of the Atlantic, travelling in the “Jumbo Jet” has been quite a feature of my life. I can still recall the intense excitement when I realised I was due to fly on a new Jumbo. I pored over specifications and details, and I felt I knew everything about the aircraft even before I’d set foot in it. It was with BOAC, flying back to Heathrow from New York (the flight out had been a BOAC 707 via Shannon). 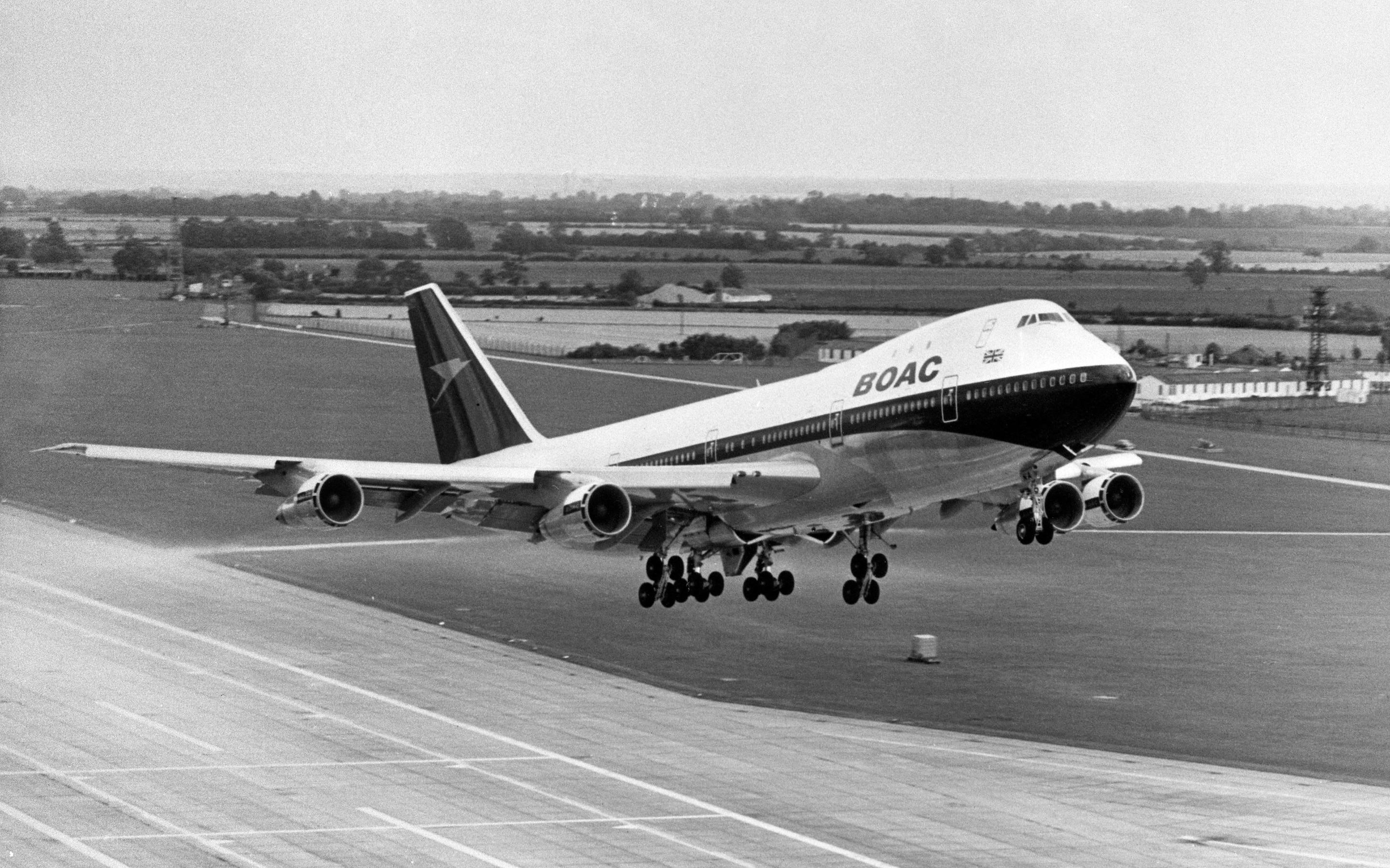 For those of us who used to fly as unaccompanied minors, you got a few nice privileges - you got to hang out in the Vip lounge and could board with first class (but sadly not sit there until the last half hour or so). You were accompanied by lovely stewardesses who were always kind and reassuring when the plane would hit turbulence, or worst of all an air pocket, and the best bit of all, the obligatory visit to the cockpit. Oh yes, and free stuff - as much as you could stuff in your satchel! Playing cards, cocktail stirrers, drinks mats, basically anything that had the airline’s logo or name on it was fair game. Oh yes, and you got to join the Junior Jet Club… don’t get too excited, the highlight was a badge!

After that, during the '70s it was mostly Pan Am Jumbos, interspersed with some from British Airways, then moving on to the big Orange Braniff Jumbo (which proudly declared that their leather seats were from proper Texas cows!) for a year or two when my father moved out west. The '80s saw me frequenting Northwest Orient or TWA Jumbos, especially the latter while at school near Boston. I noticed during this time that the TWA Jumbos were beginning to look a bit down at heel, and the freebies had definitely started to dry up. No more free packs of cards, de-regulation of the industry was obviously starting to bite. Then as the '80s became the '90s it was straight into the new Virgin Atlantic 747s with their TV screens for every seat, and then back into BA Jumbos for weekends back to the UK to visit my girlfriend while I was living and working in New York. After that, most airlines generally started to move to smaller aircraft for most of the US destinations and the days of the transatlantic Jumbo were pretty much over except on the busiest and highest volume routes.

Since then my flights on 747s have been fewer and fewer - mostly just on the very long haul destinations out the East and Australia and NZ. However, one thing has not changed; there’s still something about a “Jumbo” that gives just a touch of that same tingle of excitement I got as a kid. Even just seeing BA’s fleet all lined up on the apron at Heathrow - it’s a pretty cool sight, but one that will be no more. Farewell Jumbo.

I never flew on one Richard. Great shame.

On the few times i flew a jumbo i always tried to get a seat on the upper deck, less people and a more intimate service. I have been flying 787 dreamliner more recently, nice and quiet…but something missing compared to the older jumbo.

My 747 story: when I was a child and these came into service a family friend told me that they were so advanced that they had swimming pools on board. I was 5… and believed this for years!

Yep, I always used to bag an upper deck seat with Air France / KLM / TAP for my long haul flights to and from Brasil, mainly for the same reasons as yourself, but also because I’d convinced myself that the view was far better from up there too!

Edit: “TAP”, not “TAG”, which refers to something else entirely, sorry!

I have been flying 787 dreamliner more recently, nice and quiet…

But really uncomfortable seats IMO. We’ve happened to do a few long hauls over recent years and 747 was OK but somehow felt old(!) The 787 is nice and fresh but defo built to a price it seems. Personally, we found the big Airbuses to be far the best.

Chap I know is a high up engineer type at one of the airlines that uses all of the above. He loves the Airbus too and for all sorts of reasons would rather fly on them than a Boeing !

Lovely memories, @Richard.Dane. I remember my first time on a 747, as a teenager heading to Canada in 1973. As I approached it, I was stunned by the sheer size of the thing. It towered over all the other planes on the apron.

I did work down in Angola for a while, but my employer wouldn’t use Air Angola under any circumstances, which was quite reassuring, since, at the time, they were banned from flights in and out of most European airports.

I only travelled once in a jumbo, my first long haul flight to Australia from Heathrow in April 1980 on Qantas flight 001. Here’s a pic: 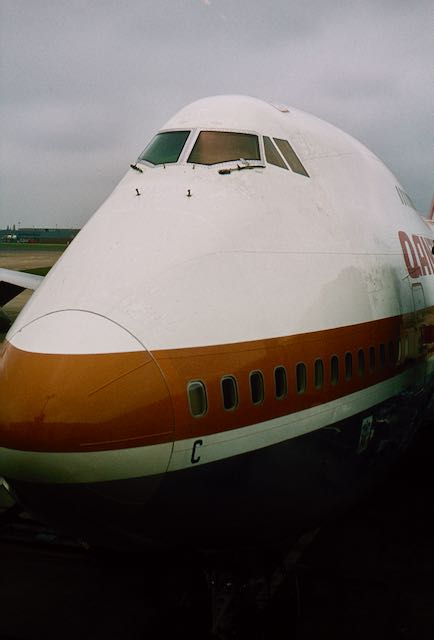 I know (the variables of that company well):
I´m from a refugee family that was born and raised in Angola and had to flee to Portugal after the revolution 74.

My employer, as I said above, refused to use TAAG, so you can probably imagine my relief when, the day before my first ever flight down to Luanda, on British Airways, an Air Angola flight managed a crash landing on the main runway.

Always good to have adventures?!

Sad day to think that I’ll not fly on a BA 747 again. I started a log book during my work life & BA 747 flights made up the vast majority of my long haul with 5 or more 8 hour (plus) return flights every year for over 25 years.
My first 747 was to Boston with TWA in 1978, the 1st BA was a year later to NY, longest flight was LHR to Brisbane, a 2 stopper in those days.
I continued with the log book since retirement & can see that my very last BA 747 flight was last year to J’Burg & return out of Cape Town.
I flew in all the cabins, including the very best of BA 1st Class in the good old days of their legendary top end service, but my seat of choice was Business Class on the lovely quiet upper deck.

It is a passing of an era… I used to sometimes love flying in 747… upstairs with a walk up bar… standing talking sipping a gin and tonic at 30,000 feet looking down through a port hole window with clouds and ground below was a surreal experience… but I think that was Virgin Atlantic rather than BA.
But they are relative gas guzzlers … and technology moves on…

There is or was a good programme on iPlayer on the history and introduction of the 747, the successor of the 707.

the flight out had been a BOAC 707

The original screaming banshee! Living under. Heathrow flightpath, when taking off that way having to break off conversation - and school lessons - for 20 seconds every minute it was so nice when they were replaced!

always tried to get a seat on the upper deck

I only sat there once - and found it a worse experience as wind noise was greater than having a deck above you.

Indeed. They say the best place ( biggest room for the legs) less shaking and for safety are directly above the wings.

And lLisbon / Açores in Lockheed TriStar