From my limited experience with Naim speakers, I was wondering if members could recommend other speakers that are also fast and articulate with accurate bass.

To start things off, the Harbeth 30.2XD is a fast speaker for a ported design. It’s bass is not as dry as say the SL2 and I actually enjoy the midrange on it more than the Naim speaker. However, it is second to the SL2 on speed as I’m sure most speakers are on the market.

Everyone is going to recommend every speaker they own. You’re not likely to get a lot of value from the question, but you will get a lot of responses.

Any dealers nearby to just guide you from what’s available in your price range?

A while back, I auditioned ATC active speakers against my Neat MF9s. and they were certainly fast and accurate, with an exceptional midrange.

However, I decided against them, as, to my ears, they sounded a bit sterile and lifeless compared to the Neats.

Worth a listen, though.

The Harbeths are many things, and fine speakers, but “fast” sounding in the way we consider the word with speakers, with a really agile bass, I would say perhaps not, from my own experience.

SL2s, yes. SBLs, yes. IBLs, yes. DBLs, yes. In fact, you could include most all Naim speakers here, as this is an area where they usually excel.

Plenty of smaller speakers would also give an impression of being fast, mainly because they don’t try too hard to give bass in quantity.

Other than that, have a look at the speakers that tend to be matched up with Naim systems on here. Many would I’m sure qualify in some way or other.

Yes i agree. It’s fast for a ported design but sealed speakers will always offer more agile bass. I believe it’s the smaller dimension of the speaker and lack of deep bass that maintain the impression of agile bass. Having said that I’ve also heard small speakers that do not sound as quick as the 30.2XD.

Active speakers or monitors are generally considered to be faster than passive speakers, for instance ATC as mentioned by @dave-marshall or KEF LS50.

I can speak from only limited experience, having auditioned a few options last year before settling on a pair of Fyne F502SPs. They were tighter and faster than similarly priced Focals and Sonus Fabers I compared them with, and offered more presence than otherwise terrific speakers from Totem. We’ve got a large open plan living area with vaulted ceiling that likes the bigger speakers, otherwise I’d have gone for Totems (or the recently released and smaller Fyne F501SPs).

Fyne doesn’t get mentioned a lot here so it doesn’t appear to have built a following among Naim fans, but I’m really happy with the F502SPs. They seem to go from strength to strength and get better every time I upgrade the boxes upstream

Oh, hold on, you said accurate bass as well. Maybe scratch that.

Actually, my Kudos S10A’s are pretty “fast”, having just a single component in the crossover in-front of each drive unit (an inductor in-front of the bass/mid unit and a capacitor in front of the tweeter) I think It’s the complexity of the crossover of some loudspeakers that tend to give them a feeling of a “dead-hand” across the music.

Here’s the crossover from a Harbeth P3ESR 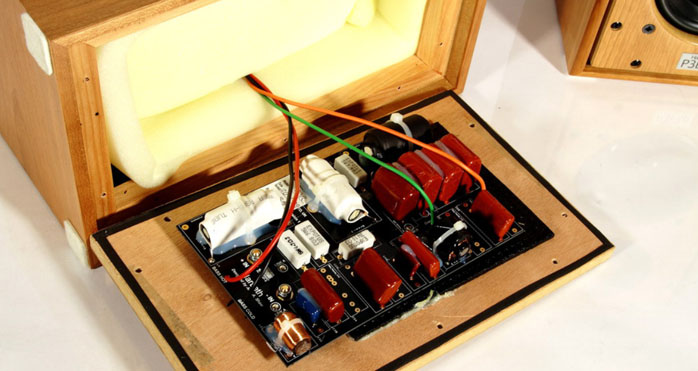 They do sound lovely, but fast? No.

How do the s600/800 speakers compare to the SBL/NBL/DBL in terms of speed?

Active speakers or monitors are generally considered to be faster than passive speakers, for instance ATC as mentioned by @dave-marshall or KEF LS50.

Good point. I have a pair of IBLs. Sadly underused at the moment but I am aware of what is meant by Fast in speaker terms. I also owned Kans many years ago before moving on to Isobariks. In passive form Briks can never be described as a Fast speaker, although they do have their own strengths. However when in active form they really come alive and although still not in the IBL league in that respect they do become much more fleet of foot, whilst retaining their other strengths.

How do the s600/800 speakers compare to the SBL/NBL/DBL in terms of speed?

Its an unfair & unequal comparison, I’ve never compared them with the same amplification and the older *BL loudspeakers have different positioning requirements versus the newer 400/600/800 loudspeakers.

I can’t part from any of them …

They are considered very fast speakers relative to the older generation.
And this is from my experience with SBL / NBL.
Even opinions given about them at the time, defined them as “incredibly fast”

In my experience, Harbeth SHL5+ sounds slightly faster and more agile than M30.1 and 30.2 Anniversary. No experience with 30.2 XD.

The Harbeth are surely not the fastest sounding speakers around. I have been a Harbeth owner for more than a decade now, and if it hadn’t been for Naim I would not be using Harbeth loudspeakers today.

The Harbeth SHL5 sounds slow with most amps out there. I tried about 7 or 8 amp combinations with the SHL5 about 10 years ago and the Naim remains the best sounding amp for the Harbeth. The energy, drive and dynamics brought the Harbeth to life. The PRaT of the Naim is real, at least to me. I recently tried 2 amps about a year ago touted to be some of the best amps for Harbeth, Sonneteer Orton and TOTL Luxman L-590AXII Class A integrateds. This time with the SHL5+ but the speakers still sound best with 282/250DR - to my ears and preference.

If I’m not mistaken, you have tried or owned the SHL5+ in your system before prior to settling down with the M30.2 XD?

The OP has asked about fast speakers. But does the power amp not play a more significant part keeping the speaker controlled than the speaker itself?

" But does the power amp not play a more significant part keeping the speaker controlled than the speaker itself? "

IMO, it certainly plays a part - and is something than Naim Power amps excel in. 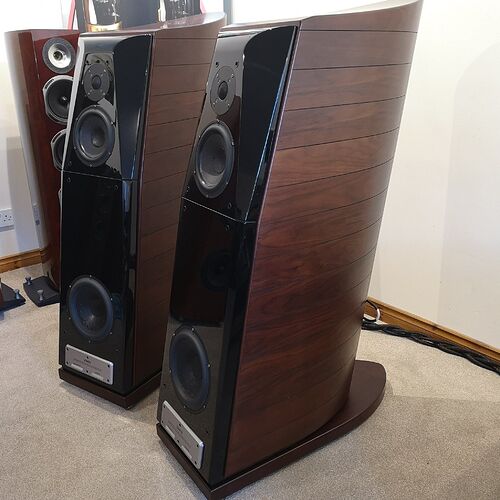 These ones certainly look like they are going fast.

Just taken over by the nautilus … 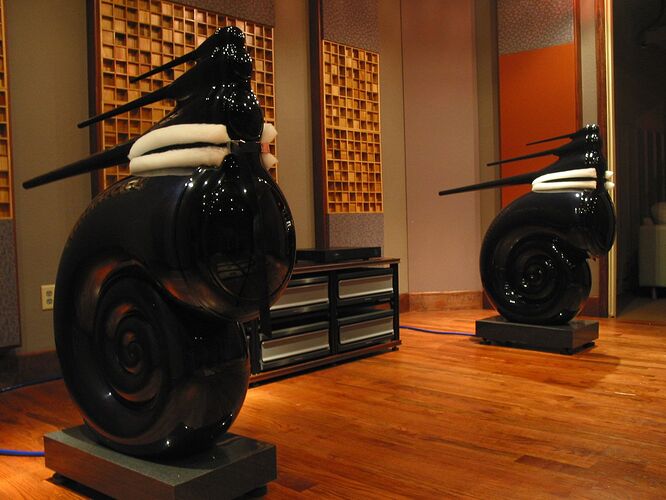 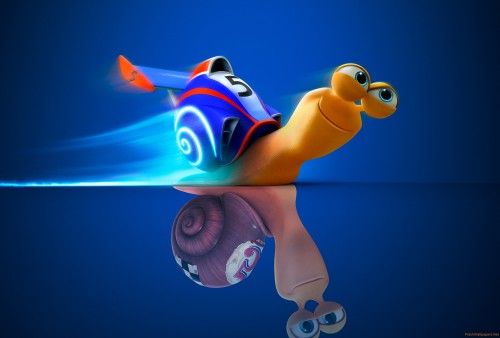 There was a letter along these lines this month in one of the hifi mags. The ability to deliver ‘fast’ bass means a smaller drive unit that can react quicker. However you need a larger driver for better, lower bass. The solution is multiple smaller bass units rather than one larger.

To me, with my simple mind, this sounded logical and correct.