Feed your soul: the 31-day classical music diet for January

An interesting one-a-day eclectic classical music selection for the new year from the Observer’s Fiona Maddocks. As someone who wanders around the edges of ‘classical’ without much knowledge it’s nice to have some guidance on what to listen to and I will also create a Spotify playlist.

Wondering if there are other lists out there like this that people would recommend? 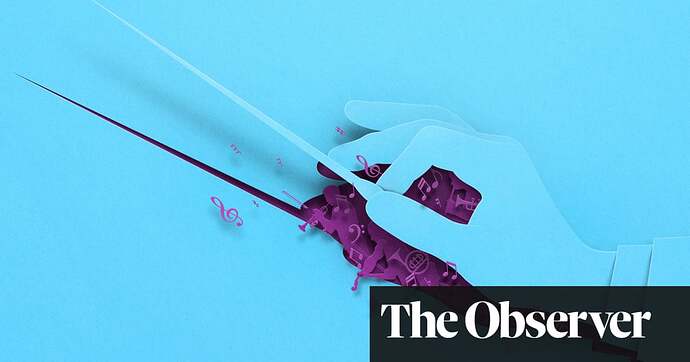 Feed your soul: the 31-day classical music diet for January

From gentle awakening to explosive fanfare, duelling pianos to one chill lone voice, expand your horizons with a month’s worth of classical ear-openers

Sadly it’s not in the correct order … I mentioned it in the music thread but forgot to include the article.

I’m not sure how it works; when I went to the link used for another thread I had to go to my playlists on the Qobuz site. And I suppose you have to a subscriber?

I can’t open the attachment either.

But the dear old Grauniad were always klutzes with technology - the amazing thing would have been if the link worked.

I would be fascinated to know the recommendations if anyone can find them.

Mia culpa … this should work now that i’ve made the playlist public. Apologies again that its not in same order as the article, and that there are a couple of additions just because I liked the interpretation.

Thanks for that. It’s an odd list, in my opinion, with some unexpected artists listed.

For example, why list just one member (of four) of the Italian Quartet, who never played other than as a quartet?

Blame Qobuz for choice of artist / performer; as for composers and pieces I thought it an eclectic list.

But the dear old Grauniad were always klutzes with technology - the amazing thing would have been if the link worked.

But the Guardian link did work for me. It was the Qobuz link that didn’t, at least at first.

I find the list very interesting and particularly the inclusion of several 21st century works, by female composers, too. It helps to show there really is more to classical music than DWM from nineteenth century Germany.

It’s too late in January to go through the first few items on the list on the specified dates, but I think I’ll start with No 6 today and then try one a day.

Thanks to @Alan_R for the heads-up.

I agree about the interesting range. On that point I wouldn’t miss number three ‘Nautilus’ by Anna Meredith. Try it in the morning if you need waking up!

Also something you could do would be to listen to Qobuz’s Best of 2022 Classical playlist. It’s pretty good, and introduced me to some new works and performers.

That’s one I already know! I’ve got the whole CD of Varmints and it’s a great listen. A brilliant workout for the hifi, too!

Missed this thread originally🤷🏻‍♂️
Thanks for the link, I’ll give it a listen. Came up on Qobuz first time for me, but I think you must have already fixed it🙂