I used to be of the opinion that the Buckingham/ Nicks incarnation was the most unlistenable, cocaine fuelled AOR dreck; the kind of music punk was completely justified in slaying. However, over the last few years I’ve turned 90 degrees and now consider Buckingham to be a musical genius. A masterful songwriter and phenomenal (and highly underrated) guitarist. To come out with something as leftfield as Tusk after the behemoth that was Rumours must have caused a few executive heart attacks. Anyone who believes post-blues Mac aren’t worth the bother are cutting off their noses to spite their face imo. Can take or leave Nicks tho.’

I think Buckingham is one of the most underrated guitarists of his generation. My first opportunity to see how good he was saw me and G/F paying a lot of money to watch a shambolic mess, further marred by the band members arguing and at one point, brawling on stage. An unprofessional shower. But one hell of a guitarist when sober and straight.

I’m afraid I’m still in agreement with your first part.
I think America ruined Fleetwood Mac, turning them as you said, into AOR dreck.

But…each to their own. I’m glad you enjoy them!

I can highly recommend the ‘alternate’ versions of the self titled FM album and also of Tusk that were issued on RSD vinyl (and on the Deluxe CDs?). The alternate Rumours is due for release on vinyl this year.

A bit harsh! Like many other children of the 50s, I still thoroughly enjoy the original FM of Peter Green, but remember being absolutely captivated by Rumours upon its release in 1977. Tusk, of course, is an absolute masterpiece. How lucky are those of us able to enjoy both - double the pleasure! This type of post always reminds me of the Genesis debate.

Thoroughly recommend this album. The playing and ‘audiophile’ credentials are top notch. 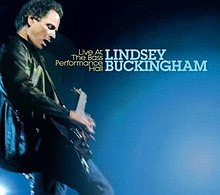 I also enjoy the oft overlooked middle period. Bare Trees in particular is a fine album.

Yup - got them all! The only FM albums I don’t play often nowadays are the last couple, ‘Time’ and ‘Say You Will’, which I felt were pale imitations of their best efforts.

Rumours is a pop music masterpiece but often ridiculed by the aficionados of the Peter Green FM era. Interestingly one of my daughters went overboard on Rumours but then she heard Man of the World…

Dog and Dustbin and Rumours should be viewed in the context of their eras. Both outstanding. Both perfect for their time. They might as well be different bands.

Exactly. She must have loved Oh Well too