I had a Moody Blues week last week having not heard these old favourites of mine for a while & not recalling any recent posts about them here.

It reinforced my view that the ‘Magnificent Seven’ albums (Days of Future Passed to Seventh Sojourn) are indeed magnificent. Progressive rock pioneers with very nice voices. There only downside for me was that my mum liked them from the off as well. Not something a trendy, near teen, would ever want his mates to find out!

Considering these complex recording are, in the main, over 50 years old (as my albums are), I felt the recording quality was excellent & in no way gave away their age.

I then listened to the four albums after these seven & my vague memory of them remains unaltered. The Moodies seemed to have run out of ideas & simply produced OK songs that were very ordinary & not particularly memorable (with a couple of exceptions). Bland may be a fair description of these albums.

I have read that the later albums lacked the technical flare of the earlier one as the old albums were to complex to play live & the band wanted more material that they could perform in front of an audience. I guess that todays technology would allow them to produce their studio wizardry on stage?

So, in my opinion, a great band whose material has become somewhat neglected. Old Moodies fans, get those albums out. Never heard them? Please give them a listen, you may be in for a pleasant surprise.

A big favourite of my wife who actually likes the later, more simple albums. For me they were never quite the same when Mike Pinder left……and then Ray Thomas. But those early albums are classic👍

I only came to the MB’s with the release of Question and to be honest I don’t think they ever beat that, before or after.

It really depends what mood I am in.

It really depends what mood I am in

I see what you did there!

Certainly not forgotten by me! I have the first 8 albums (mostly rips from my vinyl, *A Question of Balance and onwards from date of release, the others later as at that time I lived at home and my brother had them so we shared.) Hard to pick a favourite, perhaps Question or Threshold of a dream. I think I’ve played the first 6 albums in the past year of so, those two more than once.

I Totally agree with your assessment. Octave has just one good track , Long Distance Voyager just a couple. For me they reached their peak with Seventh Sojourn, but there was so much good stuff on the previous six albums.

This is where it started though 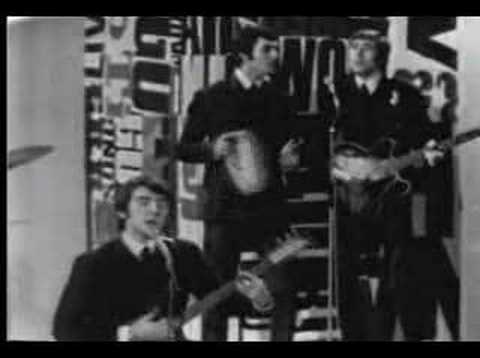 As a young boy I used to listen to Days of Future Passed with my eldest Sister on the record player in her bedroom - her favourite was Nights in White Satin, mine was Tuesday Afternoon. I included Nights in a compilation tape I made for her in the late '80s. My nieces and nephews tell me she would play it in the car over and over and they learned to love all the tracks on the tape. Sadly she passed away in 2006 and nobody knew what happened to the cassette. So recently I decided to make an up to date digital playlist version for my nieces, nephews, and also for their children. Needless to say, Nights in White Satin and Tuesday Afternoon are both in the playlist.

A sad story Richard but I hope the tracks also rekindle some happy memories.

I am regularly surprised at how often music from that era triggers memories that, without the musical reminder, I am certain would remain forgotten.

I recently added Days of Future Passed in hi res from Qobuz and it sounds incredible. This is another band that got a little worn out to me but I’ve recently come back to.

Big fan of the Moody Blues and have some great memories of their earlier albums. Loved their use of string and that big sound stage. However they do put a bit of filler on most of their albums which for me is a huge disappointment, but it hasn’t stopped me from playing them. My favourite albums Seventh Sojourn and a surprise from their later period Long Distance Voyager.

Couple of things that interested me were the court case Moody Blues v Patrick Moraz - it’s all on YouTube and goes on a bit, but Graeme Edge could have been a stand-up comedian. Justin’s time on the stand is interesting. 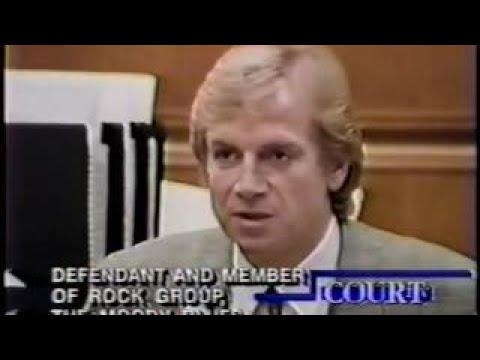 Other thing is who owns the rights to Nights in White Satin? - worth checking out as it’s a sad story. Just don’t mention the name Lonnie Donegan to Justin!

Your talking to a massive Moody Blues fan Ive said it many times. When Mike Pinder and Ray Thomas left the Band it was there downfall. Let’s remember them up until the Octave album, before that they were stunning And that Haunting Mellotron will never die out

I was introduced to the Moodies by two very good friends of mine and started with the On The Threshold Of A Dream album but I had also recorded Fly Me High and Love And Beauty from Radio One on my Stellavox R2R! I then saw them at the 1970 Isle Of Wight and remember hearing Nights In White Satin while the sun set; except I didn’t as on the film it is nighttime! Memories huh.