Two heavy sheets of tarpaulin, one over the other, and pegged down hard into the soil, will kill off the knotweed (no photosynthesis), if left unexposed to sunlight over a period of (several) months.

Spent the afternoon tidying and repotting my indoor garden.
All under uv light for the winter. 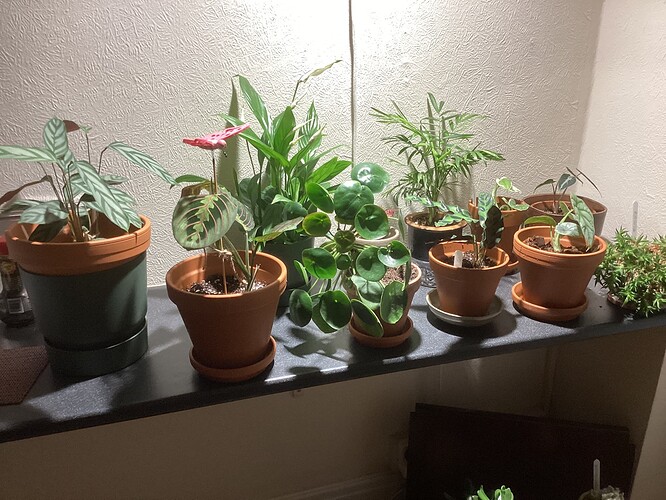 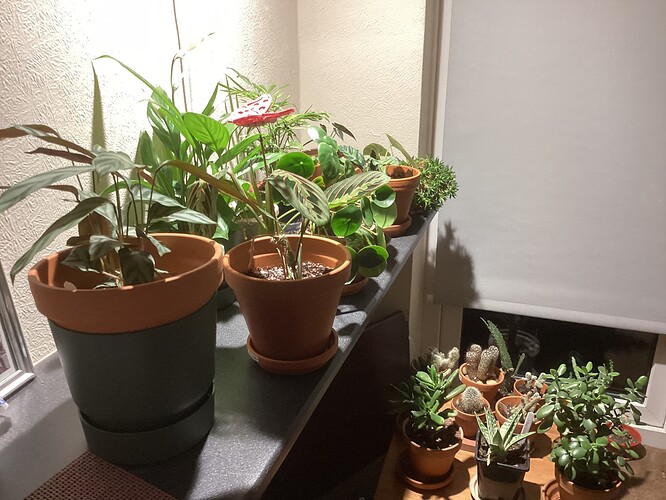 I will expand it with more tropical foliage,as outdoor gardening becomes a struggle,and purchase a plant humidifier.

All I can do now is pay the bills and pray 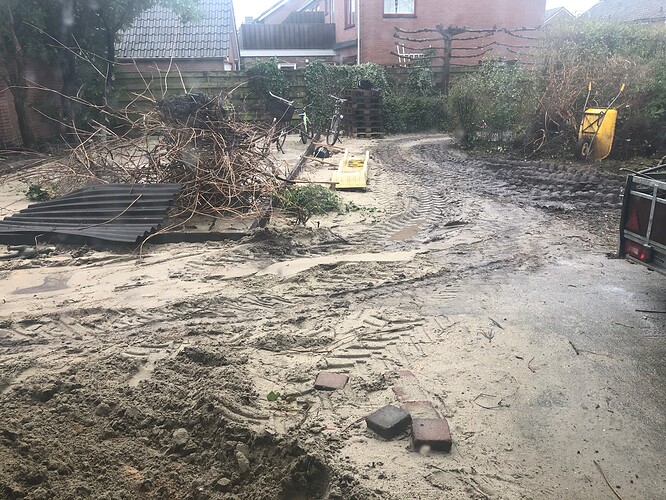 My entire garden looks like this. 1000 square muddy metres.

Pruned the wisteria at the same time as last year. They need two prunes a year and this one in Jan stimulates the flower buds.

Here’s a pic yesterday and the same time 2022 to show the difference. It’s filling out nicely with more buds and twig formation. It will be interesting to see the flowers this year, as they can take a few years to flower properly. Last year was disappointing. This variety has racemes of over a metre, but mine last year was only about a 1ft.

Whilst pruning with my Tobisho, I noticed a tiny spec of rust on the polished blade side. I have 5l of Evapo-Rust, so poured some in a cup and put the blade in for an hour. Really clever stuff, the spec disappeared. It’s the best rust remover I’ve used and doesn’t damage the metal. 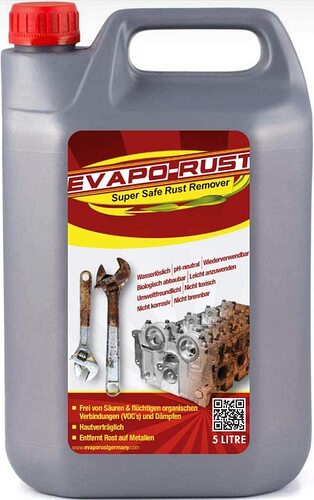 After this, as the metal is polished, I thought I’d hand polish the surface with Peek. It came up like a mirror. Only slight problem is the polish leaves an invisible residue to protect the metal and this dissipates any oil you put on it afterwards. So I had to clean the surface with acetone and reapply oil. I was disappointed with the tiny spec of rust and wonder if camellia oil is actually any good, considering these tools are stored in my house. So I’ve tried another oil and see what happens this time.

Here’s the polished finish now. Considering this isn’t stainless or plated, just bare polished steel, quite beautiful. I don’t mind admitting that I shed a tear as I polished it. 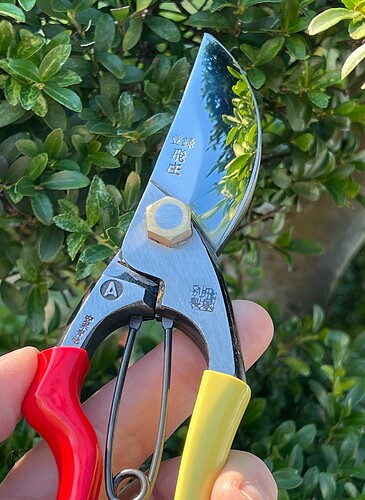 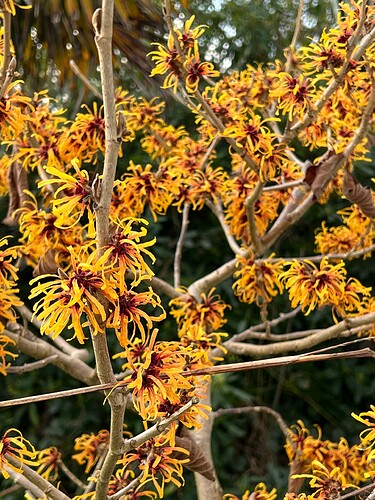 The gardeners have put 4 runs of 45m electricity cables in the ground as well as an hydration system, sewers, utp cat6 and water.

Difficult to show here - it’s all mud and snow- but it’s going to be convenient on the longer term since it allows us to put pv systems on the roof of the buildings, a car charging point and those kind of future facilities.

Bloody cold this week – and particularly chilly this morning. The green was frozen and barren today (albeit with the bulbs emerging – including tulips). 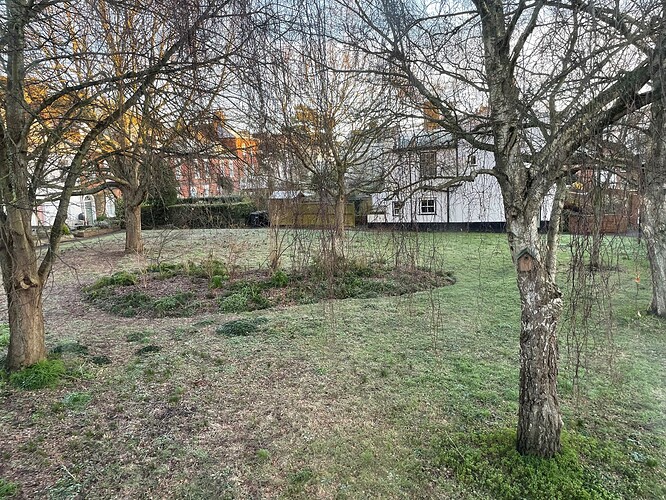 But not long now til we see a colourful transformation. 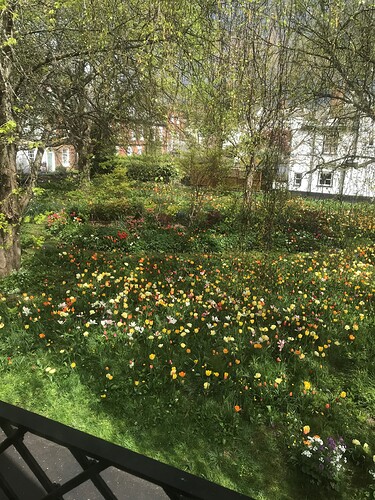 Bulbs are slow to emerge here except for the garlic. 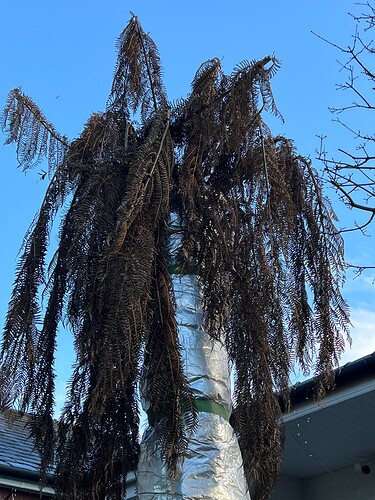 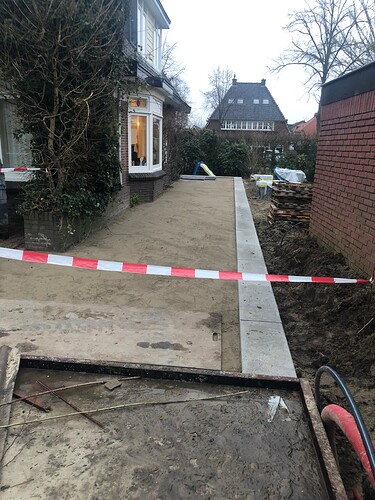 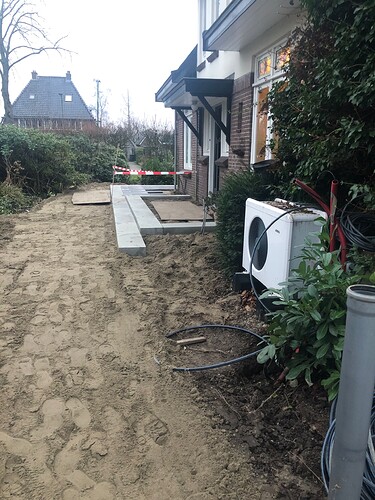 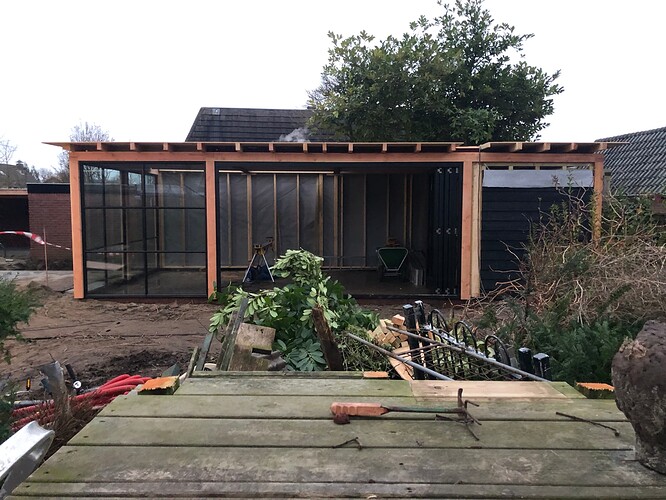 Where in the country are you? We’ve had our fair share of icy days/nights here in Devon this winter, but mine seem to be doing OK (and without protection - although they’ve no doubt benefitted from city centre temperatures). 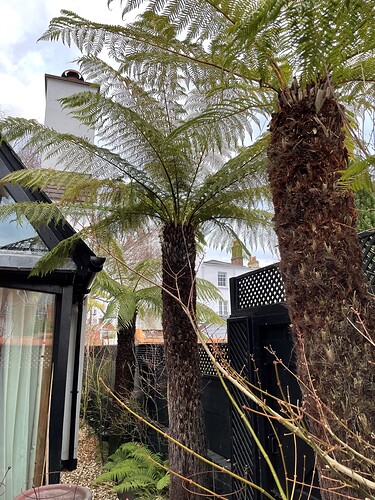 Yes frost damage. We had a very cold 10 days or so where the temp didn’t rise above 3-4c and two nights of -7c. I haven’t seen my fronds like this since 2010/11. Luckily I got the wraps around them and heated cables just a day before the two -7c. I have all the stuff, but not organised enough. 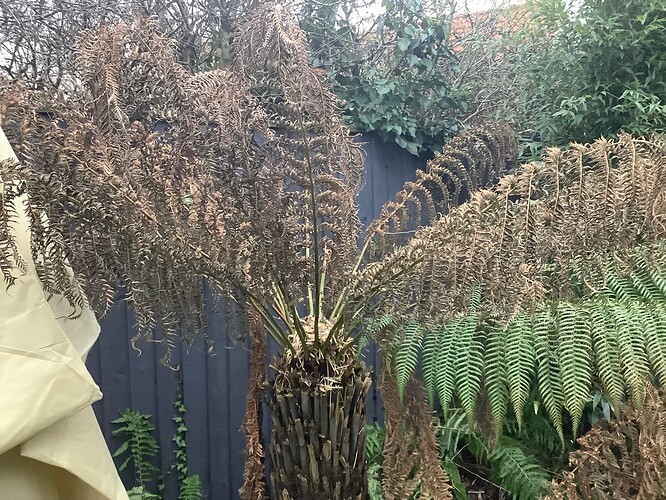 I’d cut back the dead fern leaves back to the trunk, or a sprouting node. They should then come back in the spring. They are very hard to kill and will sprout from a fallen plant.

They will more likely survive than not. If the crown has turned to mush then it’s game over, but you’ll probably find that next season’s tightly curled up crosiers are protected and firm to the touch. Cold snaps aren’t uncommon in their native environments, and they will experience many such situations over their long lifespans. The winter here has witnessed (short) cold spells and wet spells but rarely together over a sustained period. Cut back the brown fronds in April and you’ll soon see the new ones emerge later that month.

I’m hoping for a recovery. I’ve grown them before and they’ve survived but I lost some a few years back when there was a sustained cold spell.
I’ve been used to them surviving with straw stuffed into the crown.
I hope appearances can be deceptive.