Genesis - The Story of A Trick of the Tail 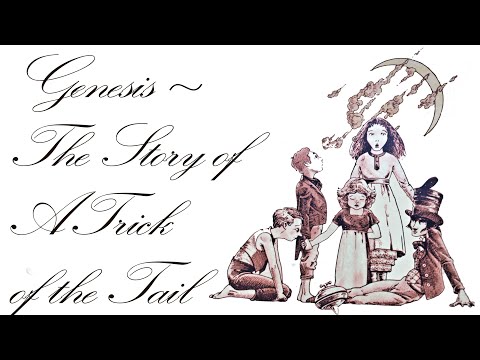 I’ll get me coat.

My most played Genesis album. And my favourite.

It’s a great album.
No doubt about it.
Sound quality is tip top as well - in whatever format.

Trespass, Nursery Cryme & Foxtrot for me. After that……bit of a decline…….

Saw the fifth night of the tour in 1976. Believe Chester Thompson was the drummer and bizarrely, Linda Rondstadt the warm-up band.

Timely thread. Yesterday I was given this picture on canvas. The photo was taken in 1972 in New York during their first American tour probably promoting Foxtrot.
Still deciding what to do with it as it’s huge. 50”x30”. Definitely not going up a wall! 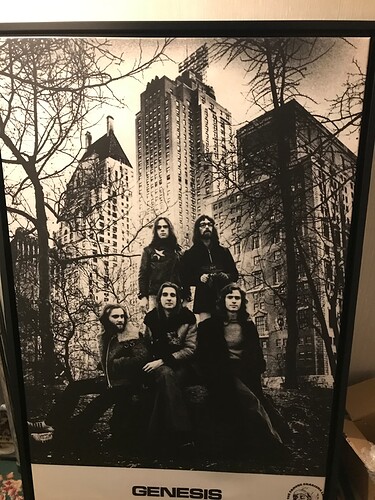 That would be Bill Bruford

I stand to be corrected but I dont believe Bruford toured

One of my favourite Genesis albums too.

This is by far one of the best CD versions. The sound quality is sublime, very analogue sounding and easily beats the later Virgin 1994 remaster or the most recent awful brick walled 2007 remaster…

Any love for Selling England By The Pound?

Good on a stairwell wall?

Nope. Not a teenager anymore and the other half would probably serve me the divorce papers.

Bill Bruford definitely toured, with Genesis. He was their (Phil’s) first choice. He declined to continue, after that tour, when asked. He is quoted as saying the internal politics were too much for him, I believe…? He returned to King Crimson…

Chester Thomson was the 2nd try, in Genesis - and he stayed. Until Phil’s son…

Good to see some positive ‘vibes’ on this thread…

Personally, I prefer the ‘original’ Genesis - but the 4 piece was also impressive.
After that though… YMMV.

Love this album. I still remember as a student out in the States riding my bike into town for my weekly visit to Pitchfork Records and spotting the MFSL vinyl of Trick Of The Tail is amongst the new arrivals. I had to have it, even though the $18.99 price tag was a LOT of money for an LP. It has remained one of my most beloved Mobile Fidelity LPs and also one of the few that was an improvement over the originals regardless of system or front end.

@Richard.Dane - I also have the MFSL Half Speed version - as well as the standard one, which is no slouch in my view. I cannot recall how much my MFSL copy was in the UK…

I just posted what YouTube had ‘found’ for me - having looked at part of it and thinking it seemed quite good… Why did YouTube do that…? Just its algorithms…