I got up early so I start a thread.

Is there anyone who, likes me, loves this idiosyncratic recording? GG himself is reported to have said, of his Mozart complete Sonatas (but I very much regret he didn’t add the short, wonderful and amazingly experimental Kv574 Gigue), I think that with Mozart I did my worst.
Not true, in my opinion. I believe that he so much loved to be controversial at all costs that that was his way to admit he had actually done very well. For sure, some of the tempos are intentionally fast and inexpressive, but to me the whole body of the Sonatas has important features:

Anyone else for GG’s Mozart?
Thanks for reading,
Max

I would need to again have a listen as I have mainly focused on his Bach. While I generally tend to like for Mozart the known great accounts of people like Mitsuko Uchida…, I also love a less middle of the road Fazil Say one.
I will have a listen again, and report back on Gould in the next days…

Looking forward to.
Thanks,
M. 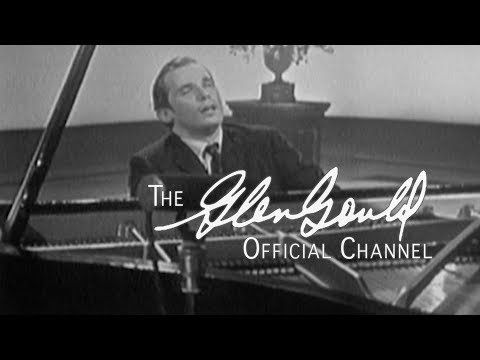 I am playing it now for the first time, though 1:40 AM might not be the optimal time for a new exploration. The verdict is still out but it is is always the case with a first listen. Perhaps daylight will provide more insight .

thanks for this beautiful video. I think it somehow proves - or at least doesn’t contradict - my points. The second exposition of the Second Theme and its coda (1:30 to 2:00 circa) are a beautiful example of how he manages dynamics in function of structure. And the reprise of the First Theme (3:55), with the lesser dynamics and legato left hand instead of the first time’s staccato, is a beautiful moment, embodying the reduction of the tension he has accumulated so far.

I also love his visual expressions too: to be able to witness such unashamed state of bliss is as consoling as is, to my taste, witnessing the extreme modesty with which Benedetti Michelangeli withholds his.

Music lovers, where are you? Everyone on the HiFi Corner? I feel like the guy at the wrong party…

Sorry, wrong place. I hadn’t noticed that ‘Classical’ music already had its own ghetto on this forum.

Well for Mozart’s Piano Sonatas I would rather go with Brendel, Uchida, Ingrid Habler, Pressler, Pires:-)

Well for Mozart’s Piano Sonatas I would rather go with Brendel, Uchida, Ingrid Habler, Pressler, Pires:-)

Absolutely. I especially like Haebler and Pires. Gould’s playing (of anything really) tends to give me an headache and make me agitated. Of course, he was THE poster-boy of Classical music some 70 years ago, good-looking and a bit rebellious (Classical music’s own James Dean). His playing was so different than others at the time.
But for the life of me, I just can’t fathom out what was all the fuss.

Let me a bit direct now. I have all of Glenn, but never had my mind on Mozart with him, and now I know again while listening to it like you asked. He is playing Mozart with an overdose of mannerisms which work very very well for Bach, but not for Mozart. I would even go as far as mention8ng that he plays Mozart in a Bach way. I miss the fluency the roundness of the already mentioned examples like Uchida and Pires and some others as well.

Two examples of a bit different Mozart which I digest very well are Fazil Say’s version and Friedrich Guldas Mozart tapes. Glenn however is too far out for me…

I have the complete recordings of Mozart’s Piano Sonatas with Barenboim and Pires and love all three. Yes, three, because Pires did two, one in '74 and one in '89/'91 for DGG. The first Pires recording (she was so young then) is one of the first digital recordings of all time and was made by Denon in Tokyo. It’s a 5 CD box set on Brilliant Classics you can get for about €11 - a steal and a joy to listen to! The other two are very good too, of course…

I love GG with Bach’s Goldberg Variations but I don’t like his playing with Mozart. Matter of taste, of course - GG was a master, no doubt!

thanks for your replies. While I understand a preference for more ‘traditional’ renditions such as Mitsuko Uchida’s, I sincerely can’t see a huge difference in approach between Gould and Pires: but it’s just my opinion.

@Wugged_Woy :
It’s the first time I see Glenn Gould being called a ‘poster-boy’; one never ceases to be amazed by his fellow men. You must be really someone in the music world, chapeau.

Anyway, at least I had some criteria to support my views; here I only find the usual ‘I like it’, ‘I don’t’ - sorry, this is not a discussion, it’s ‘I prefer chocolate over pistachio’.

I don’t need to be ‘someone’ in the music world to state that Gould in the late 50’s/60’s was a Classical music poster-boy, do I ?

You know, music is very personal. If I don’t like Gould’s playing, I don’t like it, OK ? If he generally gives me a headache, that’s OK too, isn’t it ? I find his Bach in particular rather relentless and tiring but often I can’t exactly say why his playing agitates me - but it just does.

You may dissect his performances to explain why you like him, but I just listen and decide if I enjoyed listening to the performance. I usually don’t.

But I will never attack anyone for having a different opinion to mine. Nor would I make snide personal comments. If I did, I would be an intolerant, blinkered fool.

Yes, I agree, the first Pires set is the bees knees

As you say, it’s an absolute steal.

The poster-boy sticker initiated some thinking. It’s an interesting one actually.

One way I do understand what W means, but there is more to that.

I’ve never extensively listened to the Mozart recordings of GG, but I do have his entire Bach recording - bought back in 2001 in a shop in the shopping mall near Tapiola Garden in Helsinki. The reason wasn’t that I wanted to explore GG, but I lost one of my Bach’s WTC1 disks which I used to listen every night. I needed a replacement. Smart guy on the box, known name, bought it.

Now, twenty years later, I have explored many good performances, and got educated in the period interpretations. When this revival & undusting, reinterpretation of the old music was starting (Gustav Leonhardt, Anner Bijlsma, Ton Koopman etc), Glenn Gould did it his own way. Doubtlessly, he did not have the same academic background as the period interpreters had, but he made his own choices which mark a sharp contrast to the standard interpretations in his days. Not everything (over)legato, adding staccato, differently chosen tempi and fabulous technique - probably better than many in his days. Using these ingredients, he put the spotlights on e.g. certain inner voices in complex music. It’s defo not a historical interpretation, but tasteful: yes. It is good music, played with enormous dedication and an entirely different take than being the standard in his days.

Two more thing are remarkable. Many concert pianists dragged their own concert grand over this planned, to mock them, GG dragged his chair with cut of legs over this planet. Also, he has chosen to retire from giving concerts for live audiences, but just do recordings. If he were really a poster boy, he would have continued to give concerts for live audiences since this gives the most ‘honour’ to a pianist.

Thinking about it, GG might look a poster boy at first sight, but the more I think about it he isn’t.

What are poster boy are those laddies in K-pop bands. Saw them last night when collecting pizzas in the local pizzeria. They can’t sing, and hardly can dance normal. Why do those Korean kids want to look like Americans?

If you subscribe to the “music as rhetoric” philosophy, I think Gould has a very valid approach with an emphasis on the “conversation” between two (or more) individuals. Is it the only valid approach? Of course not, but I certainly enjoy Gould’s interpretation of the Mozart sonatas.

anyone else for me

While Glenn’s Mozart is not for me…, I would say the essence is what every individual on this forum wants to hear. And if somebody likes his Mozart it’s good for that person.
We sometimes tend to be too absolute in defining the standard of good music, while good is a very personal definition.