I’ve known and loved ‘The Planets’ for around half a century now (yes, I’m very old), and it occurred to me that I have never even bothered to try listening to anything else by its composer. Is there any other music by Holst that I should be seeking out?

Well, as he wrote well over 200 pieces there’s quite a lot of choice one might say!

“Invocation”, " Symphony in F Major", “Egdon Heath” and “The Cloud Messenger” are all worth a listen and at Christmas, you could even sing along to “In The Bleak Midwinter”.

You should give his ‘St Paul’s Suite’ a listen

I can highly recommend this CD as a next step beyond The Planets - it shouldn’t be expensive either. Holst’s Beni Mora Suite is a long time favourite of mine. 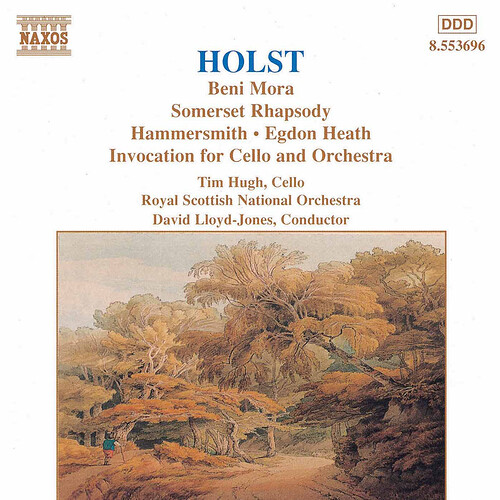 That’s a deal, Richard, if those lovely people in Salisbury can get my CDS2 going again. (I know that it’s possible, I’ve just got to get the player to Audio T to send it in.)

Thanks for the recommendation: now playing - excellent start as we drove through west Somerset last week.
I’ve also added this to my collection: 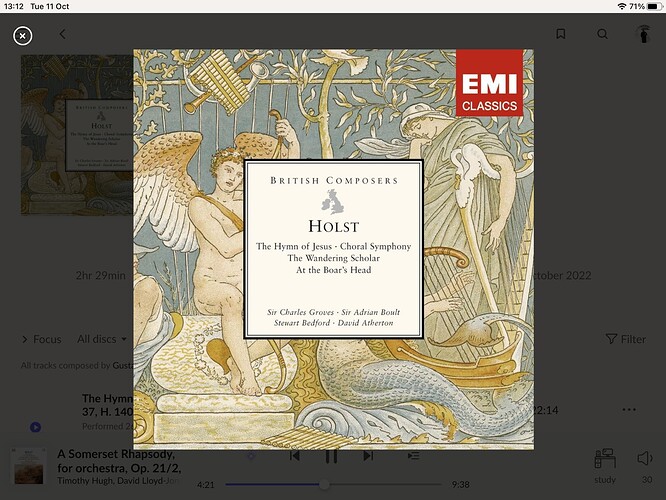 You can pick it up s/h for around three & half quid from Amazon - which I’ve just done.

The CD will sit nicely alongside my:

Holst’s “A Moorside Suite” is beautiful.

Also “A Song of the Night”, by Tasmin Little and Andrew Davis. 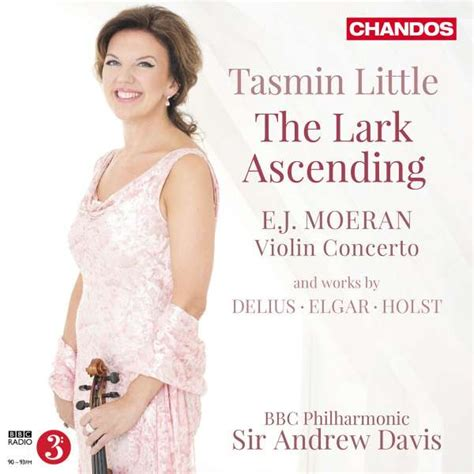 Egdon Heath is my favourite Holst piece. Thomas Hardy walked with him in ‘Egdon Heath’ and Hardy asked Holst to the go to the top of Rainbarrow at night which I think he did. It is a wonderful atmospheric composition.

If the performance is important to you as well as the music - and I don’t know what source(s) you have access to either - the recordings of G. Holst made by the Lyrita label in the late 60s and early 70s and conducted by GH’s daughter Imogen are really special imho. The LPs are the best also imho.

I would agree that the word “atmospheric” is a good descriptor of a lot of Holst’s music. At the risk of painting with too broad a brush, I would say that many of his pieces contain echoes of Vaughan Williams, Finzi or Elgar.

Especially the Invocation for Cello

Yes I agree. RVW and Holst were much influenced by English folk music. RVW collected over 800 folk songs.

And RVW and GH were great friends and critiqued each others music. GH greatly underrated in my view. Along with Richard, Beni Mora has also been a long time favourite of mine.

Holst beyond The Planets — where to start?

Lots of excellent selections above, but I can add a few more.

Holst’s next major work after Planets was The Hymn of Jesus. It’s written for a full orchestra and double chorus and manages to combine plain chant and dancing. I know of no other work quite like it. There’s an excellent performance on Chandos with Richard Hickox conducting the LSO and chorus.

On the folk song side of things, the two suites he wrote for string orchestra: St Paul’s Suite and Brooke Green Suite are both easy to listen to and enjoyable. The final movement of the former rather skilfully combines a traditional tune called The Dargason with Greensleeves. There’s lots of recordings.

If military band music is allowed, he wrote two suites which have become staples of the band repertoire and are fun listening. For the same forces, Hammersmith is more challenging, the orchestral transcription was booed at its first performance, but worth exploring IMO. All can be found on a very well recorded Reference Recordings CD with Howard Dunn conducting The Dallas Wind Symphony.

As well as folk music, Holst was influenced by Indian mysticism and literature and two works which exhibit this are particular favourites of mine. His exquisite Choral Hymns from the Rig Veda are set for female chorus and harp. But above all, it his short, spare and austere one-act opera Savitri that is my desert island choice from all Holst’s works. I remember enjoying a live performance of this a few years ago, paired with Vaughan Williams’ one-act opera Riders to the Sea. But, above all, it is the performance on Decca with the peerless Janet Baker in the title role that gives me shivers down the spine every time I listen.

But now retired from the Concert Hall, I believe.

Yes, we saw her for the last time on her last tour.
Seems so strange for a performer to call it a day at 55, but she retired the same year I did at the same age.