I think the Hadcock was a bit hit and miss on the LP12 there seem to have been so many revisions too that it’s hard to find a definitive Version that really fit anywhere my one is balanced horizontally by two outriggers with bias weights rather than the 2nd off centered counterweight.
So who knows I’m hoping the solidity of the Technics 1210 will be a good match for a unipivot and at under £175 including rewire it’s a good test of that without forking our hundreds.
So far as the LP12 goes I tried several arms including Basik, Ittocks an Ekos and a couple of Regas but the best by a long mark was the purpose built Fidelity Research FR12.

I’ve just purchased a used Goldring 1012GX to try with the Hadcock it’s a relatively high compliance MM so on paper is a good match and was cheap as chips at £65.
As always there are mixed reviews some people have reported it being on the bright side so we will see.

We decided to use the same silver plated Van Damme cables from arm to phono stage as Audio Origami use as one of their rewire options.

I’d considered all sorts of exotic cables but I’ve been using this particular wire for about 3 or even 4 years with an Ittok, FR12 a Rega 250 and 300 and it’s never faltered.

Got the Hadcock back today after it’s rewire, silver litz on the inside and Van Damme Pro Grade XKE Silver Plated outside which is the same cable used by Audio Origami on their excellent phono cables we had to use screw in RCA plugs to make it easier to remove them before and after threading the phono cable through the 228’s tiny mounting hole.

I’ve got it mounted onto the 1210 and it’s sounding very good indeed just a few minor VTA, azimuth tweaks needed and also some fine tuning on the horizontal balance is needed when it’s all finished I will post some pictures.

I finally have the Hadcock about 75% properly set up a few more little tweaks I’m sure will improve matters but i have to say it’s sounding very, very good indeed on the Technics 1210. I’m listening to Art Pepper Meets The Rhythm section at the moment which is a great record for testing any system changes and the percussion sounds very sweet I think I could get a bit more low end with further tweaks but so far very, very pleased. 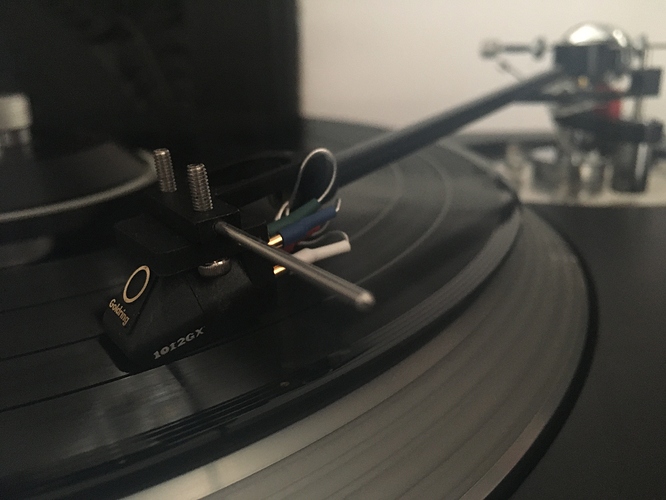 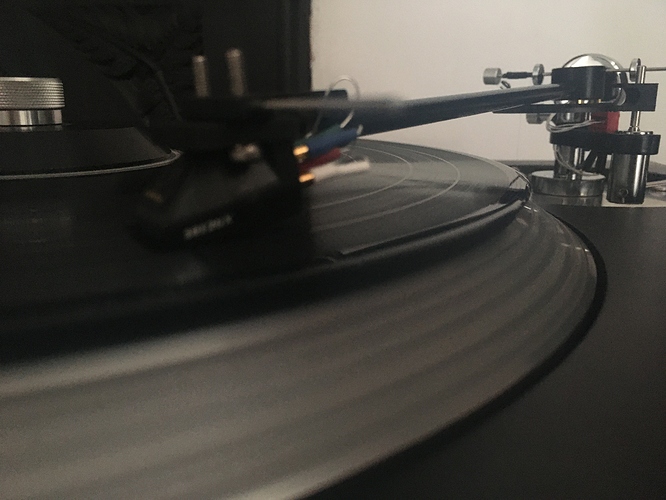 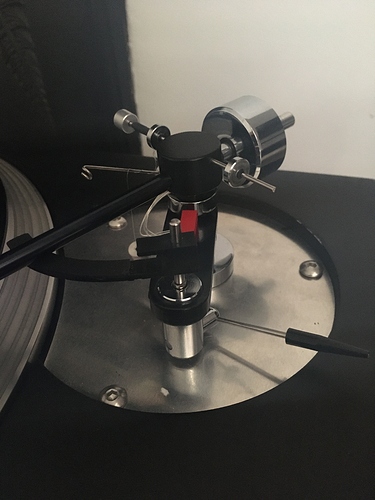 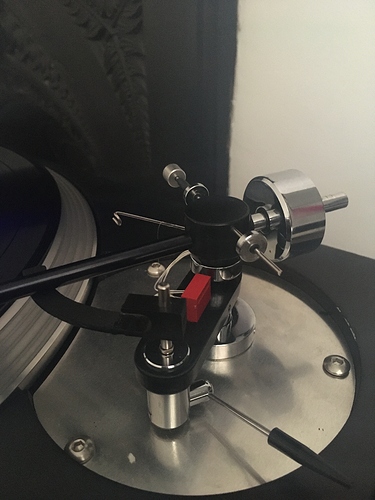 Now playing my Talk Talk - The Colour of Spring 1st press which sonically very, very good and it’s sounding A1.

I’ve got my Rega connected up too so I can kind of A B test though the 1210 has the battery operated DIY Phono Stage and the Rega has the Musical Fidelity V LPS/PSU.

Well I have to say that the Hadcock/1210 has edged it with a wider soundstage and greater separation between the instruments at the moment it does lose a little depth in bass to the Rega but the bass it does have has better definition.
Some further tweaks could well add a bit more bass depth but equally I have a cross brace and SRM Silent Base for the Rega which could add more detail I’m very happy with both decks though and will continue to use both.