Firstly, I apologise if this has been covered a million times already but I’m usually squirrelled away in hi-fi corner.
I’m keen to start using one of the streaming services and would like recommendations if possible. I’ve done a bit of reading and all seem to have pros and cons like everything. For reference I’ll be using my 172xs/250.2 initially, but considering a change to a Nova in the near future.
I’d like decent quality so will discount Spotify. This seems to leave the main contenders of Tidal, Qobuz and Deezer (which my girlfriend has and seems an easy app to use). I don’t see Deezer mentioned much. I’m guessing as most Naim boxes have native support for Tidal/Qobuz.
So I’d appreciate help with quality (cd vs hi res etc) as well as catalogue (although most seem to have a vast choice) and ease of use with the app or directly to the 172/Nova. Is it best to use their own app or use via the Naim app?
I know I can trial them but would definitely like some guidance from you experienced lot initially if possible.
One other question, if streamed from the native app via Bluetooth, do you lose SQ?
Sorry for a number of queries but all guidance is very much appreciated.
Cheers all.

Yeah there is currently native support for Tidal and Qobuz.

Qobuz has less than Tidal, depending what you listen to. But also offers a month free trial. I’d suggest trying that and if it does not give you what you want going to Tidal.

Personally I have both.

I have Spotify and Quboz, (via Roon to 1st Gen Muso’s) and via Bluetooth directly to a Marantz Amp and Mission speakers.
Quboz hands down via Roon for me, solid, no drops outs and better quality.

I may at some point get a DAC to go, USB to DAC to Amp (RCA) so can contrast against Bluetooth, but I must say by ear Quboz via Bluetooth to the Amp sounds most excellent.

This article gets much more techie : http://www.sereneaudio.com/blog/how-good-is-bluetooth-audio-at-its-best

And as an aside that is one beautiful looking speaker 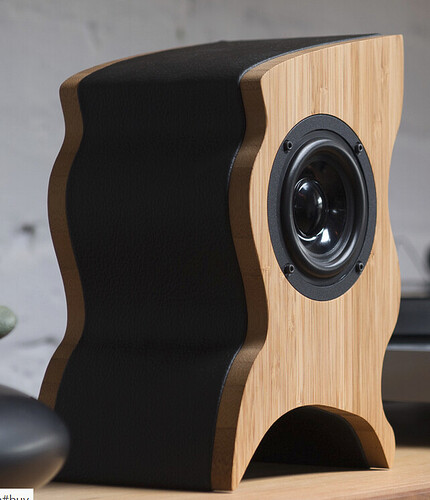 What type of music do you listen to to? In terms of rock/pop/rap there is a bit less on Qobuz than Tidal (but not much IMO and I have used both). However, jazz and classical are both much better catered for on Qobuz. I have a Nova and with the improved SQ with hi-res streaming plus greater access to classical/jazz, Qobuz was a no-brainer for me

Thanks everyone for your advice.

@crispyduck I listen to most genres of music apart from jazz or classical really. It still seems that Tidal and Qobuz are the main contenders, presumably as they have native support by Naim.

I see Deezer do a hi-res subscription too at cd quality but presumably then I would have to use the Deezer app and play via Bluetooth?

I went from Tidal to Qobuz, and now back to Tidal as I was nicely gifted a lifetime sub by someone there. I prefer Qobuz for the curation and the sound is a wee bit better (but not so much to pay for in my case). Tidal front page is curated towards hip hop, but their overall playlists seem to be better and more of them. In switching I only found a few things each other didn’t have, and the three titles Qobuz had that Tidal didn’t I couldn’t live without I just went and purchased. Not sure if this helps at all - I would just trial and decide for yourself.

Can’t help with Tidal, but Qobuz suits my listening preferences. Whether it suits anyone else’s will depend on their tastes in music and really a trial is the only way to find out. All streaming services have gaps in their catalogue; it’s a case of finding out whether these gaps end up giving you more pain than pleasure. I still buy downloads and occasional CDs for ripping to fill some gaps.

As for SQ, my general finding is that local streaming of a CD rip is slightly preferable to streaming that album in CD quality and not quite as good as streaming in higher quality. But this varies from album to album and may involve different masters. The SQ of some HD material streamed from Qobuz is as good as I’ve heard on my system.

With regard to usability, I don’t think the 172 supports Qobuz natively. Apologies if I’m wrong. In my experience, using Bluetooth will entail a substantial loss of SQ. I wonder if it would be sensible to get your Nova first then give Tidal and Qobuz a trial.

Apologies to @crispyduck, this was meant for the OP.

There is another online streaming service called HiResAudio. No idea what they’re like because I decline to pay for any subscription service.

Audirvana, inexpensive software that can run on any Windows or Mac computer, can stream from HiResAudio, Tidal and Qobuz, and can be used in UPnP mode to serve to a streamer. It can also do first MQA unfold on Tidal files for anyone convinced by the MQA marketing. However I do recall that when Audirvana first widened its scope to be a UPnP server not just a player (player being its original -and excellent- raison d’être) some people with Naim streamers had difficulty due to UPnP not being standardised for compatibility - and I have no idea whether just some units nor if resolved - but Audirvana is available on free trial so easily assessed.

As @PeakMan says, Qobuz support is only provided natively by Naim in the new platform streamers, so not 172 XS unfortunately.

In terms of rock/pop/rap there is a bit less on Qobuz than Tidal (but not much IMO and I have used both).

As an experiment and to help my daughter I created playlists for the last 3 Now CD’s using QoBuz, she can play this using Roon to her Panasonic all in one in her bedroom.

I was expecting loads of gaps given the hearsay that QoBuz is useless for chart/pop music but every single track was there including countless remixes. You know when you’re getting old when you hardly recognise any of the artists names!

I prefer Qobuz over Tidal on my system, but streaming is not bullet proof. A favourite album of mine has disappeared from Qobuz recently, and i have now purchased it and stream it, locally from a Naim Core. These streaming providers do have issues occasionally or change their offerings, so you may want a back up plan.

Up to now my music listening is mainly via FLAC rips with dBpweramp to my Synology NAS and background radio.
It would be nice to do some further general music exploration with a streaming service though.

I will probably be shot down in flames here but I use Spotify with my Nova & have no complaints at all with it.

Before purchasing the Nova 18 months ago I had never tried streaming & did not buy it for this purpose.

Long story short, I intended to try the free 3 month Tidal trial but instead signed up for 3 months with Spotify @£1.99 pm on the basis that with a reasonable size LP & CD collection, plus internet radio (also new to me) I probably wouldn’t spend enough time streaming to justify (to myself) £20 pm to Tidal.

I found the Spotify sound quality to be much better than forums had led me to expect so signed up for the full £9.99 pm package & have not regretted it since & have not been tempted to try the alternatives available. The Spotify platform itself has been 100% reliable for me on a BT internet high speed connection.

If I had fewer sources I would be interested to try out the alternatives before committing to one or the other.

FWIW – I used Tidal for a couple of years and enjoyed the service. When Qobuz became available in the US I took advantage of the 30 day free trial and did a comparison between the two. At the end of the 30 days I cancelled Tidal and subscribed to Qobuz. The HiRes version of music on Qobuz sounded much better than the music on Tidal. Qobuz was also $5 less each month for the subscription service. A win-win situation for me.

Of course this is my system in my room with my ears and YMMV.

I believe both Tidal and Qobuz offer free trials so you should have the opportunity to compare. Good luck with your decision.

Not everyone prefers Wav on the old and new streamers. A majority, but some prefer Flac, other don’t hear differences.
I prefer personally Flac, and sometimes AIFF, vs Wav.

I just got my Atom and use Amazon HD and Apple Music.

Amazon for my Atom system is crystal clear compared to Apple. I strictly stream on Amazon at home.

Apple for my Iphone via Carplay is way easier to use via usb. I also buy my albums on Apple. The ecosystem is way ahead of Amazon.

For what it’s worth, Tidal was voted best streaming service by What HiFi: https://www.whathifi.com/awards/best-streaming-services-2020

I’m personally a happy user. Started using it when it was the only viable competitor to Spotify offering CD quality. Good app, extensive catalogue and works well from both Android (Chromecast) and iOS (Airplay) and next year Tidal Connect (2nd gen streamers only).
Would be interested in Amazon Music HD though, but unfortunately can’t easily use that from Android with Naim.

@Arnsider: I have tried Spotify, Tidal, Qobuz, and Idagio, the last two for about one year.

As a result, I do not use any internet streaming services at the moment and I very much doubt that I will go back to any of them unless they substantially improve the way users can organize their own favorites.

But browsing my local music collection is orders of magnitude better than browsing the Idagio catalogue, let apart the others!

@nbpf What’s that ranking based on? App, sound quality, etc?