I’m planning to install 4 schucko wall sockets.
They’ll be connect to a dedicated ring, which has its own circuit breaker.

As show below, my idea is to build an Hydra like wiring (same gauge as the ring, quite thick).

Has anyone done or thought about such an installation?

Can it be considered as a good idea? 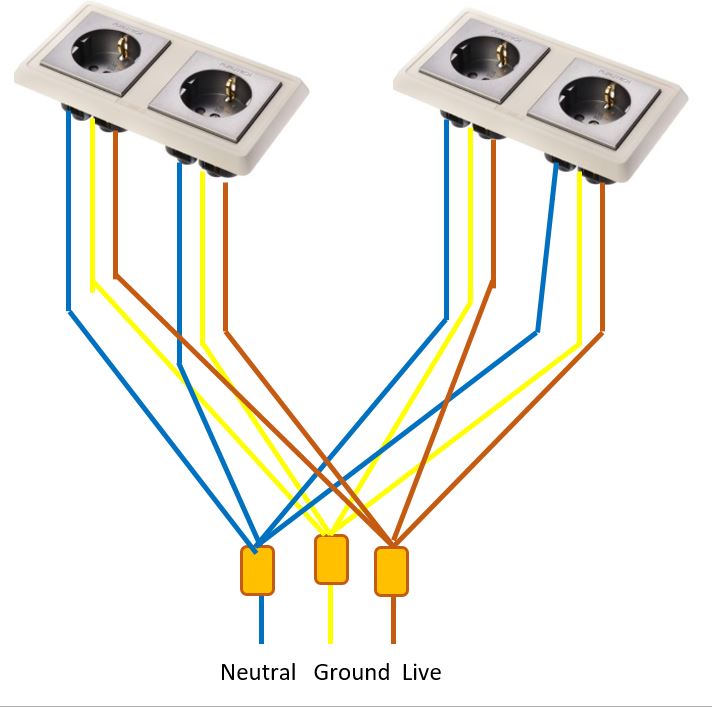 Hi Thomas, when I was discussing a dedicated mains supply with my electrician, I wanted two double sockets, and as I was using 10 square mm cable, this is quite difficult to work with. He suggested splitting the cables as in your diagram, so we used Henley blocks to split the cable. I can’t tell you if this is any better or worse sounding than a single feed to run a power strip, as I haven’t made a comparison, but it does work well, and certainly improves the sound compared to an ordinary UK ring main. Note that I used two double sockets, rather than four singles as shown in your diagram, so not exactly the same.

Thomas, it appears to be four separate spurs coming off your ring main. However, I may be wrong, in which case, the first (and maybe last) question for you has to be, is it in compliance with the electrical code of wherever you live?

Hi Richard,
Thank you for your concern

The installation will be checked by a qualified electrician.

Now I’m wondering if there is any benefit over the usual serial installation.

so we used Henley blocks to split the cable

Thank you for the tip

I’ll chek if I can find those copper blocks here is Switzerland. I guess this is quite common. 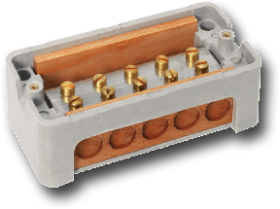 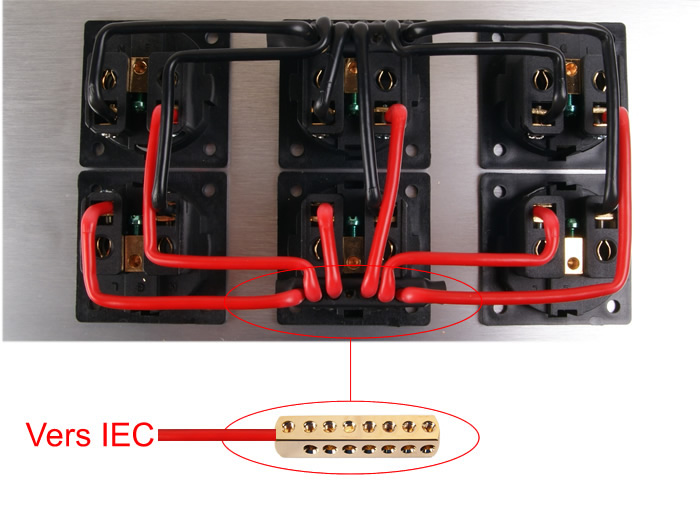 Hi Richard, my electrician was happy to sign off a similar installation, albeit with only two branches to double sockets, rather than four singles as Thomas is proposing. I assumed this would be a dedicated radial rather than a ring, as I believe Thomas is not in the UK.

yes, I have run a setup similar to this before, except with 5 double sockets. The incoming 10mm sq cable was crimped into 5x10mm sq cables to each socket. I found 2 main shortcomings of this approach (especially with more than a few sockets) – first – performance depends on quality of crimp, which unfortunately deteriorates over time (unfortunately, Henley blocks were worse, probably because of poor screw contacts? dunno?) and second - you get a snakes nest of wires from the crimp to the various sockets and I suspect these wires, under some conditions, start interacting negatively – suspect, don’t know for sure, back emf etc.

I am finding the most stable is to use a suitably wired (star or whatever) mains block with an iec socket to accept powerline.

I wish I had the right tools and measuring equipment to really understand why the crimp method always deteriorated over time.

Interesting…I may have to lift a floorboard and inspect my Henley blocks! How long did it take before you found a deterioration?

erformance depends on quality of crimp, which unfortunately deteriorates over time

My idea is to build something similar to the last picture I posted, which avoids wiring mess.

did consider soldering … but I know there have been reports here that soldering mains is not a good idea – I guess that is why Naim (AFAIR) do not recommend tinning the wire ends before securing in mains plugs. what I will consider is electrical joint resin.

as far as nest of wires – yes, I understood you --I guess what I was saying is that the hydra connections have to be done within the mains block itself – though even here, routing of the various wires may be come an issue. Your diagram seems to reflect some thoughts on this, but I don’t know for sure.