The story starts about eight months ago, when I noticed that my Naim NAP 250 power amplifiers were beginning to hum. Did some research on this and identified that it was a mechanical hum and not a ground loop hum, no hum coming from the speakers.

It started to get worse and you could hear the hum when sitting down when not being used despite having a decided mains supply to the hi-fi system. I put this down to the mains coming into the house as around us, we have a significant amount of civil engineering going on around us due to new railway infrastructure. Where I live, we have four compounds for the new East West Rail line and within four miles there is a massive compound for the High Speed 2 rail line, plus numerous others in the vicinity. It will be nice when all is completed, I must admit.

Not only is this bringing traffic disruption and increased traffic with associated noise and dirt, but we are experiencing some utility issues. Damaged water mains from the heavy lorries, occasional power cuts, cable strikes to the fibre optic broadband system, etc.

Taking a gamble that it is all the work going on around us causing the issue, I thought that I would try a DC blocker to see if it improves the situation. If not, it can always be returned and then the next step would be to get the amplifiers looked at.

Decided to try the IFI DC Blocker as it is simply installed in line, rather than having another box and additional mains cables, so ordered one to try. It is quite a neat and compact unit. 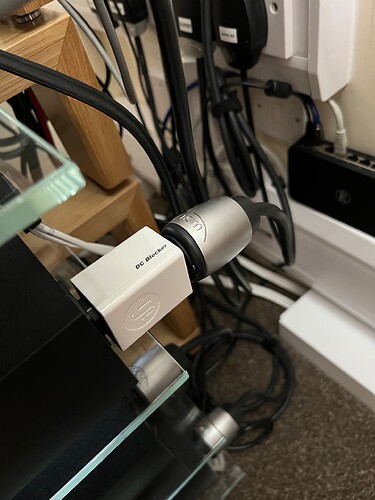 It has been installed for a couple of days now. I put it on the noisiest 250 and immediately, the hum was reduced. Didn’t cut it out totally, but reduced it so much, that you can’t hear it unless you put your ear right next to the amplifier. The other 250 is still slightly humming, but that was never as bad as the first one, so now I know that it works, I’ll get a second one. The SuperCap, FlatCap and the NAPSCs are all quiet.

As mentioned, it’s been in a couple of days now and there is no apparent detrimental effect to the sound quality, which is a nice relief. One additional benefit I’ve noticed, is that the 250 with the DC Blocker is running a bit cooler than previously. Because my system is powered 24/7, there was always a slight bit of warmth to it if you felt the case, with the noisy one being slightly warmer. Now that one is cooler than the other 250 and I wasn’t expecting that.

Im hoping that this is only a temporary issue and the mains will settle down eventually, when all the work has been done, but this will be a few years yet. Our section is due to be completed by the end of 2023, but the whole line is scheduled to be completed by the end of the decade. However, at the moment the line is not going to be electrified, but could be in the future, that will then bring further issues if they decide to do so.

I will let you know how I get on when the second IFI DC Blocker arrives and has been in use for while.

I have one of these. Currently there’s no need so it’s in a drawer but tye trick is put it on a mains block that has a removeable lead so that one can work on the whole hifi.

That would be nice, unfortunately, I have a dedicated mains system with individual sockets. So, it may be cheaper to buy another one, than get a decent multi-block.

If you have a price in mind for yours, please let me know, if allowed. 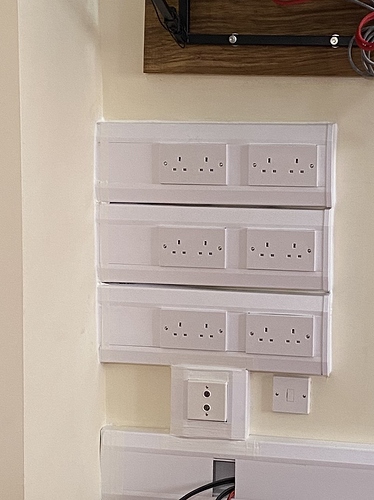 I put DC blockers in my system after the fuse box. They were hard wired into the system and worked well most of the time. I have now removed them and installed a balanced supply. This is better, although not yet perfect and the transformer on the Supercap is prone to occasional wobbles.
So I have 4 DC Blockers, each rated at 30 amps which need a home. Send me a PM if interested.

Had a look at your earlier posts and thanks for the offer, but that would involve more significant electrical work, which wouldn’t be able to do at the moment.

I have been struggling with humming for years with my Naim equipment, some of it caused by neighbours who have solar panels. I finally found a solution and have a dead quiet system now. Unfortunately, it would not work for you given your socket layout.

Have a look and see if you have any solar panels nearby.

Yes, we have loads of solar panels round here. With more being installed all the time.

Taken some more temperature measurements of the power supplies as follows:

Only for interest to see if there was much of a change. Not a massive difference, but you can just feel the difference between the two 250s.

some of it caused by neighbours who have solar panels.

Interesting. I have Solar panels, and they have no effect on my humming PS’s. As a thought, this could be due to someone having an Inverter thats on its way out, but the other thing that they may be contributing to is “over-voltage”, as this was a problem I had early on.

It was mostly solved by the electricity board coming to change the sub-station tapping point, and not related to my panels. So worth checking your voltage.

Well hum is movement and that generates heat.

But the other issue with hum isn’t the noise. It is what it signifies. When a core starts to really hum it means it is saturated and the main reason toroidal transformers are chosen is for their confined flux that emits very little EMI to surrounding components and so doesn’t need shielding. Except, when a toroidal core saturates that all falls apart and they emit more EMI under adverse conditions that other transformer types. So the hum is doing more than just bother you from the corner of the room.

Toroidal are very Jekyll and Hyde that way. Brilliant under good conditions. Awful under bad conditions.

Just finished trying an IFI DC blocker on my 552PS, then the 555PS…

Completely removed the ‘hum’ …however, the sound lost some ‘sparkle’ and ‘delicacy’.
Evident on either unit it was fitted to.

Shame, as it did remove the ‘hum’, but for me at too great a detriment to the sound of my System.

Unit will be returned. Worth a shot though.

That’s was what Naim found when they tried these devices. Although some have found improvements also - that’s audiophiles for you.

There are other DC blockers on the market worth trying out such as Isotech which I would assume give less compromises. 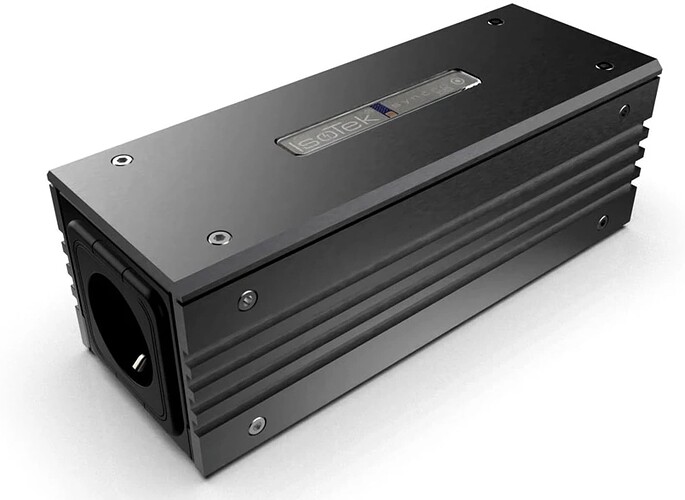 Or try the Audiolab unit.
You never know, may not impact on SQ as much.

That’s was what Naim found when they tried these devices. Although some have found improvements also - that’s audiophiles for you.

I personally have only had positive SQ changes with DC Offset Filters.
After some experiments I ended up designing & building my own, spec’d for my system.
The SQ change was a surprise & its remained a keeper ever since
The downside was it didn’t change the hum level, I eventually gave up concluding that the transformers have a natural hum. NAT05 is almost inaudible, the worst was CDX2 but was fixed completely with a non-Naim XPS (that takes the Naim transformer out of the system).
The Supernait remained the only semi noticeable hummer, however its just got back from a Naim Service & although still humming its a lot less audible, I suspect due to the reservoir caps being changed.

High end audio gear with high end price tags should not hum, and owners should not be making excuses for them, instead demanding what they paid for.

Managed to pick up a couple of IFI DC Blockers from a well known Auction Site for a good price. So the other one emphasized textwent back under their returns process.

They arrived just as we were leaving for a short holiday, so didn’t get to try them until we returned.

They have both been installed for two days now on the two NAP 250s.

And I’m pleased to report the following;

For me and our system, they have appeared to work. Can’t profess this being panacea for all amplifier hum, but it is worth giving them a punt to see if they work for you if you have a similar problem.