Hi, I wanted to ask if in the Apple Airport Extreme base the IGMP SNOOPING function must be enabled … Mine is configured in DHCP AND NAT

Things will work either way, but I would enable.

I had problems today and had to reconfigure airport extreme … Now it’s just dhcp and igmp snooping is unselected … When it was dhcp and nat I didn’t see my network hard drives in the naim app! I also have several things to ask.

I seem to remember it was an option on early Apple Airport devices… however I didn’t find it reliable on the IGMP version being used and had to disable… things might have improved with later firmware.

If you can you want to select IGMP snooping, that way your wifi performance should improve, dependent on data flow characteristics on your home network. Essentially it works by filtering group IP data from a device or bridge that doesn’t require it.

Do NOT set NAT on your internal network, which is something entirely seperate… that will interfere with many applications that need to work within a subnet… UPnP DLNA is a good example.

Thanks Simon, I appreciate your interest and your preparation. In fact I reset the Extreme since I don’t know what happened alone to have two nats. Now I have created the Extreme only with hdcp, I am attaching photos of how it is today and it seems to be fine. Yesterday, however, with hdcp and nat I did not see from the iPhone and iPad any network hard disk for the ND5 xs2 on the Naim app. However, often if I listen to internet radio the jazz groove west after a few 15-20 minutes of listening the connection drops. Only on this radio, the others do not, they distribute music without interruption. I would like someone to try and write an email on the radio to inform about the problem. 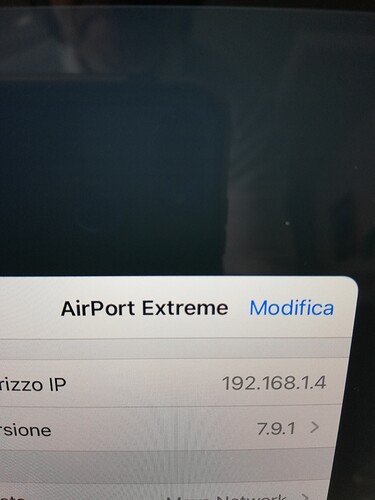 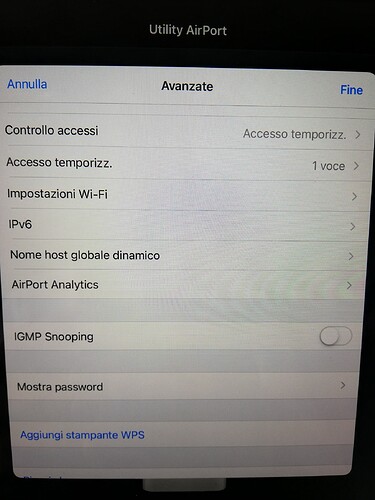 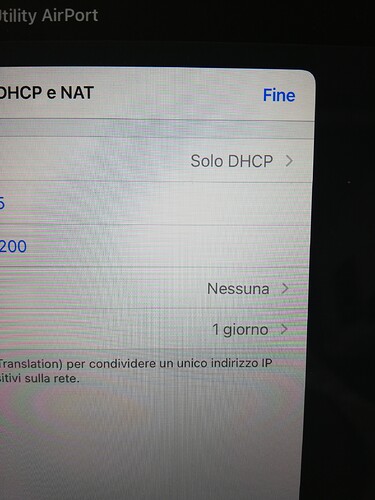 I can’t understand the menus you show unfortunately… but let your wifi simply act as a bridge, and have just one dhcp server, typically on your broadband router.

No, my provider is Telecom Italia and its router modem has poor wifi. I keep it off and through Apple in DHCP I get a new wifi-only network for cell phones and streamers. I’m fine for now even though my dealer is pressing me to put one ubiquiti on my ground floor and a second one upstairs in mesh mode in its place. I hope to do so in the next few months

Ok just to check, you need your Apple wifi in bridge mode… NOT NAT mode.

The alternative is that you use your ISP device just as a modem, and it’s presents WAN Ethernet to your AirPort Extreme… in which case the one and only router is your Apple Airport device, and it can run your dhcp server.
But caution many ISP devices can’t be run in modem mode only.

As Simon says, this should be set to Off (Bridge Mode).
Let your main router handle your home network as DHCP server, and just disable its WiFi.

Does your Airport have a wired connection to the router? If so, you should set it to ‘Create a wireless network’, NOT Join or Extend. Then give it a name and password that is identical to those used for your router.

Ok. However the airport is connected on the Wan port to a Telecom modem port. A new network has been created on airport with its own name. No other cables are connected to the airport extreme. On the Telecom modem the wifi is off. Airport is on DHCP. On airport IGP snooping is off as ipv6 is off. In my house the cable network is managed by Telecom and swicht modems while the wifi is created only by apple airport extreme. Upstairs I have an airport express that boosts and extends Extreme’s wifi.

A new network has been created on airport with its own name.

Find the login name and password for your main router and use it for both Airport devices so that they are all the same. Then restart everything.

Hello. Maybe you didn’t understand. The main router does not provide wifi and here I keep it off. The wifi is created by apple airport extreme and an apple airport express extends it and certainly with a single pwd. But in the Telecom Italia modem there is no password for the cables that come out

Are you sure? I’ve never come across an ISP supplied router that had no login/password.

Yes that should work, your ISP device is acting as a modem only, not a router in the setup you describe… I would enable ipv6… these days many services use it if available and can work more effectively than ipv4 as well being more plug and play (you probably are not even aware of what is using ipv6) … though Naim only support ipv4 currently.

I assume you have IGMP snooping disabled because services start to have problems with it on? I found this on early Apple Airport products… if you can turn on.

It is quite common these days. The latest BT routers don’t effectively log in or have a password either. Even the username is common being:
Broadband username: bthomehub@btbroadband.com
The authentication is on your access line/fibre, not the router.

Understood - so does that mean there’s no control over access to your LAN? Is that left to client devices to control?

Correct, access control lists are typically not provided for consumer other than in wifi.