Illegal private parking: the law is an ASS!

Thanks Has anyone had the misfortune of having someone deliberately parking on their driveway?
Today I had the unpleasant encounter with this low life who refused to move his car after I politely asked him to move his vehicle which he did not until I called the police, who, after much deliberation, contacted him - he had left his number on his windscreen. He had obviously done this before, daring me to call the police.
After the police contacted him - he was in a pub waiting for a mate - he came back to the car to finally move it. By this time, the police was on the phone asking me about the bloke, who had just turned up, sat on his car and said he would leave once he finished his kebab or whatever he was eating. One does feel absolutely powerless dealing with these mindless imbeciles and there are no laws to stop this. Anyone else experienced this kind of trespassing hooliganism?

It have just moved the car with the minimum of damage. If it didn’t have an electric handbrake (and your driveway is not sloping towards your property) the it’s easy to do.

There was no way I could have move it and if damaged, allegedly, by anyone else I could be done for it. It’s just insane! 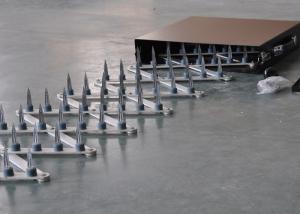 park a vehicle so as to block his way out and then go away for the rest of the day.

That would have made sense if I were not the one trying to get out!

I know someone who had the same problem & there is nothing you can do about it, at least not in the short term such as moving it now/immediately.
It’s complicated & multi faceted but if you have an open driveway, that is the loophole in the law. As the vehicle is on private property its outside local authority & police jurisdiction.

IThe driveway leads to my garage st the back of the property, Mike.
Sad, but not the first time this happened. Other times, they just apologised, cheekily, but left. This was a cocky one and dared me to call, for the first time, the police.
I know there’s nothing legal I can do in the short term and so do they.

Sounds awful. My question, for anyone familiar with relevant law, is if a person places something on your property, can you consider it to have been presented to you as a gift, leaving you free to do with it as you wish: sell, strip down, etc?

I guess the position is the same as other private land, e.g putting a wheel clamp on and demanding a fee to release. Maybe you’d have to display a sign saying what you propose, perhaps something along the lines of: Property left on these premises without the written permission of the landowner is deemed to be gifted to the landowner, and if the landowner chooses to accept the gift he may keep, use or dispose of as he wishes. By the act of placing property on these premises the keeper or owner of a property so doing thereby rescinds all rights to the property. Would need some thought re how to cover or deal with someone parking another person’s car, or people deciding to take that as an invitation to dump rubbish. And of course even if it makes it legal to dismantle or dispose of someone’s car, there would be the risk if it starting a war.

Problem is once they know where you live you run the risk of escalating it into something really nasty. They are just opportunists taking the chance and see if they can get away with it.

I guess the position is the same as other private land, e.g putting a wheel clamp on and demanding a fee to release

That can only be done when notices warning of the consequences are displayed.
If you clamp or attempt to move a vehicle parked on your property you are liable for any damages.
If the vehicle has all its tax & other legals valid, it’s not abandoned, is legally owned & you can’t touch it.

Here the cops won’t help you need the council rangers, there’s about 3 of them and they only work 9-5, frustrating.

Let his tyres down.

I would definitely knock on his window and try and get the kebab.

I sympathise with your predicament, the law is crap and ineffective when this happens as it’s a civil offence, if you have the time and inclination it is best to use the lack of legal restraint to your advantage, e.g. a pallet of bricks in front of the offending car, you have no obligation to move them as it’s your property.

parking here is available at £2,000 per hour or part thereov. Payment in cash only. Non-payment will result in vehicle impoundment until debts are settled in full.

Some people aren’t fantastic either

This is from our NZ Road Code.
You may not park… * in front of, or closer than 1 metre to, a vehicle entrance.
So does this mean a person could park IN the entrance rather than across it? Someone is bound to test it at some stage I spose.
Good luck to them though. While we’ve gone soft on quite a few things down here, we can still have a vehicle towed and ticketed if its blocking our driveway. Thank the heavens for small mercies.

The law should be changed. I really don’r see the car owner should have any rights and you should be entitled to run a steam roller over his car without any fear of having to pay for damages, The law is failing if it does not protect good decent people from this kind of antisocial behaviour,

The wording you quoted for NZ does not give confidence that it includes parking off the highway wholly on someone’s private property.