In praise of a forum member

Could I find a jig online, or should I make one (sounds like fun to do it yourself… I haven’t got two left hands, luckily)

I’ll try to put something together over the next week or so. I’m up to my eyeballs with work at present (luckily) but I’ll look up my posts from the old forum, repost them and add some other things I’ve learned in the meantime. 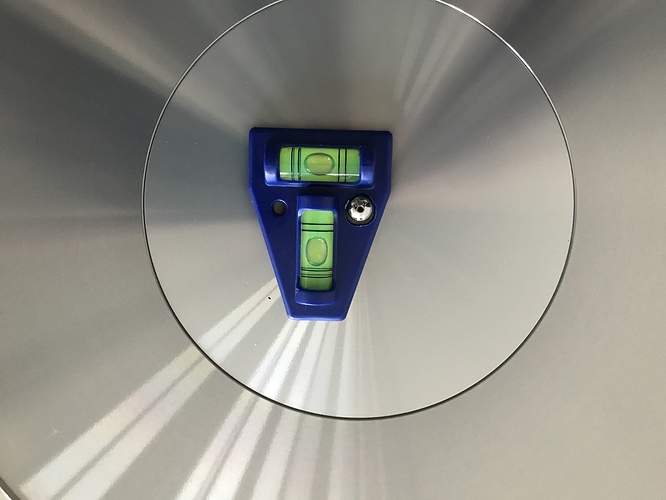 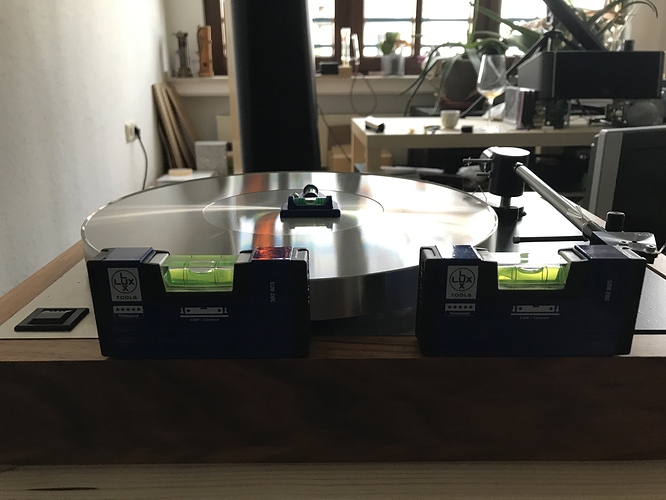 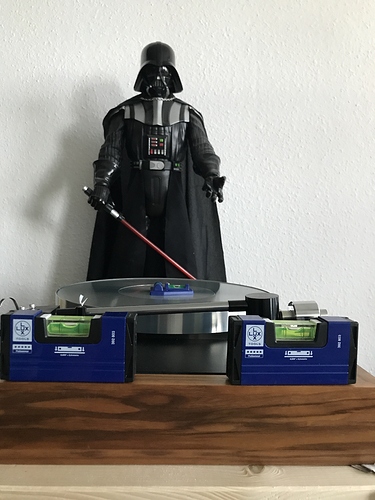 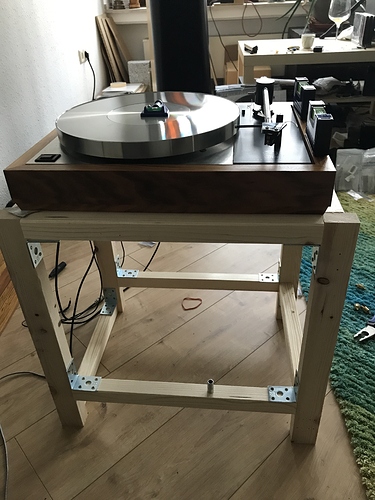 …
Got it as level as I can…
Definitely more open on the left channel…
Now for some intense listening…
May need a bit of twerking, but definitely better than it was.
Got ca 2.44 grams of fishing lead on a piece of fishing line (have ordered a thinner longer, 0,3 mm is still a bit thick… have ordered 0,16 mm…) hanging from the first notch and have the hook aligned with the fifth notch ( hope that’s okay Mark !?)…
Tracking weight is 1,99-2,00 grams (depending on the mood of the electronic scale). VTA is not level but pointing a bit downwards…
Azimuth weight had been taken off…
Am still waiting for my weight from tiger paw…

I’ll keep you informed. Any advice on tweeking would be helpful.

For me, the spirit levels on the plinth are far too small. They’ll give false readings. better with a 12" one or so.

Better still, I would think, an 11.5 inch one that doesn’t sit on the raised lip of the platter.

I tried it with a longer one, which was way off… I couldn’t get a good reading on that one.
A very decent one is not cheap…
I tried it in the end with just on spirit level and turned it face forward and back forward to see if it was level and tried it on more than one point in the plinth… I used that on the platter as well, because that thing with the two spirit levels combined was way, way off.
In the end, I seem to have done a good job, because the sound is definitely better than it was.
I will, however, be looking for a high grade spirit level ( I have had quite a few longer ones, the last one was ca 35 cm ( I don’t do inches🤷‍♂️) and that one was not level enough…)
But thank you for the tips anyway guys👍🏻

It’s a little bit trial and error when levelling the plinth, platter, armboard and Aro. The plinth surface isn’t always perfectly flat for a start. Multiple readings, high quality spirit levels and time will get you there. I use a Stabila 81s (non magnetic) in 25cm and 40cm lengths and the Aro bubble level

I don’t like long levels on the platter. Due to the weight, they alter the platter’s position.

I had a stabila which had a small bump underneath, which made for lousy leveling…
I have ordered another type stabila spirit level and hope that will be better (20 cm…) 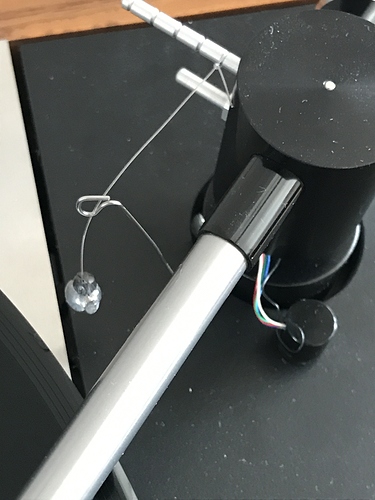 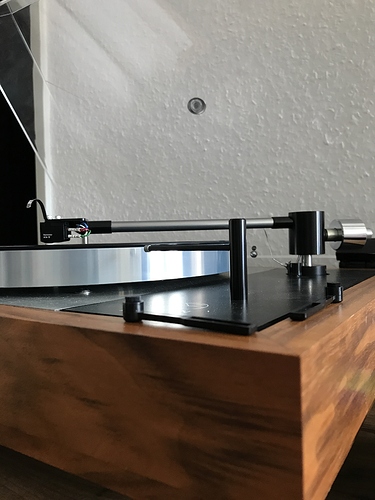 Here are some pics of my starett machinist level, and the locations I use to level the plinth. I use the audio technica bubble level to level the platter/arm board.

Also, be sure that your anti skate hangar is positioned so the filament hangs as horizontal as possible through the loop and to the post. Your hangar looks bent out of position. My weight just touches the arm board when the arm is Swung at the Furthest point on the arm rest. 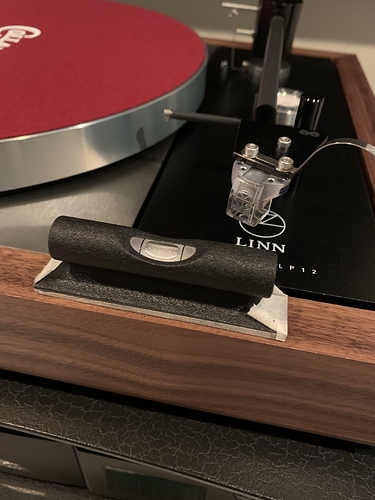 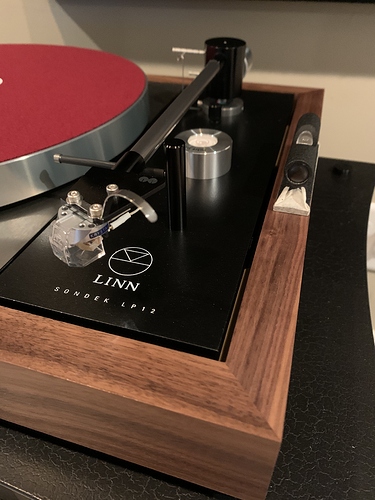 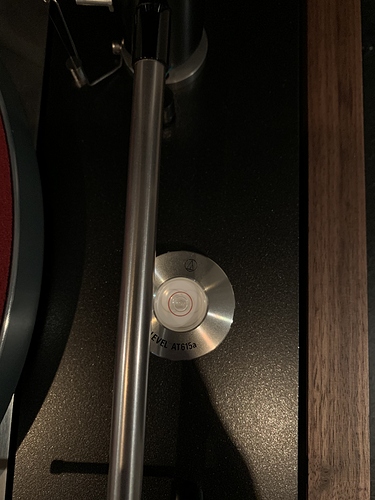 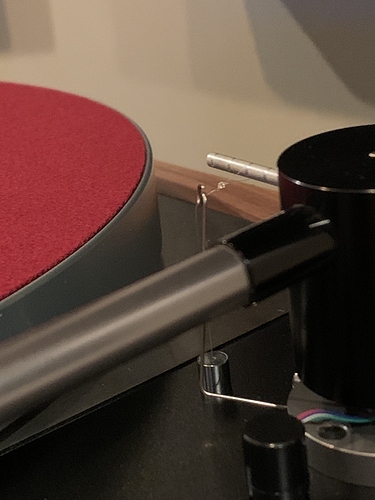 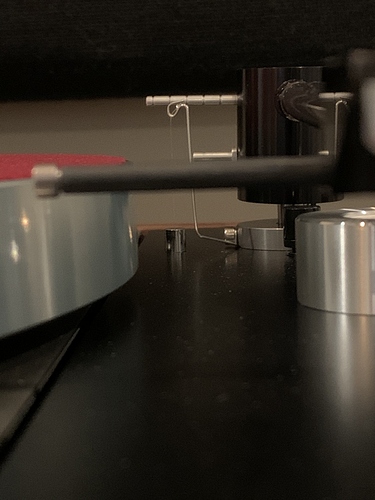 My weight seems of, because I’ve got it dangling in front of the fifth notch (as per Mark Dunn’s advice…)
I have a clear audio spirit level, which isn’t completely level!

And an original one from Naim which came with the aro, which is also not completely level… that’s the biggest hassel; getting a spirit level which is level!
That starret level seems okay

You illustrate how it’s almost impossible for a tiny spirit level to be perfectly accurate - even seemingly tiny errors can actually be huge. It’s why a long level - the longer the better, although usually best to choose the length that best fits the job at hand - is much the best way to get the most accurate levelling.

True point, also an accurate level, made specifically for such processes.

Got ca 2.44 grams of fishing lead on a piece of fishing line (have ordered a thinner longer, 0,3 mm is still a bit thick… have ordered 0,16 mm…) hanging from the first notch and have the hook aligned with the fifth notch ( hope that’s okay Mark !?)…

Hi Pieper,
Yes, from my experience your certainly in the right area.

I have something like that. Used it before for my SME turntable. 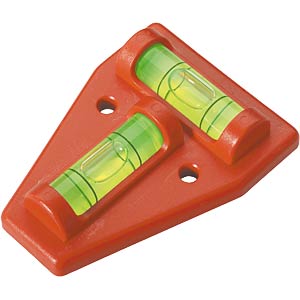 @ 334578: I’ve looked up the spirit level you use. Very mixed reviews… I guess it’s with all kinds of levels. If they’re accurate, they’re accurate… If not, then not.
I’ve decided to buy a new stabila (after I detected the flaw in mine, I took it apart…)… will check how level it is before I put it on the Linn… I ordered a 20 cm level, that should do the trick…

Good call, there are mixed reviews on all products, I do have a true precision level that I use, and validated the other level. There is a site online that has “LP12 bits“ which I thought had an extra anti skate weight for sale at one point not too long ago, should you need one.

That audio technica bobble level isn’t also very accurate. It’s worth getting at some point to use after you level the plinth in the stand and get the bounce right.

If you ordered recently from Tiger Paw, you may be waiting a long time. Roger has not been well and the business has closed down. The website however is still taking orders (and money!). Hope you paid via PayPal, I would start a claim through the resolution centre ASAP.

All,
Below are my previous posts regarding bias adjustment for the Naim ARO.
In addition, I’d like to add the following:

Below is a diagram to help you see what I’ve done with the bias hanger, and why I tried this route. But first some background:

b. There should be 40% - 50% greater bias force at the end of the record as at the beginning. Interestingly, this is NOT due to the reaction force from the centripetal acceleration trying to throw the stylus outwards, as that force is an order of magnitude lower than the force pulling inwards due to headshell offset and friction. It is, I believe, primarily due to the amount of information (undulations) per unit length of groove being higher at the inner grooves than at the outer.

c. The standard ARO (and most other hanging weight bias systems) have the exact opposite of what is required in (b) above due to the angle of the line attaching the gradated bias arm to the bias weight (see diagram below)

d. The simplest way to get things at least approximately correct is to set the bias hanger as in the diagram, use the first groove of the gradated bias arm, and add mass to the bias weight (I use Blu-Tak) to make up for the lost leverage.

e. Knowing that mass of the bias weight it is straightforward to calculate the right amount of mass to add using force = mass x distance.

I have empirically tested this method both with the HFN test record (I knew I’d use it someday) and a PC software oscilloscope and obviously by listening too. The main benefits are that the music is more ‘centered’ in both musical and hi-fi senses across much more of the playing area. It is now very difficult to tell which part of a record is being played. There is also considerably more detail at the start and end of a side, as one might expect.

Obviously, this experiment involves maligning the bias hanger, so be careful. I take no responsibility … yada yada yada.

Added Information (9-24-12):
The bias hanger needs to be bent so that the bottom of the ‘U’ shape where the bias cord crosses it causes the cord to be level with the main axis of the gradated bias arm. This adjustment should always be done as a matter of course anyway.

Too get the best angles, the ‘U’ shape of the bias hanger should be only 1 to 2mm away from the gradated bias arm when the arm is at rest with the arm tube parallel to the side of the armboard. 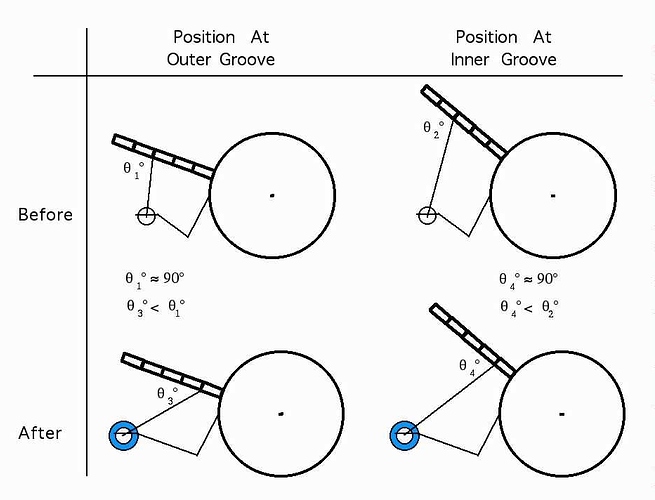