I’ve just taken delivery of a Innuos Zenith Mk3. All good so far. Existing ripped CD’s have been transferred from my old NAS etc.

What I would like to do is try Qobuz for streamin with my NDS. Is this possible with the Zenith and if so, what cable do I need, which input on the NDS is best to use ? Once connected up, how do you play and control an album ?

The best is probably Audiophileo/ power usb/ spdif converter
But there are a lot cheaper.

Other option is the Sonore UPnP bridge. It will see the NDS and make it a available on the Network as a squeeze box player. Innuos software is based on the Squeezebox server LMS so in theory you can then add it play to it using ipeng or orange squeeze on Android. Or you can use the software plugin LMS2UPNP , not sure of this available on the Innuos itself but can be run independently and work thr same as the hardware bridge and it’s free.

Or you can use the software plugin LMS2UPNP , not sure of this available on the Innuos itself but can be run independently and work thr same as the hardware bridge and it’s free. 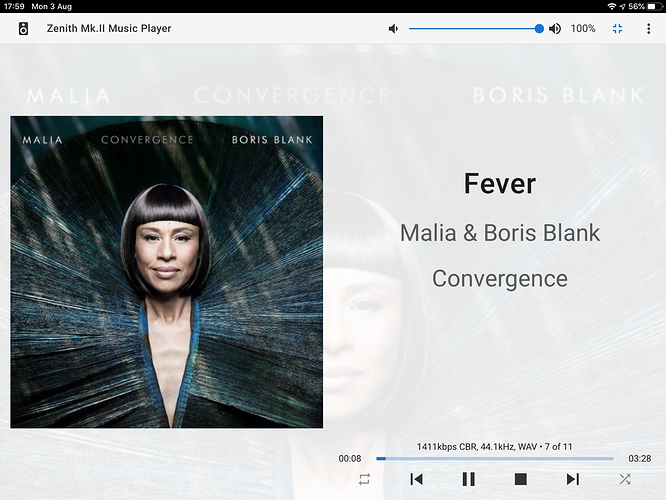 There are a variety of ways of ripping CDs to a NAS and having the NAS show up on the Naim App as a source, I believe.
But as an owner of an NDS; like the OP, I would like to update the digital tech in my system, but still use the superb Dac (IMHO) in the NDS. The NDS will always be part of my system, unless I spring for an ND555.

Since the Innuos Zenith Mkiii is about $5k in Canada, and even the Zen Mini is $2k, I have been thinking that an ND5 XS2, which can be had for $5k cad new or around $3500 pre-owned, would be the perfect upgrade to the new tech.

But again, like the OP, I want to be certain of the connections. Surely I can connect a Digital output from the ND5 XS2 to the Digital input on the NDS, and play the new digital sources thru the Dac in the NDS, and also have it as a choice on the Naim App, if that’s necessary.

Any clarification on this would be greatly appreciated, and may even help the OP.
Thanks, and cheers.

Yes, coax SPDIF from ND5 to NDS would work. You should also be able to get system automation working from the ND5 for app volume control, otherwise you would be flipping between the two ‘rooms’ to control everything.

Thanks for the nice clear info Chris. Now, at least, if I decide to go this route, I know it will work.
And I like the idea of all Naim because of the Naim App control. Plus, I just like Naim stuff anyway.

I’ve heard of the Allo, but I’ve never researched it like I have the other ones. (Innuos, Melco, etc.).
I always lean towards staying with Naim, but I also always check any recommended substitutes.
An opportunity could come up on a pre-owned unit that I can try for a good price, and maybe I’d love it.
So thanks.

The Audiophilleo with Pure Power is the ultimate, in terms of SQ, price and no extra expensive cables required, but it is worth trying Schit Etir and the MuTech I think that’s the name, it’s a all in one USB.

Your dealer should have really pointed out the Innuos to Naim connection issue (converter required) mine did not was annoyed but discovered the Audiophilleo.

IPeng is clunky but functional and £10, I heard unconfirmed reports the Innuos where working on their own control app. Again annoyed as when I purchased the Zenith I assumed their was a control app, it was purely a web page to play ripped content, not streaming sources.

When I made enquiries about a Zen mini, my dealer was cagey about the app and any interface. Pointing me in the direction of third party apps. And did mention that Innuos were working on an app. That was enough to put me off. Went NAS route instead. Glad I did too.

It’s running a modified version of Logitech Media Server so it’s no surprise really. The apps they recommend for iOS and Androad are the best two options for controlling the LMS server on the respective platforms. I used Orange Squeeze on Android when I used LMS it’s a lot better than ipeng in my opinion and had a unified search even back then.

use it with my NDS via the sonore upnp device and is a wonderful, combo when using ROON gives better SQ than my old Melco n1A/2 server i had before too

Try and pick up or even home demo a USB to SPDIF converter use iPeng or Orange Squeeze as the controller (seems rumours are true of an Innuos app timing maybe this year).

This setup then utilises the Zenith RAM buffering for each track, so then all the digital noise is supposedly left behind once playing.

I have tried many times mainly in favour of Roon to direct the USB setup, but found every single time I A B A, it is back to the USB to SPDIF