I have an iPod Touch Gen 5 and the battery is only lasting for roughly one and half albums, two if lucky. Not ideal as Paul MacCarney was rudely cut off mid song this afternoon! I know it’s an old beast by modern iPhone standards, but it is used everyday and has sentimental value so I want to keep the old timer going as long as possible.

Does anyone know of a reputable (UK based) company who can carry out a diagnostic and then service? I haven’t contacted Apple directly as i’m assuming its too old to be supported.

I have a done a quick google search and there are a few out there, but as always, personal experience and customer recommendations are always helpful. 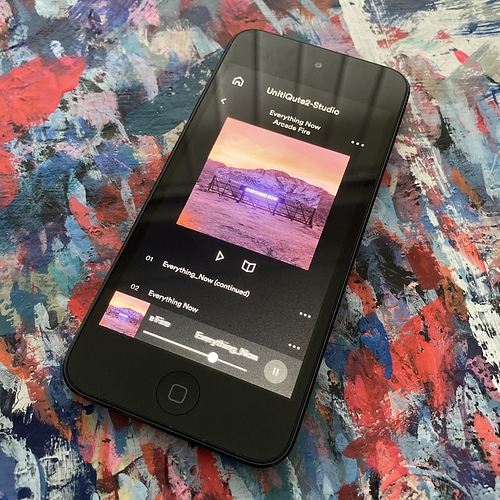 Try " iPod repairs " in Ashford Kent.
They fitted a new HDD well an SD card actually in my 6th gen iPod.
They are the last place in the UK to do such work. ( so they tell me)
Easy I guess for me as I live 10 mins from them. I dropped it off at 9am, picked it up 3 hrs later. Nice people and a good service. Recommended.

ipod repair brighton. is used the closest in name to what was needed
my ipod classic was dealt with well
cheers

Many thanks @Thegreatroberto & @sjw for the recommendations - very much appreciated indeed. iPod Repairs were on my radar as they were high on the google search list. I’ll drop them a line and arrange a diagnostic via post. Hopefully they will be able to repair the old iPod.

Let us know how you get on. My 6th gen had a 128sd card fitted in place of its old skool tiny 128Gb HDD. Also had a new battery whilst it was apart. Cost £ 108 rings a bell. The wife couldn’t work out why I didn’t just chuck it out. It actually lives in my car and has most of my cd collection ripped to FLAC. Hence I have filled it up. If they were mp3’ s I’d never fill it. 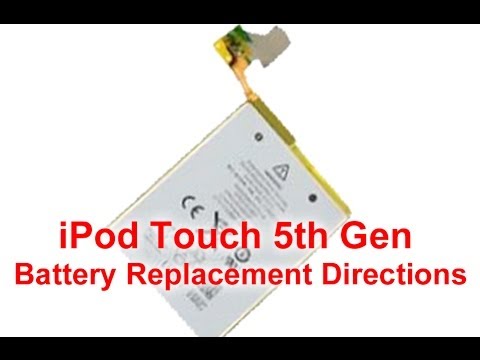 @Martinzero Many thanks, that’s great, thanks for their details. That video is interesting - I’m more than happy to strip Macs down and fit in a new SSD when needed, but that looks like quite a fiddly job!

@Thegreatroberto. Ah, I didn’t know the capacity could be upgraded at the same time? I’ll give them a call tomorrow and see if they can still do that sort of thing. My Pod is only 32gb and so a capacity increase would be useful.

Mine was 128Gb before as well as after! But they can do capacity changes. Bit harder to go above 128Gb for a 6th gen. Buy possible with s bit more £.

The lot in Ashford are good. Just ask. If it’s possible they can do it.

Same here, i SSD’d my iMac, wifes was done in Bristol, top guys. No connection to them otherwise.

Ah, I missed this, you mention that your files are ripped to FLAC and saved to your iPod? Am I missing something, as I thought Apple were still ALAC / AIFF only? Can iOS or the Apple Music App read and play FLAC files now, or, is your iPod just used as a storage device for your car head unit to read the FLAC files?

Coincidentally I’m about to replace the battery on one of my iPods, a Photo 20GB. At the same time I’m going to replace the HDD with an iFlash board that takes 4 x SDXC cards and fit four 256GB cards to it. As I rip most things to iTunes as well as to FLAC and to my Core, I should then be able to have an iPod that can live permanently in the car. I particularly like the 4th generation iPod as it just feels so right in the hand and also it’s one of the best sounding iPods too.

I thought about updating my 80GB 5th gen instead, but it’s still pretty much mint and I felt it a shame to wreck it while it still looks and works perfectly. The 4th gen has a slightly smaller screen but is otherwise superior in looks and feel, and with a larger scroll wheel, so it’s perfect for the job.

I’ve never opened up an iPod before, so it could be interesting! I could end up with either a lovely 1TB iPod Photo of a pile of broken bits…

Ah, That sounds like quite a conversion! I never knew that so much could be changed internally on these wonderful little players. I’ve ever owned the iPod touch G5, plus three older iPod Nanos prior to the touch, so not used the older (bigger) scroll wheel models. Are you going to document the project and post on here - would be interesting to see a build thread with photos.

Likewise, I always rip to iTunes for convenience, but it is a little frustrating that iTunes / Music App won’t recognise FLAC files. Would make it so much simpler juggling files between streamer and iPod duties.

You are lucky that your G5 touch still works as it should. I found that the battery performance tailed off very quickly over the last few weeks. Frustrating, as i’m a little concerned the pristine outer (its been in a Griffin case since new) may be damaged when replacing the battery. Fingers crossed!

Sorry, they are ripped to ALAC. Was thinking about something else when I wrote that.

Richard. The iPod repair place in Ashford did tell me ( afterwards) that it was leaving my iPod in the car that most likely killed the little HDD. They don’t like the cold apparently. Good luck with upgrading the iPod photo. Will be intrested to hear how it goes.

Interesting. Thanks for the advice.

Hmm I’ve got an almost unused iPod 160 Gb here which was the first stop on my music storage journey that led through an ambitious but unsatisfactory Brennan JB1 to an ok Unitiserve and then fiddling about with a demanding and rather regrettable Synology NAS, to my current largely contented UnitiCore.

Only the iPod and the UnitiCore survive. What should I do with the 160 Gb iPod?

David, if you don’t use it and don’t foresee using it at any time in the future then there’s a healthy demand for them secondhand, especially if in excellent-mint condition. The move to an anodised alloy front was a nice touch with that generation. The drawback was that with the 6th generation “Classic” the sound quality took a step back from the 4th and 5th generation 'Pods. A girlfriend had a Classic 6th gen and comparing the same files played back against my own 5th gen, I definitely preferred the latter.

I phoned the repairers yesterday and the iPod touch is now booked in and on its way to be revived. The chap I spoke to mentioned that for the vast majority of cases, a (relatively) simple battery swap solves the problem, although, there can be issues with the charging IC on the logic board which they also check as a matter of routine. If this is the cause, then apparently, it becomes uneconomic to repair these units. Fingers crossed!

Also for reference, they outlined that the Touch iPod models can’t have their storage capacity increased easily, so that’s only really applicable to iPods with (original) mechanic hard drives.

Who did you send it too?