Is there a technical reason why a ND5 XS 2 cannot be made to access iTunes Match direct? I appreciate that I can link my iPad to the ND5, but my phone is Android and at work in have my Mu-so Qb 2, so no iTunes Match access (I can’t have iTunes on my work PC to link that to my Mu-so).

I’d rather not turn my home iMac on as a server and don’t want to buy a NAS - too many boxes already.

If the ND5 and Mu-so Qb could log into my iTunes account, as they do my Tidal account, then I could have everything everywhere. Or is it just that Apple will only licence Airplay to Naim, but will not allow iTunes access?

If this issue has been done to death elsewhere then apologies, but I could not find it.

Or is it just that Apple will only licence Airplay to Naim, but will not allow iTunes access?

This is your answer. Doesn’t your tidal subscription make Apple Music redundant?

Thanks for replying. Not completely, particularly playlists - for instance I have a Halloween and a Christmas playlist on iTunes that would be a real pain to replicate track by track on Tidal. And some of my more niche CDs are not on Tidal, but they are uploaded to iTunes Match.

replicate track by track on Tidal

I’ve a work colleague who used said service. It made what he described as “a right old mess” of 50+ playlists. Proceed with caution.

Thanks for the comments and suggestions. Thinking it through, in terms of getting iTunes Match “into” my Mu-So Qb 2 at work (no iTunes on office PC and no iPhone) a £20 iPod with WiFi from eBay would be the neatest and most cost-effective solution. And at home I’ll just have to walk upstairs and switch on the iMac or use my iPad via Airplay to access my iTunes playlists.

iTunes Match is supposed to be DRM free, so it should be possible to put the music onto a memory stick and put that in the QB2. Whether that works in practice I wouldn’t know but I can’t see why not.

iTunes Match is a subscription service but Apple confused matters by adding a similar feature to Apple Music.

I have many old CDs ripped to iTunes and uploaded to iTunes Match as well as recordings of things created digitally or digitised from tape/vinyl which are simply not available to stream or purchase.

Irrespective of which service, Apple currently do not allow users to sign in with their ‘iTunes/Apple Music’ AppleID on non-Apple hi-fi devices AFAIK to directly access iTunes Match tracks.

ChrisSU has a good idea - download the 256 kbps AAC match tracks to a small memory stick.

Something like this (potentially smaller capacity) would work well: 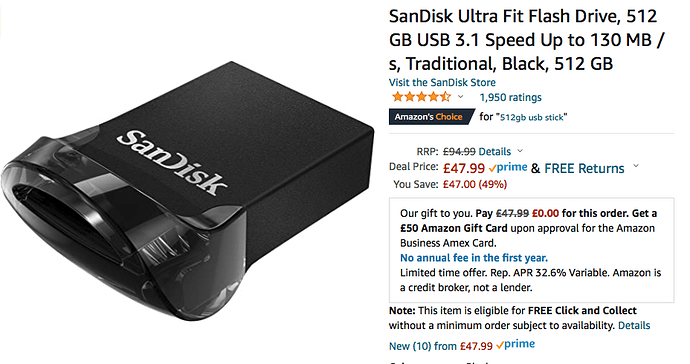 Although Apple Music may be available on Android, iTunes Match is not according to this support article which is a shame.

iTunes Match gives you access to all of your music on all of your devices, even songs that you've imported from other sources such as CDs.

iTunes Match has been around for a really long time and was designed to do something different than what today’s streaming platforms do.

The idea behind iTunes Match was that you could build an online (and thus accessible from anywhere you had an internet connection) library of your music without having to actually upload it (and thus consume Apple’s storage). The service would ‘see’ what music you’d stored locally by ripping cd’s and create a mirror library using iTunes’ own files.

It also mirrors files obtained otherwise and thus could effectively create a legit. library out of not-so-legit files stored locally (downloaded w/o purchase for example).

It’s cheap but rather redundant in today’s world of streaming services. And it matched with 256k bps AAC files, not lossless.

Essentially with certain caveats it would upload a lossy 256 kbps copy of something it could not match on Apple’s servers.

They are not necessarily dodgy files though, and might be no more ‘dodgy’ than ripping purchased CDs to begin with, but it’s helpful having matched copies of CD rips which are simply no longer available, and cannot be purchased physically, as digital downloads or streamed.

I’ve used iTunes Match since launch - probably one of the reasons I still have it is that it was an utter chore to analyse and upload tracks/albums which could not be matched as they weren’t in Apple’s music catalogue. Admittedly my upload speeds were dire then, but they’re not much better now!

Ive used it since the beginning too, and have only recently ditched it now that I pay for Qobuz. I can stream anything on Qobuz if my phone is online.

Ive used it since the beginning too, and have only recently ditched it now that I pay for Qobuz. I can stream anything on Qobuz if my phone is online.

As you mentioned it’s cheap but not particularly practical - maybe time to downloads those 256 kbps files and unsubscribe.