This is a good update on the James Webb telescope: 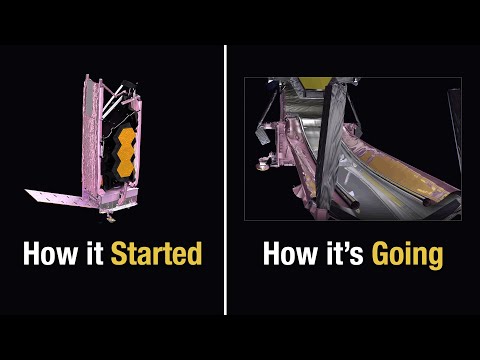 It’s an amazing technological project - almost incredibly risky in terms of all the improbable and delicate operations that must go right in order for the scope to work at all.

More importantly, it will give us a view into the distant past and help us understand what we are, and what the world is. 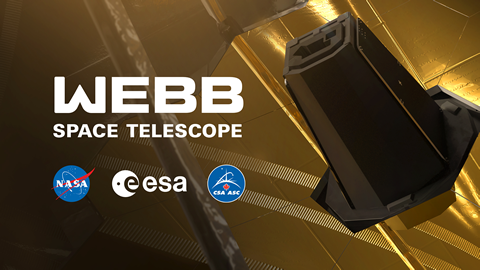 Yes, AFAIK it’s only designed to work for a decade…

Yes a lot of interesting stuff out there, including the regrets that much of the kit is now close to outdated as technology moves so fast, yet this is such a huge project.

Amazing too that it takes nearly a month to get it into orbit. Around The Sun.

Should be fab though.

I don’t know much about the James Webb mission. Being like hubble I believe that there is an international partnership with 15% European and 85% NASA. Part of the 15% was obviously the supply of the launch with Ariane 5. Industry had some inputs to some of the sub-systems as well but not sure which. The control will be I assume from NASA GSFC as for Hubble.
They are truly exciting missions and had the privilege to participate in the ground segment development and operations for the ESA Herschel and Planck missions.
Fingers crossed that all goes well.

Can you say which parts of the technology are ‘close to outdated’ and in what way?

However it is fuel limited and there is a fuel port. A refueling mission, most likely robotic, is not impossible

With all the delays accumulated, the instruments that were developed for the mission become outdated. Hubble on the other hand could evolve in that respect because it was serviceable.
With regards fuel, typically hydrazine, is used for momentum management and periodic maintenance of the orbit about the L2 point. With such a huge structure, the primary disturbance will be due to solar radiation pressure and possibly disturbances due to the instruments like coolant venting (if any), is absorbed by reaction wheels used to manoeuvre and maintain the pointing of the telescope during scientific observations, will need periodic angular momentum offloading. Also payloads that operate in the infra red need to be kept cool, some close to absolute zero, which can also have consumables like Herschel (cryogenically cooled payload detectors). With constraints imposed on the observing program, perhaps with an imposed sequence of pointing constraints, the solar radiation pressure can be used to perform some angular momentum management in order to optimise fuel usage.
Being a mission that operates around L2, which provides excellent conditions in terms of being away from Earth radiation belts and conditions to meet the necessary thermal constraints, this orbit means that it is not easily serviceable, unlike Hubble. So eventually these consumables will run out and therefore the observatory will no longer be usable.
I believe that James Webb was not designed with servicing requirements like Hubble.

I’ve seen and read a fair number of pieces on the James Webb over the last few years and, while an unbelievably magnificent bit of kit, a lot of commentary has been about the build time and how the moment a decision is made about what to fit, be it a large piece of equipment, a chip, a sensor, whatever, then that’s it. Clearly, this is not unusual on any long build product.

However, because they naturally want it to be the best it can be, especially in terms of vfm in comparison to what the Hubble can already do, there seems to have been this perennial handwringing about going with what they’ve got, or waiting just a bit longer because the next evolution of said item in development will be better, lighter, more efficient, cheaper etc.

In practice, you have to make the ‘Go’ decision at some point of course and acknowledge that by the time the thing is up and running around the solar system, then it’s not quite as up to date as if it were built ‘today’. And, as pointed out above, no upgrades!

All that said, as a lay person I can’t wait to see what it can see. I know there’s so much more to it then gathering data for some pretty pictures but I can only assume they’ll be amazing!

All that said, as a lay person I can’t wait to see what it can see. I know there’s so much more to it then gathering data for some pretty pictures but I can only assume they’ll be amazing!

The James Webb telescope is designed to ‘see’ in the infrared spectrum, and so the images it produces may not look as pretty or amazing to we amateur star gazers as those produced by the Hubble telescope in our optical spectrum.

Does the James Webb telescope have any ‘optical’ capability?

Hello Hmack
My background is not astronomy even though I have supported a number of these missions.
I think you will find that even the Hubble payload evolved over it’s life with changes to instruments and detectors with the various servicing missions. This included observing in the infrared.
The gains of observing things over the complete spectrum of wavelengths is therefore important to get the “complete picture” if you pardon the pun

I just read that they deployed a momentum flap that is very important to balance torques created by solar radiation pressure. A good start.
It will be interesting to see the initial commissioning and excitement from the astronomy community and the first light press releases and hear what they have to say.
It is a relatively short period for the complete deployment sequence. Let’s hope everything is nominal.

Well I signed up to the Naim forum to gather more information about their products. What I did not expect is to get a masterclass on the James Webb telescope! Fascinating stuff!

I don’t believe it has any imaging capabilities in the visual spectrum. All IR.

These animation show the James Webb Space Telescope deployment sequence, as well as breakout animations of each major deployment on the telescope. Each animation is available as a Quicktime ProRes, mpeg-4 or as a png frames sequence.

These are fun. An odd mix of hi-tec and Heath Robinson

It is primarily working in IR as that will be more revealing for very distant objects. The instruments do have some visible wavelength capability.

However the engineers will absolutely take all the data sent back and convert it into pretty pictures. They need tax payer funding, they need to show their results, not just their workings. As the man once said, “No Bucks, no Buck Rogers”.

It has to work in the IR because of the vary large redshift of the objects it is designed to find (the first Stars and Galaxies). Since the universe is expanding and everything is moving away from our point of observation the mass of visible light emanating from these objects is red shifted a very large amount compared to the much nearer galaxies and has moved from the visible way into the Infra red. The most distant objects detected by the Hubble have redshirts of up to 11. NASA has developed the detectors to detect red shits up to as much as 20 for the Webb to ensure it finds the most extreme redshifted objects.

Many objects are only visible in infra red or far infra red. Nurseries for star birth shrouded in dust clouds. I.e. the cool parts of the universe.

That said a great milestone for the observatory and looking forward to hopefully a successful full deployment of the telescope mirror and calibration/commissioning plus performance verification phase.

One should applaud the performance yet again of ariane 5 for such an accurate injection, which translates into more fuel for the routine science mission operational phase and therefore a longer life for the observatory.
Sad to say that ariane 5 is soon to retire after not even 20 years

It’s good to see how many unfolding operations have been completed so far.

Still a few hundred thousand miles and dozens of further operations required before it’s up and running, though.

Amazing too that it takes nearly a month to get it into orbit.

Not really, many of the current crop of large commsats (i.e. those with “electric propulsion”, rather than chemical ABMs) take several months to get to geostationary orbit.