The video is pretty bad, but the audio is fine. From 1970. Just Page & an Acoustic Guitar. Fabulous… 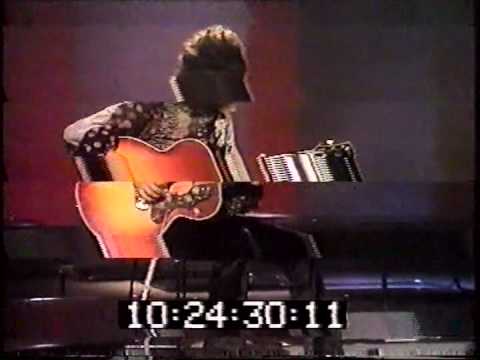 A lovely noise, and it quite clearly demonstrates his influence upon Davy Graham and Bert Jansch…

Surely you mean the other way around, Page was heavily influenced by both.

Yes, it was my poor attempt at humour, I’m afraid, and surely the tune should be titled “She Moved Through The Black Waterside”…another attempt …

Page was heavily influenced by both [Graham & Jansch]

Yes. No doubt - and I believe Page has confirmed this.

Both ‘She Moved Through The Fair’ and ‘Black Waterside’ are clearly (IMO) sources for ‘White Summer’ & ‘Black Mountainside’.

The TV programme was called “Once More With Felix” 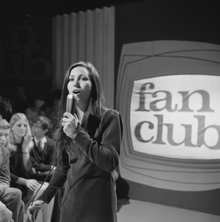 Julie Ann Felix (June 14, 1938 – March 22, 2020) was an American-born, British-based folk recording artist who achieved success, particularly on British television in the late 1960s and early 1970s. She later performed and released albums on her own record label. Felix was born in Santa Barbara, California to father of Mexican origin and mother of Native American and Welsh ancestry. She graduated in 1956 from high school in Westchester, Los Angeles. In 1964, the same year that she arrived in t...

One of my favourite albums of all time is “Changes” by Julie Felix, released on Fontana in the UK in 1966 or so, only available on vinyl. She is accompanied throughout by John Renbourn and on one track by Martin Carthy and Dave Swarbrick. I love Renbourn’s work and his playing on this is wonderful, he also accompanied her on some of her appearances on “The Frost Report” on TV. Felix also had as guests on “Once More With Felix” Leonard Cohen , The Incredible String Band and Tim Buckley some of which can be viewed on You Tube.

Hadn’t made that connection but I’m not a huge Zep fan, will take a listen, thanks for the heads up! Such a shame that Bert never made any real money for all of his influence. I thought it was incredibly gracious of Neil Young to invite him to open for him on those tours in the US.

It seems that he is working out some proto-“Over the Hills and Far Away” from Houses of the Holy, which came 3 years later, if I have that right.