Two friends and I experienced for the second time live ans up close. She just keeps getting better! Discovered by Dave Stewart of the Eurythmics at 16 years of age he blew him away. Joanne Shaw Taylor- The Blues Album new is a collection of blues cover song. Even an Aretha Franklin trac! British Blues Rock.

The Blues Album strikes a perfect balance and delivers the best listening experience of JST career.

Saw her many years ago at our local theatre and was really impressed. A fantastic blues guitarist.
Unfortunately the audience were a bit middle aged and sedate and seemed a bit taken aback by her power and energy!

This is my favourite 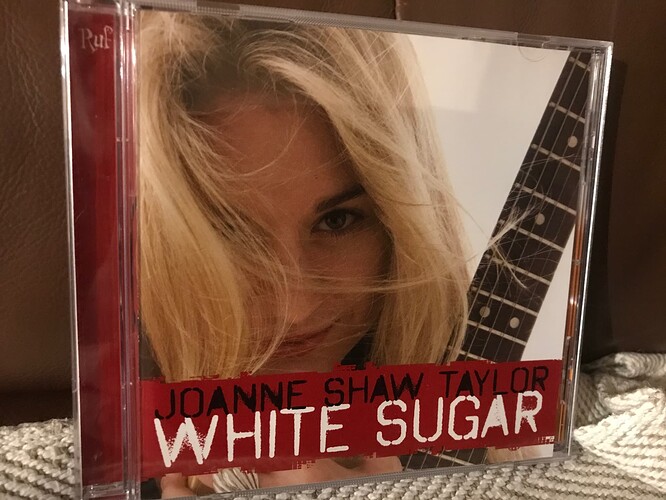 My better half and I saw her live and were distinctly underwhelmed. Maybe it was an off - night but she was apparently more into her playing than engaging with the audience. The impression was that we were incidental rather than the reason she was there.

DogWalker - Glad to see some JST fans. I had a suspension since she’s from the UK there would be a larger fan base. She maintains a home in the US in Michigan as well. I discovered he about 6 or 8 years ago when I picked up Wite Sugar. Great albumn and probably her best produces sonicly.

We saw her at a outdoor casino show a few years back and there must have been 4000 people. Their were all age groups so the crowd was more into the show. This was pre covid and she stayed after the show and gave autographs, took pictures and everyone was worried they wouldn’t get to
meet her.

She spoke up to the crowd waiting patiently and said to relax, I’m not leaving until everyone that want to meet me has the opportunity. And shw did. I have several pictures with her.

I would have to disagree. She carried on dialog with the audience and even told a very personal story about someone cheating on her and she decided to stay with him for a period of time then she came to her senses. Her advise was your only one go around so share your life with loves ones and people you truly trust. Then she song she wrote about the breakup.

Thank you. I bought it mostly on the strength of your enthusiasm. CD should arrive in a couple of days.

You talk about the audience middle aged and sedate i have been to concerts where some people
Have been asleep.

Christopher _M - I hope you enjoy The Blues Album. Even knowing the tracks are cover songs IMHO she makes them her own. I found myself Googling song titles to remind me who the original song writer/recorder was. The prospective of the new album was to put an emphasis on her vocal abilities and less on her guitar work. That was a decision by her and Joe Bonamossa. Listening to her sing and watching her play the guitar is simply icing on the cake.

Her “Let me down easy” is an amazing gift.
It’s also the best produced song on the albumn.

Picked this up on vinyl this week, a very nice presssing, perfectly flat, no scuffs, no “no-fill”, it even arrived undamaged. It was a little on pricey for a single LP but well worth it.

GraemeBC - Thanks for the reply. I hope you’re enjoying the collection of as I am.

She appears to be more vulnerable vocally and lyricly. It really showed on stage last week. I already believe she’s a guitar queen but she really showed tons of emotion on the microphone last time. She really left it all out there on stage. 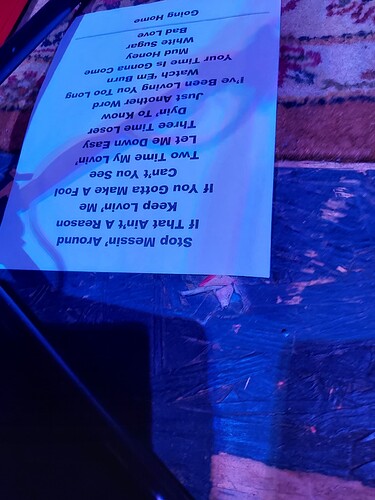