John Lennon passed away 40 years ago

I woke up this morning to the BBC Radio 4 Today Show presenters discussing the 40th anniversary of the death of John Lennon. For me, this discussion sparked a very sharp memory jolt to this awful event. There’s also an interesting piece on the BBC website by Tom Brook… 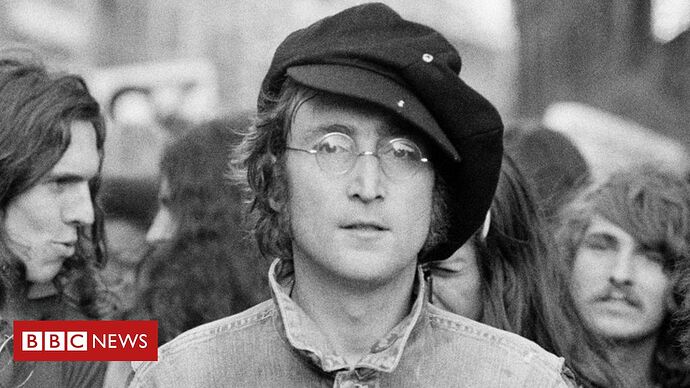 John Lennon: I was there the day he died

The BBC's Tom Brook is still haunted by being the first British reporter when Lennon was shot.

As I was very young, this was the first time that the death of a significant public figure affected me deeply. The shock, as of course to all Beatle fans across the globe, had a profound impact that still resonates with me today, even though it was so long ago. I’ll never forget coming home from school and watching the TV bulletins detailing this heart achingly, desperately sad event.

Then, being in my very early teens I was just starting to dig a little deeper into music outside of the radio charts, and with help from school friends and older siblings, The Beatles (and Rolling Stones) were front and centre of where I started, and all my pocket money went on their records. As I acquired each new record, I was just becoming aware of how good they were, and I’ll always cherish that memory of discovery.

Interesting looking back and reading the BBC article, and of course what could have been if he was still with us.

This was the first thing I heard on the morning of my 20th birthday - yep 60 tomorrow! A lifetime ago …

Many happy returns for tomorrow.

Thanks for that. Won’t be a very memorable one. A celebratory meal out had to be cancelled for obvious reasons!

I was 16, revising for my A’Level mocks, my mum woke me to tell me. I was chatting to two dear friends earlier, we all remembered what we were doing when we heard, and we don’t have many memories like that. It hit many of my generation of music lovers hard, we didn’t hear the Beatles as adults, I was 7 when they split, but we loved their music, heard Paul and John’s solo music as we grew up (and George to a lesser extent). John was an important force to many people of my age. RIP, and thanks.

It is a sad memory for me too, I was 15 at the time. My dad was a huge Beatles fan, so I naturally was too. My best friend at the time had just bought the Double Fantasy album, so I remember listening to it over and over in his bedroom, right after it happened. To me, he is still one of the top musicians of all time, and will never be forgotten.

RIP, agree, he was a genious and one of the greatest musicians. He made music history in Beatles and wrote one of the best lyrics/ songs ever in my oppinion; “Working Class Hero”

I can remember waking up to the news when I was a Student. It was a shock and a huge news story.
My Father who was really a generation and a half older than me just didn’t “get” why it was a big story.

I saw Dire Straits at Newcastle City Hall on the day John Lennon was shot. They played Imagine as a tribute. You could have heard a pin drop.

I live in Canada, so we heard the news in real time, not the next morning. Howard Cosell announced the bad news on Monday night Football.

Like Ringo. Would have gone on to star in a few B movies, maybe another hit single.
Definitely a weirded divisive album.

Do you mean he only did half of it?

I was 22 years old, and a young cop working in the office on nights when the 1 or 2 am news came on. I’ll never forget it…when I was 5 my parents used to get me out of bed to watch Ready, Steady, Go at 7pm on a Saturday night because I wanted to see The Beatles…