All formative in my youth and young adult life. Jonathan Miller’s ‘The Body in Question’ particularly.

I met Gary Rhodes once and he gave me an autographed copy of one of his cook books. He was delightful and a true entertainer as well as a superb chef. Apparently, his favourite ever dish was a bowl of mushroom soup he ate is a small restaurant in Provence.

Clive James was another I liked greatly and after listening to Pete Atkin sing his lyrics on the John Peel Show went out and bought all their collaborative albums. They are enchanting stories set to music.

What is lost is never gained again, the world is a sadder place for losing these three gentlemen.

I remember, about 37 or 38 years ago, borrowing the Clive James anthology The Crystal Bucket – a collection of his Observer TV reviews – from the local library and embarrassing myself by laughing out loud on the Tube while reading it. Wonderfully witty, barbed and often hilarious writing.

Rhodes was a decent guy and a great chef, whose tireless championing of British cuisine was a breath of fresh air back in the day.

We often use recipes in a particular Gary Rhodes cookbook. It may even have got me into proper cooking, which is an important part of my life now…

Admired Clive James for years and also have all the Pete Atkin albums. I saw them perform at High Wycombe Swan in the early 2000s with Clive James reading his poetry. An excellent and enjoyable gig.

The thing to hold onto is that yes these were very special and important people but, in spite of all the ignorant populist nonsense that is crippling life in the UK in so many ways, there are other younger people whom we may not know yet who will move into the vacuum these wonderful people left behind.

What a lousy day, RIP all.

Very sorry to hear that Clive James has died. I particularly enjoyed his TV moments with Vitali Vitaliev - their story is well worth a read.

Thanks for the tip … here’s an interview with them both in the Independent.

HOW WE MET : VITALI VITALIEV AND CLIVE JAMES

Vitali Vitaliev, 41, was born in the Ukraine. His articles in Krokodil, the satirical magazine, attracted the wrath of the Soviet authorities , and he defected in 1990. He lives in London and works as a writer. He is divorced, with one son. Clive...

Jonathan Miller was a great mind, like a bright and breezy better version of Will Self.

Agreed, but have to say Will Self is a pompous, vacuous, self important bore compared to Clive.

He is awful @Martinzero – and a pretty dreadful writer as well. 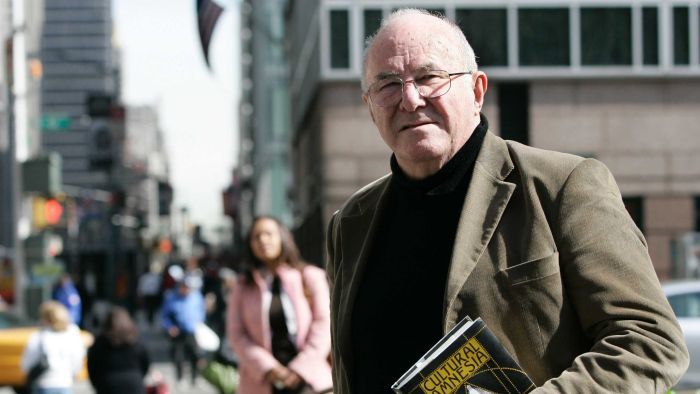 Maybe we have made our peace with the idea of success, of recognition. Or maybe Clive James was just exempt.