Not sure if anyone saw this yesterday, but given all the publicity regarding plastic in the seas, microsplastic particles polluting land/rivers etc., on the few trips I’ve made out of the house I’ve noticed discarded PPE items in car parks and on the street. 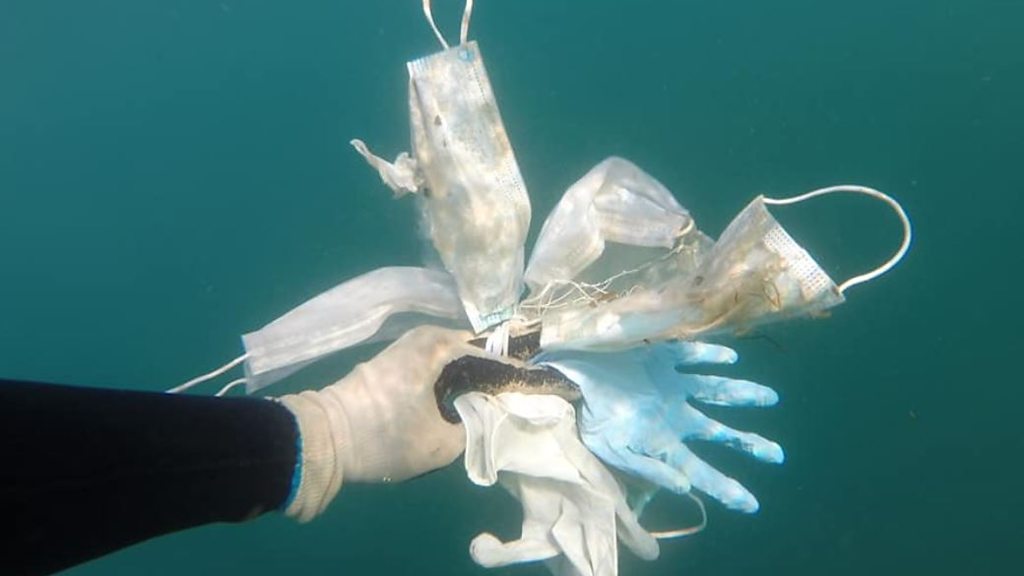 Environmentalists in the south of France find masks and gloves littering the seabed.

Hope the link is ok, the video is astonishing.

Someone else’s problem and the usual lack of personal responsibility.

On a related note, It was nice having the various drive through takeaways shut for a period of time due to Covid. This cut down the amount of discarded McDonalds paper bags + contents (other establishments are available) that useless f**kwits just chuck out of their cars when finished with. I’d like to keep them shut.

Poor parenting and a lack of consequences for the perpetrators.

Many are just plain selfish and don’t care about the consequences of their actions to others.

It’s not McDonald’s it’s just people. I don’t really understand it. I could be controversial and say it’s the younger generation but I’m afraid it’s probably across the board.

Someone else’s problem and the usual lack of personal responsibility

It’s very probably across the board. Litter is really depressing - it just doesn’t need to happen. Back in the day we had public information films. Tufty helped us learn road safety. The green cross code man. When out walking I see people cycling on footpaths - not just young people but middle aged too - people leaving gates open, litter on the ground, dog poo wrapped in plastic bags, people at crossing gates with their engines running. Last year in the local village a huge Range Rover drove past with the windows down and they chucked rubbish out onto the road. I think some people believe that the council are picking it up every day. And some probably don’t think at all and are simply really, really thoughtless. It’s awful.

Last year in the local village a huge Range Rover drove past with the windows down and they chucked rubbish out onto the road.

This Exact thing happened To me, today, while i was out for my daily 10k running…

Someone in a van once threw a bread roll at me when I was running. People are weird.

I dont know if i where to laught or cry?!

It’s very probably across the board. Litter is really depressing - it just doesn’t need to happen. Back in the day we had public information films. Tufty helped us learn road safety. The green cross code man. …

I’ve also felt, and probably said a few times, that the absence of these on TV these days is probably detrimental. The fact we used to have such features probably reflects it’s always been a problem since the advent of consumerism, take aways and ‘disposable’ packaging which takes years, decades or longer to biodegrade.

The old public information films often did it with a bit of humour, especially the cartoon chap and his wife Petunia.

These days information comes across as a bit preachy whenever we are told things by the government.

I bought a collection of these on DVD a few years ago.

Many bidoegradable plastics are not really what people think, in the sense that they decompose but not necessarily to simple naturally existing compounds, but chemical breakdown products which are not naturally occurring. at all.

I try to “lead by example” for my 10year old boy.
You got a point there. Education is the Key.
Got to start somewhere…

When my kids were a lot younger and we’d see litter in the countryside I’d often remark ‘look, naughty people have made a mess’, didn’t take long for them to be saying ‘naughty people’ everywhere we went.

Hopefully it might stick into adulthood (not littering that is)…

Someone in a van once threw a bread roll at me when I was running. People are weird.

One of Mrs AC’s colleagues had a glass bottle chucked at her by some youths on a local trail - a gang of several boys and girls who were laughing ‘not us missus, must have been someone else’ they chanted.

Saw a report yesterday about wire being stretched across trees further along this trail with a chap cycling slowly inuring himself and having to attend hospital. Other reports of tree trunks/obstacles/tacks being placed on regional paths

I think I was some strangers guardian angel earlier today.
Coming across on a cycle way next to the guided busway, the lights for the busway was green and the lights for traffic and pedestrians at a crossroads was red. Looking, a little girl on her little bike was tearing forwards and the bus was approaching forwards. I quickly waved and pointed to the pedestrian point to the bus driver, he stopped. The little girl stopped.
The bus driver then gave me a wave and nod, but the little girl had her young father coming behind on his bike completely oblivious to the situation, or what could have been the situation.

I try to “lead by example”

If only everybody did that the world would be a better place.

Well done, sir, I hope this little girls father at least thanked you.

Someone in a van once threw a bread roll at me

I do not understand this type of disgusting behaviour. When I lived in Sweden I used to remark how clean and litter free it was. The reaction was is that the best thing you have to say about Sweden. My response was when you came from where I did, it was something I really liked and hoped they’d never lose and would teach visiting Englishmen to follow suit.

Back in England, I made the mistake of saying to someone “would you throw the wrapper on the door in your own house?” only to discover later that is exactly what he did.

I told a ten year old (or thereabouts) boy around 11 years ago to go and pick up the coke can he had just kicked into a wood (this was in the grounds of a country house in the Lake District). His dad came and told me off for interfering…

Yes its a brave person who intervenes these days