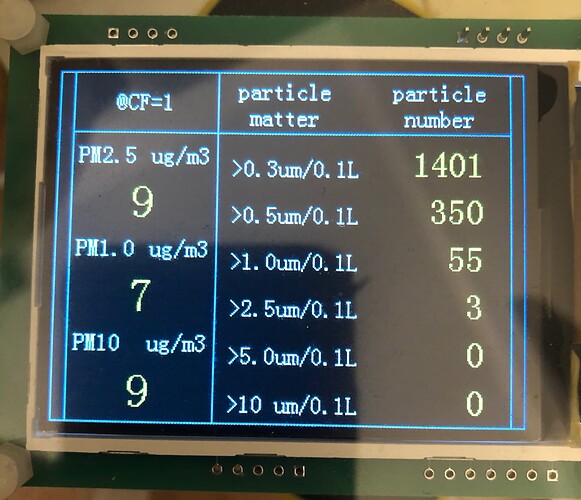 Just used the air fryer downstairs for 20 mins to cook some chips and fish fingers for the kids. Is that the cause I wonder?

Maybe these trendy gadgets have a sting in the tail:

I think you may be worrying too much.

Probably, but it’s all relative I guess - if you know something is generating pollutants you might avoid altogether or cook at lower temp to reduce the effect. Opening the window might help, but maybe not in this weather

Also puts some perspective on things - if the log burner doesn’t cause huge changes in particulates indoors when refuelling etc, but cooking fish fingers does…

Regardless air quality: do never prepare fish and chips in an airfryer!

Why not? It’s the quick after school convenience frozen stuff. An air fryer works far better than an electric oven for crisping fries or batter.

Taste certainly. We are sinners too and my wife uses it every now and then but its really not that difficult to fry a fish.

But convienience, yes airfryers are quite convenient.

No, it’s not, just don’t like vats of boiling oil!

It’s in the house… 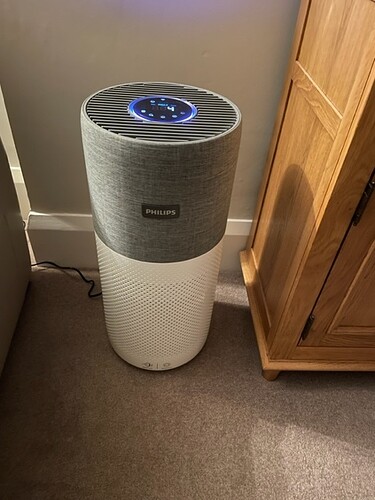 A damn fine machine…app played hard to get initially in terms of connection, however there now.

Yes it is good. Very nicely made and designed. Suck air in from 360 low down where the dust is, go through an excellent filter with just two large foolproof seals and propel the air out the top where you want it. Very quiet motor, clever app and algorithms and made by a well known company, so hopefully it will be serviceable for a long time. Nice one.

Thanks. Well impressed with it…works very well, quietly, and the filtration unit is good (spent many years working in filtration), 3 yr warranty - wots not to like.

This is the DeLonghi AC230 I got maybe 7 years ago - the replacement filters at least seem to be in stock again! 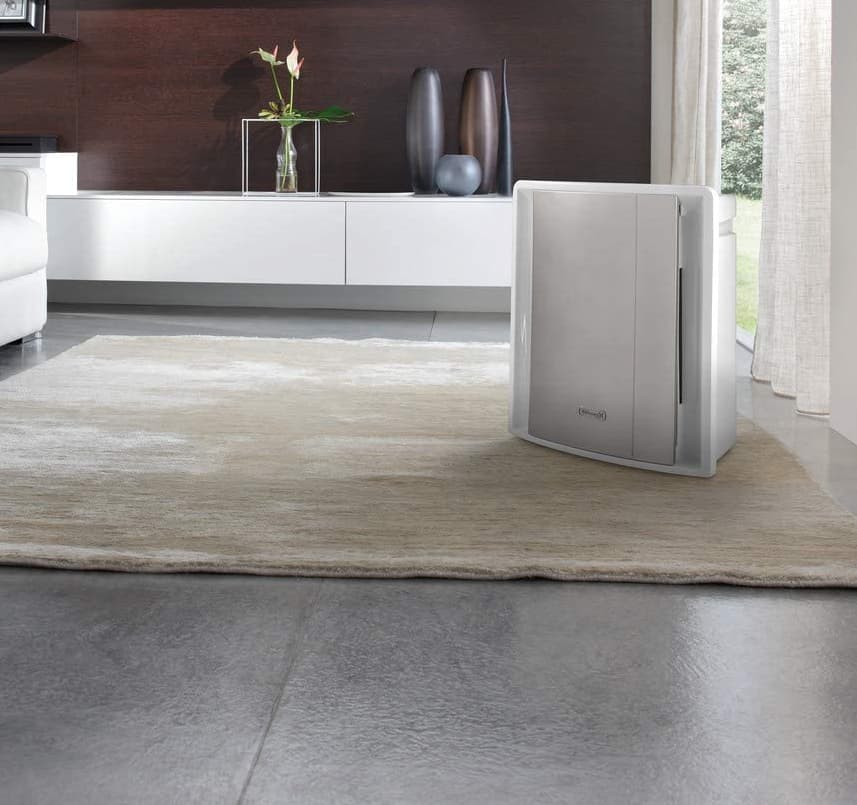 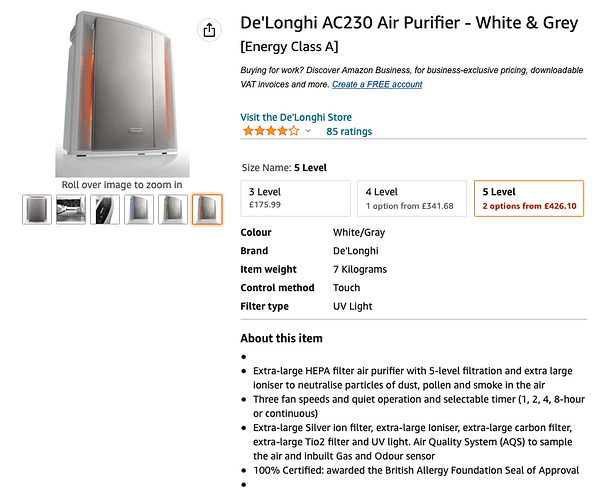 Suspect the Philips one is more modern and better. Looks more compact too.

The more log burners get used the closer we get back to this. 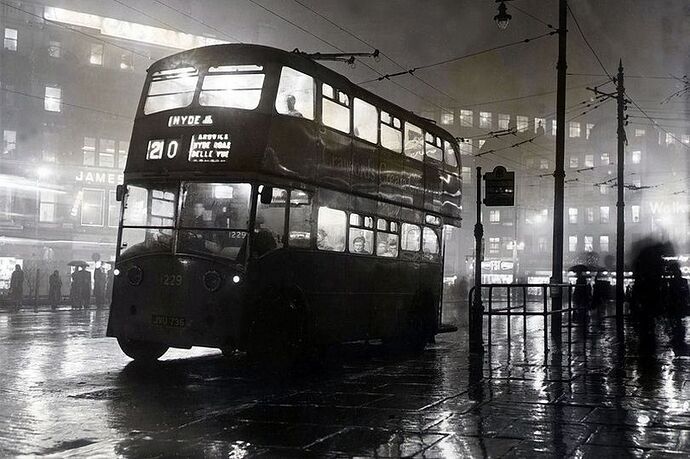 For those who’ve only started shaving this century this picture is midday in Manchester in 1953.

An electric trolleybus, pretty widespread in UK in the 50/60’s until some short-sighted folks thought diesel ICE engines were ‘better’…now that’s pollution.

Electric vehicles in Lancashire…in the 1950s too.
Who’d a thowt it?

Whilst in Lidl today I purchased a pack of their heat logs.

I have used one but will not burn anymore on my open fire.
I light it during the afternoon as a cheerful feature.

They burn away within 10 minutes and yes produce heat as well sparks that fly everywhere. I would not use them unattended even with a fire guard. 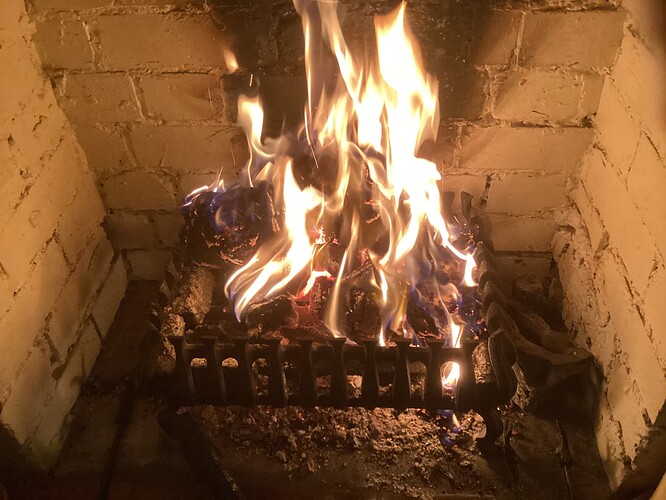 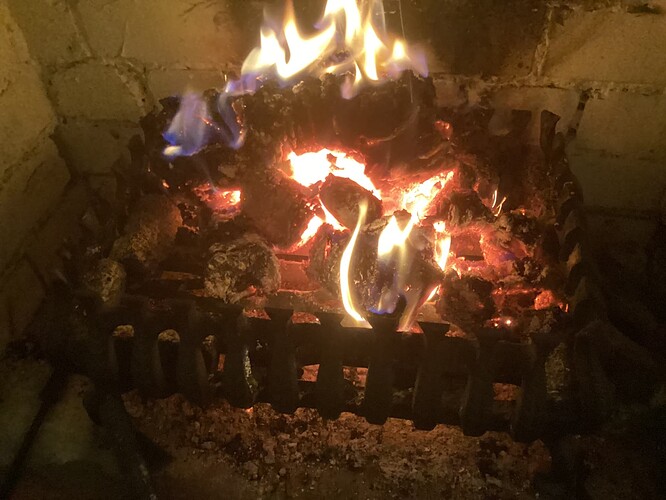 Once the flames are gone do they not give some nice glowing embers for an hour or two? The Hotties fire logs have nice flames but once properly burning they just glow for 90-120 minutes for me with a blowtorch like flame emanating from the hollow cavity within.

If I can find them I’ll try the Lidl ones.

Can’t remember the name but Home Bargains replaced the excellent Verdo fheat logs with some solid compressed wood things - they actually burn well, but unfortunately have bits of plastic/rubber in them which makes me rather suspicious of what else I might be burning!

No glow.
They just crumble to ash after the blaze has gone.
If you use coal briquettes these logs certainly get them glowing.

Opened a bag of coal briquettes from Wickes on the weekend - mouldy wet horrible smelly things, but a ‘lovely’ certification on the plastic bag which means nowt if the product has been stored in wet/damp conditions. Disgraceful that we have all these rules and regs and ‘certified fuels’ are poor.