I’ve really enjoyed listening to Love Pants on BBC Sounds. The story of The ups and downs of Jane Horrock’s relationship with Ian Dury with excerpts from her diaries and letters sent to her by Dury and of course his unique songs.

Horrocks is no mean singer herself. That central scene in the nightclub in Little voice is really quite astonishing.

Ian Dury really was one-of-a-kind. I saw him a few times in London in the mid-1980’s in gigs with his then Stiff Records label-mate Elvis Costello. Nick Lowe (also a Stiff artist) was also often in tow. Ian Dury was a good singer, who rather hid that by singing and recording way-out material.

Excellent, @sacdfan missed this, so thanks for posting

Will queue it up on the BBC Sounds next week.

I rather like Baxter Dury’s The Night Chancers album but I don’t really know why. Baxter is Ian’s btw.

Baxter’s brother Billy is also a really nice fellow.
Saw (and met) him recently at the Nite Owl in Finsbury Park…my wife loved him too. 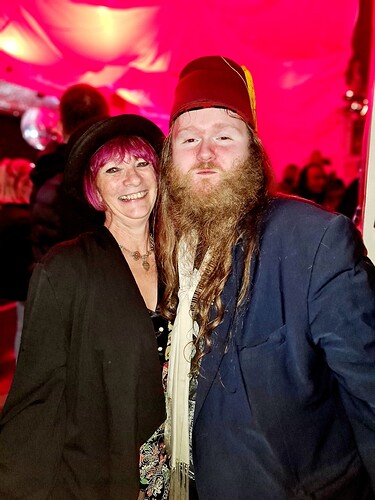