Anybody have the luxman d-10x cd player if you have what’s it like and is it worth the cash.

Luxman certainly used to be a cut above the rest of the Far Eastern manufacturers in terms of design, build quality and all the rest. There used to be a lovely turntable (which may have had the designation 171, and which I think could be bought without an arm, so that owners could pick whichever SME arm suited them best. As I recall, there weren’t too many other top quality arms that would fit - I never saw the deck with one of the early Ittoks or (say) the Mission 773 (?) fitted.

They looked amazingly well-built, as if they would last for ever. I wonder if many are still in use.

I haven’t got a D10-X, but if I had the money, I would definitely buy one, having heard one at a Luxman dealership. I was blown away by it, especially on SACD, but also redbook CD. Of course, whether it’s worth £15–£16k is a decision for the (potential) purchaser.

I think its looks are lovely. The build quality is fabulous too: 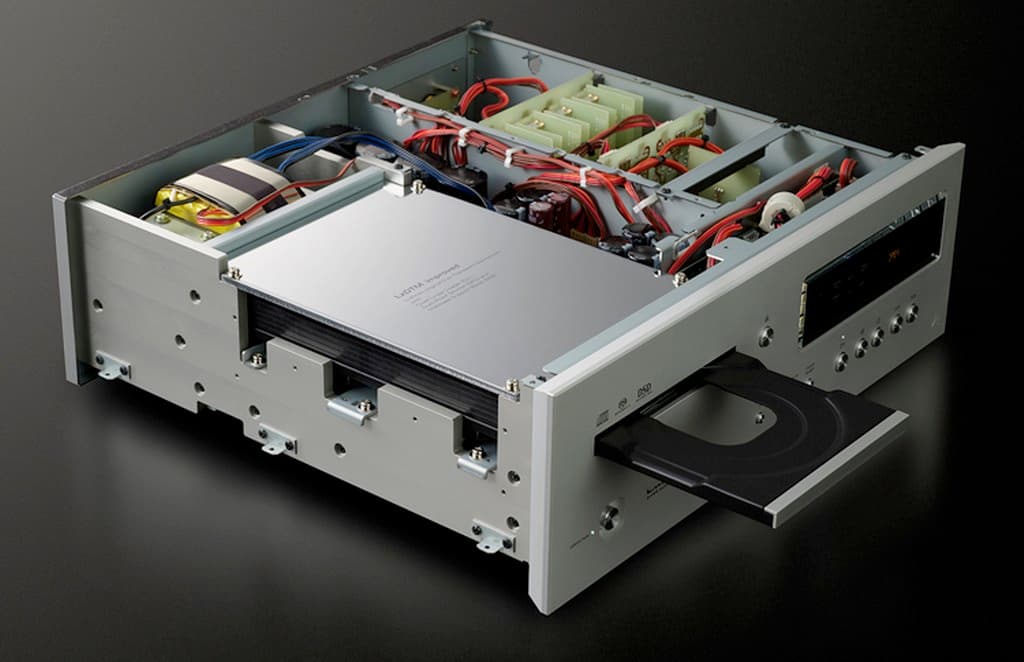 I should add that forum member @MrDom has one on order… hopefully he can share his impressions once it arrives.

Thanks to everyone for replying and have a great Christmas…

A friend of mine has just done a very extended audition over a number of weeks between: this CD player, both for spinning discs AND as an external DAC; the dCS Bartok; and, the Mola Mola Tambaquie.

The field shifted back and forth until it came down to the Luxman & the Mola Mola. The latter won, one a Grimm MU1 was added. So, in his system etc £20k beat £15k.

He enjoyed all three. Sans the Grimm it would have probably been the Luxman that won.

Luxman doesn’t thrust detail in your face, although it is there if you need it. It allows you to play and communicate with the music in a way that has you listening to just ‘one more track’ long after you should have gone to bed.

Anybody have the luxman d-10x cd player

@TheKevster is absolutely correct. Will hopefully be with me in early January.

I have approximately 350 CDs to hand waiting to give the D-10X a good workout!

Another 400 CDs close by and easy to get. I simply cannot wait.

My main listening will be Classical, Blues, Acoustic Guitar, Rock and a growing Jazz (new to me) CD/SACD collection.

I have also bought several MQA-CD titles from label 2L. These are fabulous recordings and transfers by the studio so will be interesting to see what they sound like. I have already ripped/converted them (24Bit 88.2 kHz) to my streamer and they certainly do sound fantastic.

I’m not going to get too focused on MQA though, I have hundreds of well recorded and mastered Red Book titles ready to spin.

I will keep you all updated as she settles in.

Interesting! In order to stream to the Luxman D-10X, I will probably give the upcoming Grimm MU2 a home demonstration when available. Let’s see.

How long is the wait for the luxman.

In the UK probably 6-8 weeks turnaround. Luxman UK distributer then gives the box a good check/visual inspection before sending to the UK dealer. If anything looks amiss, it goes back!

I am looking at getting one myself sometime next year will you keep us updated as how you get on with it …hope it goes well for you and thanks for reply.

hopefully he can share his impressions once it arrives.

I have already decided that the first discs to get played will be the ABKCO Records SACD 2002 remasters of The Rolling Stones earlier albums.

I followed the live review in Alpha Audio YouTube site ( the thread exists here). They were comparing 3 streamers, and specially Grimm MU 1 / Mola Mola Tambaqui vs Nd555.
The Nd555 was much more involving I remember. If someone likes Naim sound strength, I would not advise Mola Mola personally. But I don’t say it’s not a top source however.
Don’t know how this Luxman sounds, but I heard top Accuphase and Esoteric cd/ SACD players, both Japanese as the Luxman, and found the sound lacking drive and fullness.

The output that really worked for the Grimm was the AES. Apparently the Luxman only has USB and COAX.

He was using the Luxman with his Melco.

Obviously always worth using your own ears in your own system!

Look forward to your thoughts.

My friend’s system includes either Luxman 900 amps or ARC amps into Avalon PM1s.

For me the interesting thing was hearing his preferences swap and change back over time. This was in part due to changes in music server infrastructure, cables and honing setup.

All three were damned good. In his system he chose the Grimm / Mola Mola; I was rooting for the Luxman.

@TheKevster I see you have the Dynaudio Special 40 speakers in your system. I recently discovered a few articles on the Dynaudio Heritage Special speakers and seem to have become obsessed by them!

I have never heard them but imo they look beautiful and seem to get great reviews. Did you ever listen to them?

The workmanship on display is outstanding imo.

Apparently the Luxman only has USB and COAX.

That’s ok. Grimm Audio put the same effort/magic onto their COAX output too

Of course, I would home demo first before pulling the trigger.