Michael Fremer reviews the newly launched SAT XD1 record player for Stereofile. Worth a read over a coffee break…

Let's begin by discussing what SAT's XD1 Record Player System is not: It is not a Technics SP-10R in a sci-fiinspired plinthalthough the XD1's engine does begin life as the SP-10R's basic drive system, which is stripped down to a handful of essential...

If you have read (and seen on Youtube) Michael Fremer’s enthusiastic reviews for the Swedish Analog Technologies tonearm (owns and uses on his Caliburn), then you will be aware of the SAT turntable. Based on a Technics SP-10R direct drive unit, but the similarities end there as everything else is a clean sheet design. From the text, this seems to have been an uncompromising labour of love for the designer - Marc Gomez, with astonishing attention to engineering detail and some clever problem solving such as the air platter construction. But, the cost? For the plutocracy only!

Antivinyl audiophiles who have gotten this far are shaking their heads in disbelief that anyone would spend this amount of money to hear an old technology that they are certain is nothing but rumble, pops, clicks, and constricted dynamics. But the rest of us know the magic produced when old, familiar records get played on an upgraded analog front end. Nothing in the digital world compares to the experience—at least in my experience.

Everyone has experienced an upgrade where familiar music’s meaning, long hidden in plain sight, suddenly gets exposed. The XD1 did that consistently. I’m still hearing in my head the XD1’s playback of Eno’s Taking Tiger Mountain (By Strategy) (ILPS 9309) and Bowie’s Station to Station (RCA APL1-1327), thinking, “I’ve really just heard those records for the first time. Oh, there’s a second musical event hiding behind the familiar first one that I used to think was all that was there.”

There’s more than one contender for best-sounding, best-built turntable in the world. Another stratospherically priced one is arriving in a few days, and still another is scheduled for 2021, COVID-19 (or a vaccine) willing. For now, though, sleep deprivation makes clear that the SAT XD1 with CF1-09Ti is the best-sounding, best-engineered, and best-built turntable that’s been here. I’m so glad that I’m still here to experience it!

I will read it. As he owns already the 50k SAT arm, I feel he will sell his Continuum to buy this one.
But don’t tell me, I will read first

One funny moment, when Michael says: sorry, you can’t fit the SAT 12 arm on your Rega. ( around 60k tonearm).
However he wrote at the end: the SAT XD1 shares some attributes with the Rega P10: ultra fast, clean transients, tight, fast bass and overall sonic stability.
But the comparison stops here…

I would love to hear one. Barring a big lottery win it won’t be happening!!

@frenchrooster yes, I thought that was amusing, the thought of the SAT arm on a Rega (any), would be fun to fit it to something like a P10 - hope someone is crazy enough to do it!

@Premmyboy Likewise, I’ll never get to hear one unless at a high end show of some sort. I wonder if Mr Fremer will take the plunge.

If vinyl needs a beast like that turntable and that kind of expense, to sound its best; then it should be a dead format.

You could say that about most formats - some like to pursue ‘perfection’. Vinyl isn’t exclusive here.

Still cheaper! Also, factor in with that expensive turntable, you need a cartdridge and phono stage commensurate in price.
All for a format that is not practical like a streamer/DAC.

Michael Fremer said also that the 20k last Technics Sp10r is very close to his 100 k Continuum turntable.
I feel that 99% of the optimal lp sound can be achieved for less than 30k, included cart and phono.
You have to pay much much more to have the last 1%.

For cars it’s the same ( however I don’t drive). Top Ferrari or McLaren is 99% of the optimal supercar. You have to add 2 millions to have the last 1%. ( like Bugatti Shiron).

Looks like a NASA prototype for the 1995 Moon Landings…

It may sound lovely, but I’d have to name it and stick joke

on it should I ever buy one
(that’s never, then).

Mind you , I always loved Huey and Dewey from Silent Running, so…

Suprised Mikey did not get one on extended loan , but will get a very big discount if he buys one 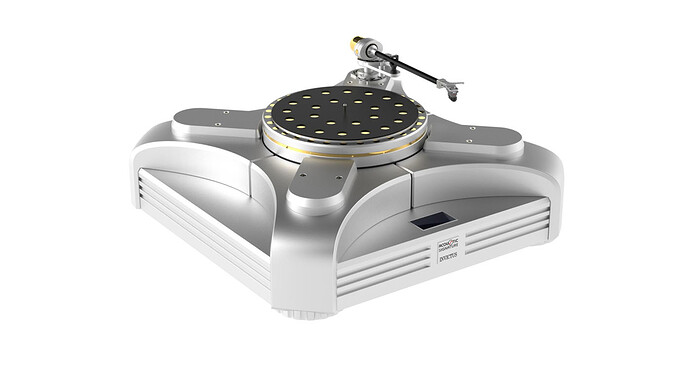 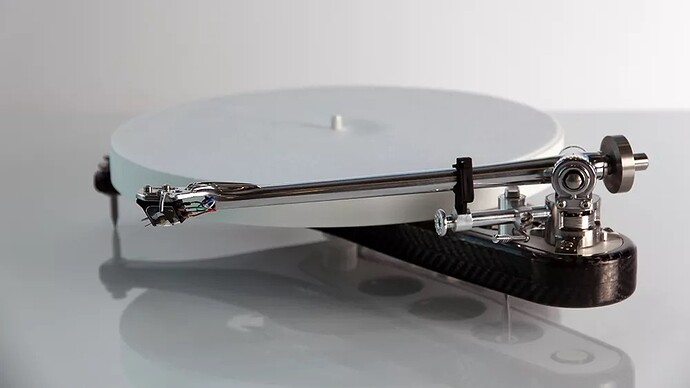 That was definitely stolen from the Krell on Altair IV!

…SAT XD1…satellite extermination device. Beauty is in the eye of the beholder, but so is ugliness. For me, the satellite destroyer falls into the latter category. Even if it sounds fantastic (and I could afford it), never in my house.

I have to admit, that the P10 is at the top of my shortlist for for my next TT. Good point with the Gordon Murray approach - Colin Chapman too

Have you seen the New Rega website? Beautifully done, with the Naiad on the front page and a decent write up about its development. Would love to hear one at some point, more so than the spendy TAD in some ways.

Yes it looks good. Rega, like Naim, seem to be able to consistently deliver great products, only changing track when they need to.

Posting that pic has reminded me to get my Rega book back !

Can you explain Yeti?

Michael Fremer wrote in the SAT XD1 review that he has 2 megabucks turntables to listen to in the next months.
So maybe the Techdas Air Force Zero. I like the Acoustic signature above, but not that one. 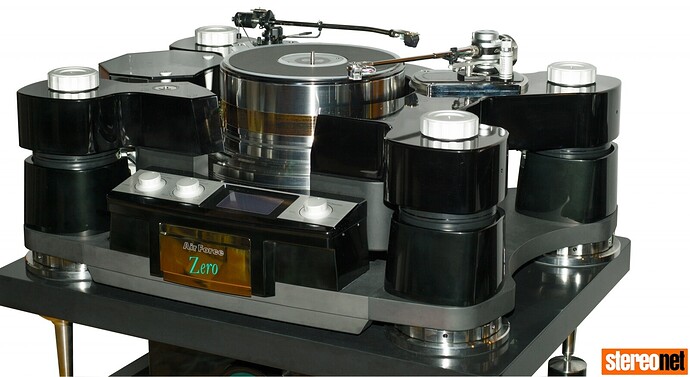