Just wondering which of the 4 classic quintet albums members like the best. 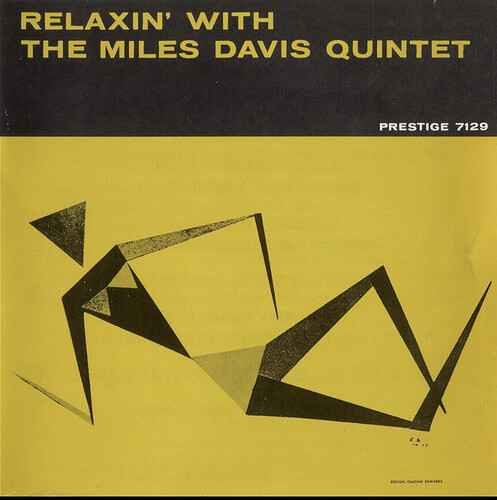 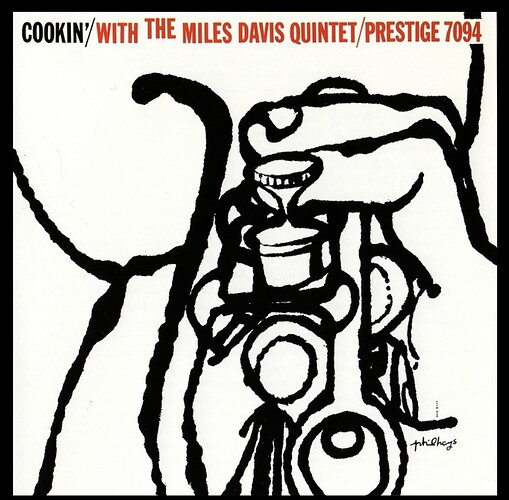 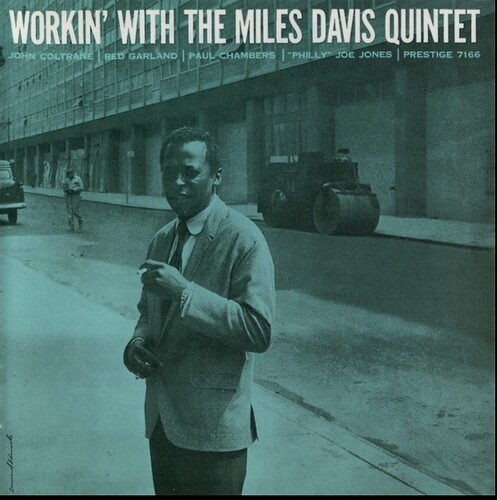 Relaxin’ for me. (Cookin’ next, if you’re asking.)

I’m going to go listen to it right now.

If you have quadruplets😁

I think mine is in the order the photos appear. Then again, by tomorrow it may be in a different order again. I have to agree with you about Relaxin as it’s my go to of the four, usually. Decisions …… decisions. 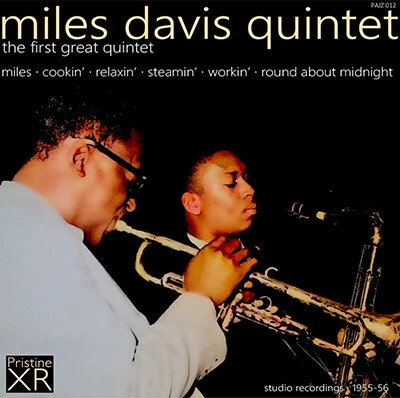 In case you’re not familiar with Andrew Rose’s “ambient stereo” releases, check out this new release of the six Miles Davis “first great quintet” recordings. I’ve been listening to their classical releases (Furtwangler, Walter, Toscanini, etc.) for a few years and find them fascinating. If you go to the PrestineClassical website they have samples of each release…definitely worth a listen!

Interesting thanks. I’ll check them out.

Decided to invest in these after listening to the samples. Andrew Rose has done an excellent job in putting back a live feel to the recordings. Excellent quality and makes my older CD rips a bit redundant. Thanks for the heads-up. I’m going to really enjoy these.

When you say it makes your old CD rips redundant, which versions had you ripped? I have the RVG remasters, which sound very good to me. I remember seeing them in a record store in Bristol for just £3 each, so I had to buy them all! As to which one I prefer, it’s hard to say, because as they’re quite short I tend to play three or four together.

I’ve got the 4 classic quintet albums on a mix of Prestige NY and Bergenfield deep groove LPs. Acquired before the prices went ballistic. Also have ‘Blue Haze’ on an Esquire LP (pre-Quintet).

The old Fantasy multi-CD set of the Quintet with that live material included is a very good way to acquire the material for CD users.

Hard to choose between any of them !

Clive - would that be Fopp? There was a time when they were selling most of the OJCs at £3 a shot and the box sets for around a tenner. I filled my boots from their London outlets - should have got even more !

No, not Fopp (although they did take a fair bit of my money!). It was a record store in Queens Road, not far from the Sainsbury’s Express. It’s gone now, sadly. I used to leg it up and down Park Street between the two.

I have enjoyed listening to the MDQ recordings but they have always sounded a bit flat because of the recording technology used, especially when you compare them to recordings made only a few years afterwards.
I have found these remastered Pristine XR recordings have given a really nice injection of depth, space and separation without reducing clarity, tone or dynamics. They aren’t stereo as such, but it almost seems like they are because of the improved qualities I have mentioned. Consequently they will be my go to recordings for listening to these tracks from now on, effectively making my other copies “redundant”, as they are that good, to me at least.

Possibly Miles best set of LP’s, I have Cookin’ on OJC, Relaxin on Analogue Productions and also the recent Craft Legendary Quintet box set which I believe are taken from the OJC masters as they where considered the best source available.

So hard to choose, My Funny Valentine on Cookin’ alone is an incredible version I suppose I’d say Steamin’ the one released later in the early 60’s is probably the weakest but even that is head and shoulders above most Jazz records.

I’m really enjoying the Craft Box Set as it’s in chronological order in terms of when they where recorded which gives a different angle to things but I really couldn’t choose.

If you just go through and concentrate on Coltrane’s playing it’s up there not only with his best but with the very best saxophone playing ever recorded, it’s restrained because of Mile’s influence who tried to teach him to hold something back always and for me it really works. Obviously later on Coltrane goes off into a whole other dimension and stretches things as far as his playing will allow but for me personally it’s here within the confines of this quintet that he really shines.