We had contemplated a move but put it on hold with Covid etc. It is probably about time to start planning again and we like the idea of the Languedoc. We are looking for a bit more winter warmth and to be within an hour of the sea, but not too near the tourist hordes. Anyone on here either live down there or have a place inland, north of Bezier/Narbonne towards the mountains or at least the foothills. We would like to be near a town with more than one restaurant and cafe/bar that stays open in the winter and would like to hear of recommendations.

I know it pretty well. My mother lives just north-east of Beziers, in a little place called Magalas. With two bars/restaurants! Both still open now😀

There are a number of large villages/small towns around there. Pezenas is bigger, very nice and well liked but carries a higher price tag than other nearby towns as a result.

There are lots of different seasidy places too, like Valras plage which is French touristy as below: 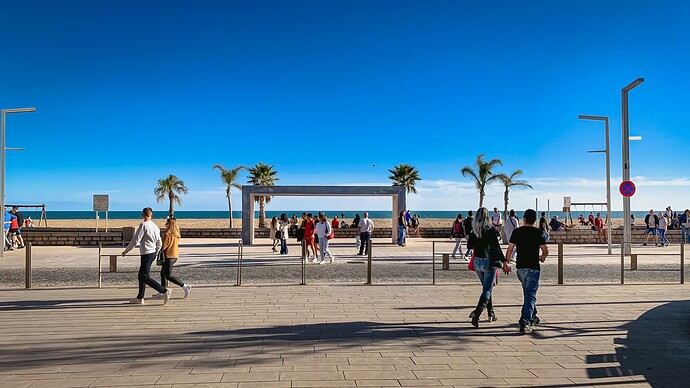 What else are you looking for?

Peace and quiet mostly but with access to some life when needed. Other than that a whole list of wants such as land big enough for a couple of dogs, a view and possibly something more modern than our current farmhouse and barn. The problem I see down there is that many newer properties are a little soulless and look like holiday homes rather than comfortable long term living. Something with a little character I guess.

That picture has me sold. Looks lovely.

Yep, that’s become typical of many new builds down there in recent years. My parents bought the land and built their house on it nearly 20 years ago so could kind of design what they liked, once the right people in positions of control were ‘brought’ onside, the way some French decision making requires…

There are unfortunately lots of little boxes being put up on the edge of lots of towns just now but lots of nice places too. A quick glance on right move will tell you what you can get for your money.

As to bigger places, Beziers itself is waaay nicer now than it used to be, a rather right of centre change in political control has changed it from the slightly scuzzy place it used to be. Make of that what you will….I do like Narbonne. Montpellier is great imo and has everything you could want. Any of these are within east reach and Barca is a couple of hours down the A9.

Where are you right now?

We are in the Charente 16220, Ecuras. It doesn’t get much more rural than this and we could be happy here for another 10 years or so but we both miss access to the sea so a little nearer would be ideal. If we do move then we may as well move somewhere a little warmer. The Languedoc area inland seems busy enough without becoming too madly crowded in the holiday season.

Yep most tourists seem to be French.

OK, there is a good UK expat, retirement age, community down there. Lots of interesting people, some of whom have had very interesting lives indeed! Not snobby, very diverse. There are now a few Scandinavians coming too. It does seem to attract a certain type of expat, quite chilled, not dull.

If you don’t know it too well, can only suggest taking a couple of trips and touring round, see what you like.

Yes that’s what we thought we would do in the new year if Covid stays under reasonable control. Thanks for the info.

As to bigger places, Beziers itself is waaay nicer now than it used to be, a rather right of centre change in political control has changed it from the slightly scuzzy place it used to be.

Not right of centre - the present mayor was elected with the help of the National Front. No comments.

Odd contribution to the topic !?!?

Well it was intended as a polite way of hinting that some of the controls down that way are a little different. Without talking politics. Or mentioning M. M… by name.