Hi. New here - and to the idea of streaming. I am a bona fide analogue junkie but I have been testing the digital water with Spotify for a while now. In December I took delivery of a Mu-so 2nd Generation for a months trial. I now find that I can’t give it back. It doesn’t replace my proper Stereo HiFi system but it creates an alternative listening experience, which I am enjoying, about as much as my proper HiFi but in an entirely different way. Does this make sense? I am not altogether sure myself, but it’s as close as I can get to the truth. In a ‘New Meets Old’ scenario, I have found a pretty good placement for the Mu-so, sitting on on top of a thirty five year old pair of Wharfedales!! 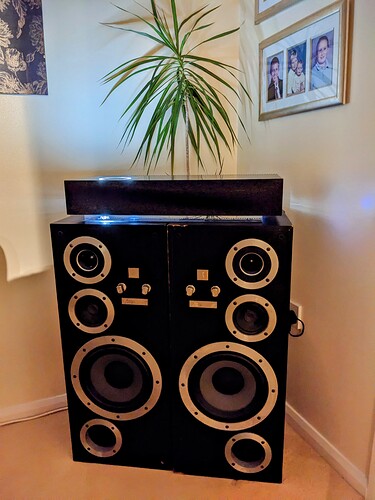 I have a muso and think it’s a great product - often wonder if the muso would ever just be enough when I look at my main system and it’s multiple boxes and 1000’s invested.

I agree. I’m having a lot of fun with it. I too wondered if it might replace the HiFi but now I am certain it will not. My main kit sounds a lot better 90% of the time even though the Mu-so technically has four and a half times more power!! But it’s interesting how I enjoy listening to certain tunes more on the Mu-so than my proper HiFi. I don’t really have a good excuse to own the Mu-so other than because I like it.

Sometimes, it’s nice just to say, “Hey, Google - play WFUV on Soundbar.” (Which is another use for my Muso.)

The 2nd gen Muso has a very appealing musicality about it. Significant step on from first gen. I’m listening to it now, having just come up from listening to my main system (SuperUniti/250DR) and it’s just really enjoyable to listen to.

Purchased my Muso 2 (wood version) last year (with a heavy discount), plonked it on the sideboard, played about with the settings and distance to rear wall. It sounded okay, but could never draw comparisons with my 500/Titan system.During the passing months I’ve become slightly frustrated, I thought it should sound better.

To qualify, I thought the sound should be more out of the box, seperation better, bass tighter, and hopefully more micro detail and PRAT would reveal its self.

I researched the forum to discover others findings, and given my own experience of putting Townshend Podiums under my Titans, which was a revelation for me, I have experimented with isolating the Muso from the sideboard it sits on, to good effect.

I have now replaced the stock mains lead also.

Total cost just over £200, now I find myself thinking, this is very good, and yes,making comparisons (let’s not get carried away, I’m not about to sell my system), the additions have undoubtably addressed the above concerns, well worth the money I’ve spent.

Yes I totally agree. My first few days were underwhelming but I kept in mind that the dealer explained it would take at least ten days to run in, so I persevered with that and also experimented with positioning as well. Finally after a few weeks of faffing and putting it through it’s paces I can hear the Mu-so singing well, sometimes very very well, and I am enjoying it - a lot!
Of course, standard practice with any good Hfi is to run it in first.

An Italian family member told me to try playing some Rammstein on the Mu-so. Not my taste in music so I was sceptical, but I obliged. Still not my taste in music but by golly, it certainly sounds very lively punchy and exciting, and of course loud too!!
One of the things I do love about the Mu-so is that it gets me playing songs I would never normally listen to.

On gen 2, if it’s set up well, this sounds incredible:
Malia “convergence”
Or just play “yello” (Boris blank being the common factor)

The Mu-so 2nd Generation is the best bit of kit Naim has produced. If I was starting out in the Hi Fi world this is all I would need - that and a Qobuz Sublime subscription.

Agreed, when I got my Gen 1 (which is long gone) I reckoned it was all you really need. Naturally I dident listen to myself and traded up to an Atom, then Nova and finally SN3/NDX2! I’m often tempted to buy a Gen2 just to see if I could survive on it, certainly would save a lot of angst and cash! I think placement is really critical and I was lucky in that it sounded excellent where I wanted it positioned. Great bit of kit and it partys too.

What did you use to isolate it, and what mains lead are you using? I honestly have never considered doing either of those things to my Mu-So (1st gen), but it might be fun to try considering how little those tweaks seemed to cost you.

I deliberately left out the brand of mains cable or isolation as I have not done any comparisons, but followed others experiences on the forum.

In my experience I found better isolation from the sideboard gave the greatest improvement, for that I took a punt on the Vibrapods ,never used them before or had any experience of them, improvement was enough for me to order the cones to match within days of receiving the Vibrapods. I have to say they do nothing for the aesthetics and at some point would like to try ISOAcoustics alternatives, which may look better.

Mains cable is an AudioQuest NRG-Z2, which has the slimmer figure of 8 plug, purchased on recommendation from fellow members.

Honestly, I haven’t done any comparisons between the stock and Audioquest cable, but the above additions have been a significant improvement for approximately £200, in my experience.

I have enough rabbit holes to disappear down with my 500 system. 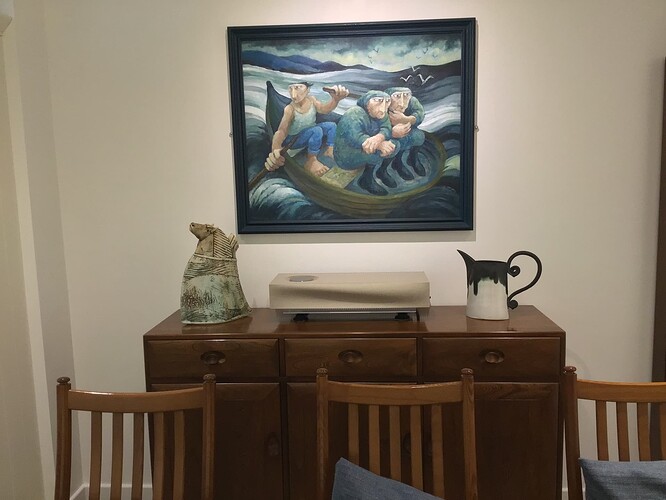 Took mine out of the box, plonked it down in the conservatory, plugged it into an old cheap extension lead and it sounded quite amazing.

You can just plonk it, and as long as the cabinet on which it’s now sat is solid, you’ll get good results.
It does seem to be impacted a lot by the cabinet. In the IT office it was sat on a cabinet full of spare laptops and other paraphernalia, but the cabinet itself was of heavy solid construction and the muso sounded good.
I borrowed it and it sat on a coffee table and sounded awful.

Hi,
Just read your opening post again and noticed you mention Spotify.
I also use Spotify, but supplement it with cd rips from my Synology NAS which gives a very noticeable uplift, together with a few HiRes files, which allows the Muso to show what it’s really capable of.
I’ve now loaded a memory stick with my favourite music and it sits permanently in the usb socket.
Thought it worth a mention.
KR
Russ