Beautiful ! Thank you. Jeff A

Chris that was stunning. As someone with tinnitus and a VI I’ve long accepted that I listen differently to others - I can’t do music as background listening for example - and I’ve friends with hearing loss who have similarly adapted so it was great to see that articulated. I think it’s also worth putting on record that the tone of the audio recording and the lighting and colour tones were utterly magnificent. Loved it. Thank you.

Chris, very nice! Some years ago I attended a performance by percussionist Evelyn Glennie with the Pittsburgh Symphony Orchestra. Being deaf certainly does not hinder her ability to be a musician. I noticed she plays barefoot. Worth seeking out. Nice tribute to Art Dudley as well.

An amazing and remarkable film. Thanks for sharing it with us Chris

What he found was that the customer was mostly deaf, so would lie on the floor between the DBLs and turn them up very loud and then listen through the vibration running through the floor into his body.

Fascinating film. A great example of neuroplasticity and how adaptable the brain can be.

Thanks to everyone involved for this. I know many people outside the Forum and who don’t buy music magazines who would very much appreciate your film.

As to being deaf and still able to enjoy music, in fact, have a passion for it, lest not forget a certain Ludwig who composed and conducted the debut performance of an obscure Ninth Symphony!

Brilliant and moving. Thank you for creating and sharing this video. Really enjoyed it. And what a beautiful tribute to Art Dudley.

Music is life is something that i have said before, describing the feeling it invokes - but although I was aware that some deaf people at least had learnt to “hear” sounds to some extent, I never realised it could be as effectively as this demonstrates.

The brain being able to ‘rewire’ itself and learn different ways of doing things is an amazing ability - and this example reminds me of the ability some blind people have developed to “see” like a bat, using echo location by making small clicks with their mouths. It would be excellent if mainstream support for people deprived of one sense could help provide the opportunity and assistance to develop such alternate means of adapting.

both beautiful and fascinating - i can’t believe you achieved so much in just 8 minutes. the only thing i might change is the thread title - i expected a system-video type film - nothing wrong with that - but it doesn’t convey what a wonderfully life-affirming experience you have created

You would have to imagine modern tech would be able to help here, something for the fingertips that picks up the vibrations and enhances them or something.

Wonderful, humbling film. Makes me realise even more the blessing that music is in my life, but even more my senses…hearing, sight, sound, taste and (pertinently) touch. And the marvel of the brain (scrambled though mine often is) that interprets the signals and composes this life symphony. It’s humbling to realise how much I take for granted…

Thank You for all the kind words. I’ve been overwhelmed by the warm response. When I met Bob last year and learned about his listening method I knew I had to tell his story. Little did I know that I would meet someone who had such an emotional connection to music. Stereophile Magazine did a nice article with background on project. 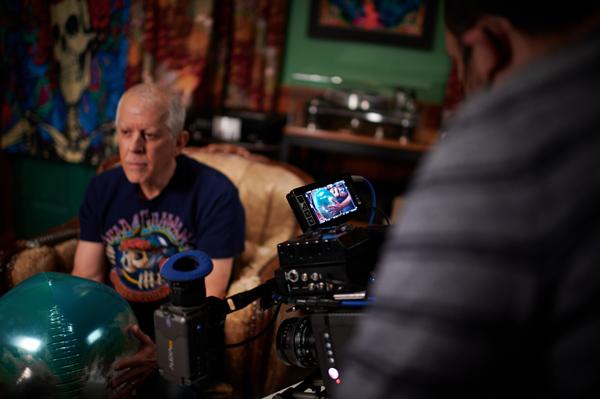 Amazing and thank for sharing this

Congratulations on capturing a heartwarming and such interesting story. More documentaries such as this need to be made. Quality film with a message that provides information for others that may have the same disability and wish to utilize and stimulate their other senses to enjoy music they miss or were never able to hear