Naim ARO tonearm with a lift off device

I’d like to ask members if they have successfully used a tonearm lift off device with the ARO? I mean things like the Little Fwend or Audio Technica 6006R that automatically lift the tonearm off the record at the end of the side. I am not lazy or overly concerned when using my other tonearms - SME V, Sorane SA 1.2 etc - but my ARO is on an SME 10 table which utilises a large screw down record clamp which is vital in keeping the record flat and parallel to the cartridge when playing. The ARO problem is that its head shell at the end of the record, if allowed to travel to the inside of the run off groove, hits this clamp and is pushed back. This can’t be good for the stylus assembly. Thanks

I don’t know about those you mention, but the Q-up has a list of turntables (inc. SME) which it claims to work with. Additionally it supplies the measurements/space it needs, so would be easy to doublecheck.

Thanks, I will check it out. Concerned about an armlet with the ARO as it’s a unipivot and has lateral movement unlike bearing based arms.

If you see anyone offering an Aro-matic, don’t walk the other way, RUN!

If you see anyone offering an Aro-matic, don’t walk the other way, RUN!

Yes, agreed and I do have one here to show visitors for old times sake but I wouldn’t want to use it.
@Antz - Nothing to add here other than what the O/P had considered with the AT6006. Sorry.

Had a similar problem with an HRS record weight that I bought to try and tame a rather lively “upgrade” platter Max Townshend supplied for my Elite Rock. I ended up returning to the original platter and screw down clamp, which is a rather lower affair than the SME one.
I bought the Aro after 20 years of using an RB300 with the Rock’s damping trough to liven it up, which did did rather well, especially after I abandoned using the trough.

Is there an alternative clamp that will fit the deck and clear the Aro?

If you’re going to try an auto lifter something with a bit of damping might be good but some records are cut very close to the label so adjusting it so those can play to the end but still save the cantilever will be tricky.

How is the SME deck with an Aro, does it get some spring in its step?

I wouldn’t want to replace the SME 10’s screw on clamp as I consider it vital to the performance of the deck. I use the ARO with an Avid Slide - an adaptor that allows the fitting of the ARO on tables that have the SME arm base fitting and allows the ARO to be moved during set up to correctly adjust overhang. The SME 10 as a skeletal table has a lovely open and airy sound and is a good match with the ARO sonically imho. The ARO- matic seems to be just an arm lift but as I can’t find any info on the web I am in the dark - but thanks for mentioning it. 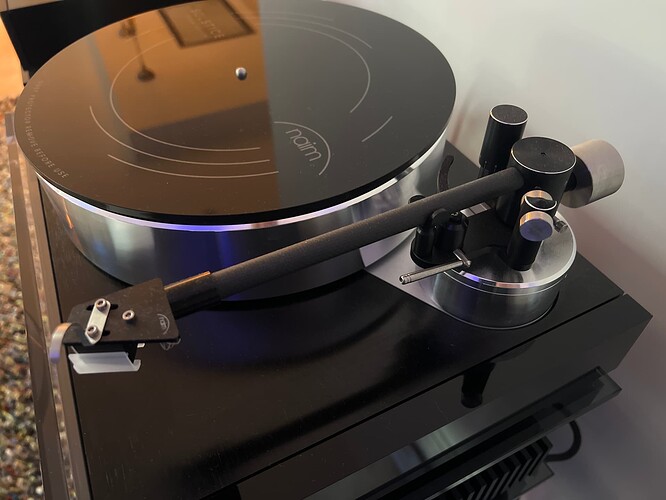 How do you feel about the sound of the Solstice Matt?

Hello fellow Solstee! …in summary - I’m really enjoying it! …it’s not a pipe and slippers package, the detail is all there, and the groove and drive is there in abundance….so I’d say it’s more “in yer face” than the Kilmax LP12 I had before, but I don’t mean that in a bad way….it just commands (almost demands!) your attention. I find myself listening to more Grace Jones and Stevie Wonder records than reaching for my Talk Talk and Brian Eno….but again, that’s in a good way…it’s FUN!

I’m super interested to hear how your SuperLine “upgrade” has gone - i DO think the Solstice can and will be improved upon in time, likely not the spinny bits, but the PSU and Phono definitely, and the Cartridge for sure.

I’m sure you’ll have posted your thoughts somewhere in another thread?

I agree with your findings Matt.

Supercap due anytime so I will report my feelings as soon as. I had an agreement with the dealer pre Solstice order to receive a discount on the improved phono stage and cartridge as back then I felt that they were going to be the limiting factors. I haven’t changed my view. I think a DVXV1T will improve on the Equinox in a big way. The SE package is just a little lean overall for my tastes.

With another clamp that clears the Aro. Problem is, is there another clamp with the same thread system and the right diameter pressure ring. The SME looks like it has a male thread on the spindle, so does the Michell Orb but are the threads the same? As the Michell clamp would clear the Aro.
The central washer with a clamp dished on the underside that contacts at its outer rim is I think usual with dished platters, it’s how my Rock works. The SME one may have some damping too but if it’s interfering with the Aro there could be other options. try your autolift idea and see how you get on but if it doesn’t do the trick it’s possibly not the end. You could even have something custom made if all else fails.

This is the Michell clamp as presented for upgrading a Gyro. 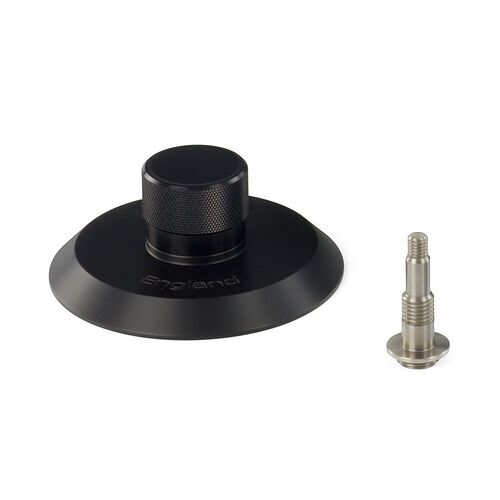 Thanks for the info. I will look into the clamp if I have to give up with the auto lifting device.