Could Naim have produced an improved version of the classic Nait 2 and, if so, what might the improvements have been to what could have been designated a Nait 2.5?

For my part, I would have liked to see an MC (rather than MM) phono input, proper loudspeaker binding posts, and remote control operation. Any increase in the fairly low volume output would be a big plus.

It would have to stay shoebox-sized, though, otherwise we’re just describing its actual successor, the Nait 3?

Graham please, no. The past is another country. Naim’s best days are ahead of us.

(Or even re-hashing the past which is what I really meant!)

It’s a bit of harmless speculation, not serious product planning!

But, as you raise the point, I am, sadly, rather sceptical as to whether Naim’s best days are ahead of us. The NAT-01 tuner is long gone, with no apparent prospect of a successor, the Solstice appears to have come and gone with no follow-up in sight (not even the consolation of a continued production run of the ARO2 for vinyl lovers) and R&D efforts seem to be focused on things like streaming.

So we shall have to see what new products appear in the next few years.

Compare the brand new mission 778x with the original 778 to see what can happen; the new one has digital inputs for a start. 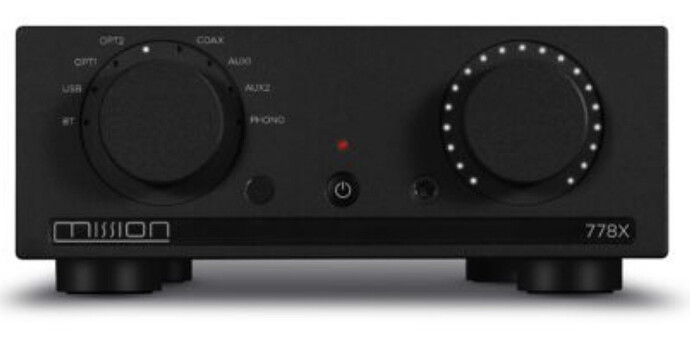 I sold mine to a mate that still uses it.
I got the PSX that was for the 778.
He uses a Linn axis and little MA speakers.
Still punches well above its weight.

I have never seen that new Mission amp before. It’s very stylish.

I didn’t even know that Mission are still in business, to be honest. I had their tonearm (773 or 774, I think) many years ago on a Thorens TD160S before I bought the LP12 that I still have today some 30 to 40 years later - although I think that every part of it has been changed!

To answer your question, I would say no. Adding or removing things on the Nait 2 would be like Leonardo da Vinci painting a moustache on the Mona Lisa

Given cost and real estate limitations, it would have been difficult to add a quality MC stage and more power.
I suppose at the time, a 2.5 version was the return to factory pre-amp mod, which turned the Nait 2 into a pre-amp to enable it to be used with a more powerful external power-amp.

An MC stage within such a small box so close to a power supply could be tricky without all sorts of shielding (best avoided if you can for best performance). Back in the day you could fit MC cards to a NAIT3, but it was never recommended by Naim for the same reason. Naim offered a shielding kit that could be fitted but it impacted performance somewhat.

You realists are spoiling my lovely little pipe dream!

It’s a bugger when reality conflicts with our wishes. Some conclude it’s reality that needs changing not their expectations…

The NAIT3 (which had a remote controlled version, the NAIT 3R) was pretty good, had the option of MC cards (even if recommended against) was really a NAC92/NAP90 in one box. And could be officially upgraded to add a PS between the two sections. The boards inside it look literally the same as the pre/power alternative. I would say that’s technically quite close to the NAIT2.5 you propose. Any reason why you discount the NAIT3 here?

I’m only slightly teasing, as I owned a NAIT 3 for many years and have a soft spot for it

I used to like the Naim shoe box format, and I’m in the process of putting together a ‘second’ system (with a Nait 2 and Nat-02 tuner, and possibly re-using an nVi unit, for my bedroom). I find the Nait 2 more attractive than the round-shouldered, flattened style of the Nait 3.

I think that it would have been great if Naim had ever produced a two-shoebox sized CD player. But that never happened, and I doubt if it was even considered.