It’s replacing some Sonos equipment in my Kitchen for background use. I bought some Neat Iotas following suggestions here.

Being at a loose end this afternoon I dug out another NAP120 and NAC12 that I bought from that auction site about a year ago and put to one side meaning to get them serviced.

Feeding them with my nDAC (source to this is Roon), NAC12/NAP120 just sat on the floor driving the Neat Iotas (which are sat on top my SBLs) via NACA4.

It’s been running for about 20 minutes now, listening to Bjork’s ‘One Day’ and I think (if I had to) I could live with this system. What a nice sounding set of equipment.

Wonder what the recently serviced one will sound like?

Removing the nDAC and replacing it with a Sonos Connect the SQ really suffers. It just sounds ‘flat’ for want of a better phrase.

Naim amps have always demanded a top source - no change from then to now.

That auction site is a danger…i first bought a Nac12. Then i saw a Nap120 (sold at with another Nac12). I bought it. Then, 2 days after, i saw a Nac22 (again sold with a Nap120). The 22 is so rare that i bought this combo.
Surprisingly, when opening the 2 Nap120, i saw that the are totally different inside. The transfo are different. The card are oriented in a vertical way for the first one and horizontaly for the Other.
One 120 has to be “repared” but the other plays very nicely (even more softly than a 110). Thoose old CB and BU pieces are really wonderfull.

The early and later NAP120s looked very different; early one was with the frame transformer and very basic, later one looked more like a power amp with a circular on/off switch and a change to a toroidal transformer.

The Naim 120 is a beautiful engaging amplifier I bought one for my son from Billy Vee in 2003 for my son.
Had it serviced at the factory in 2013 still sounding lovely with a Naim 32.

Mine son’s is the earlier type like a transformer still giving great service.

The one I’ve had for a year has a frame transformer (and the on-off switch on the back panel). The dates on the electrolytic capacitors suggest it’s not been serviced for over 20 years; still sounds nice!

The one that’s on the way has an on off switch on the front, not sure about the transformer. Can’t wait to hear how it sounds.

Any pictures possible for these very early Naim amps?

I’m down my son’s next weekend i’ll Get some taken.

Any pictures possible for these very early Naim amps? 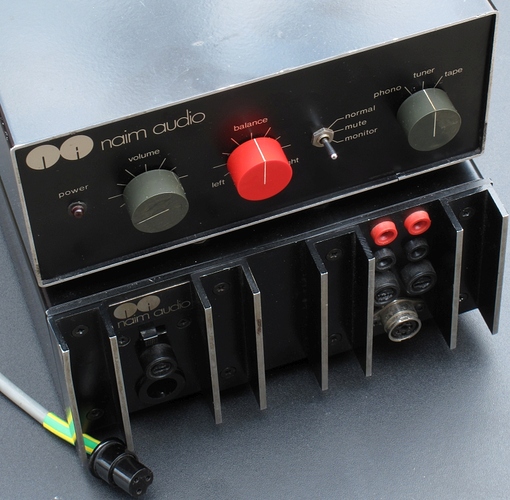 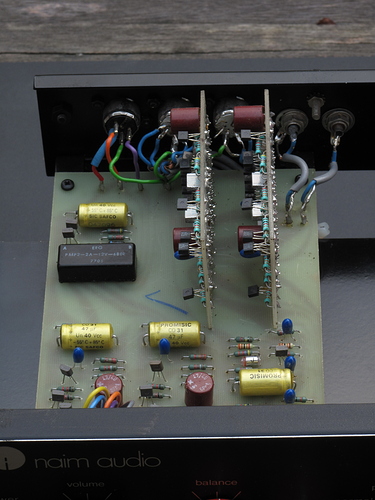 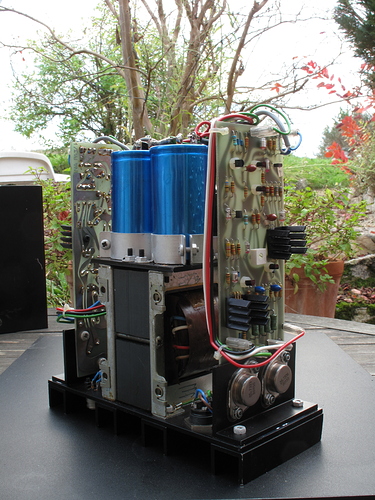 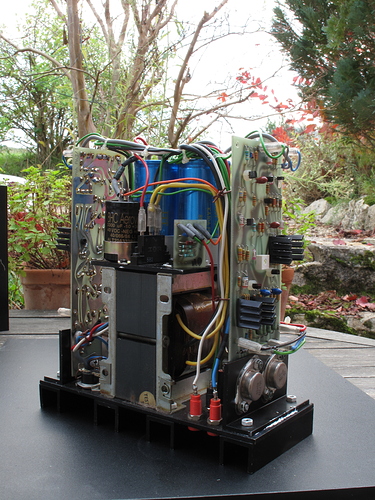 My son’s stereo system has been in storage for nearly 8 years whilst he had been living in the UAE.
The system comprises of a Naim 32, 120, Kan mk 1 speakers, LP12 pre Cirkus bearing, Ittok, DV20L cartridge. ( the 120 had been serviced at the factory a few months before leaving for the UAE.
Spent Saturday afternoon setting it all up, left it switched on for a few hours. Started playing an album music just flowed such a musical set.

The LP12 had been set up by the late Derek Jenkins R.I.P we stored it properly, soon as we placed the platter on the deck, the arm board was level, bounce was fine. 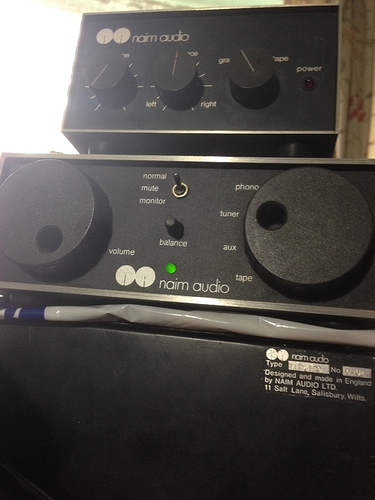 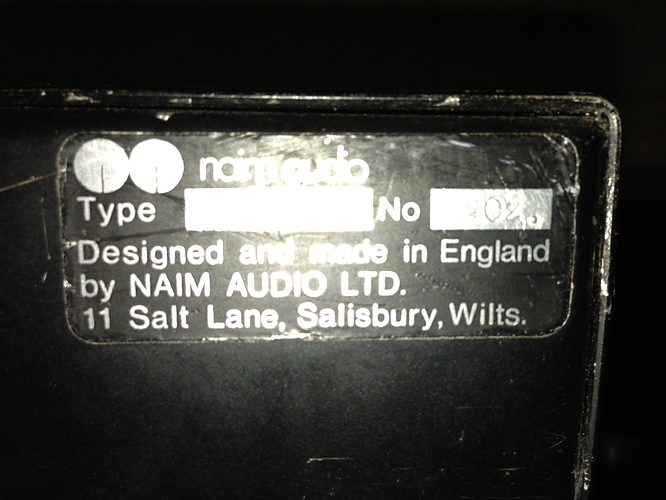 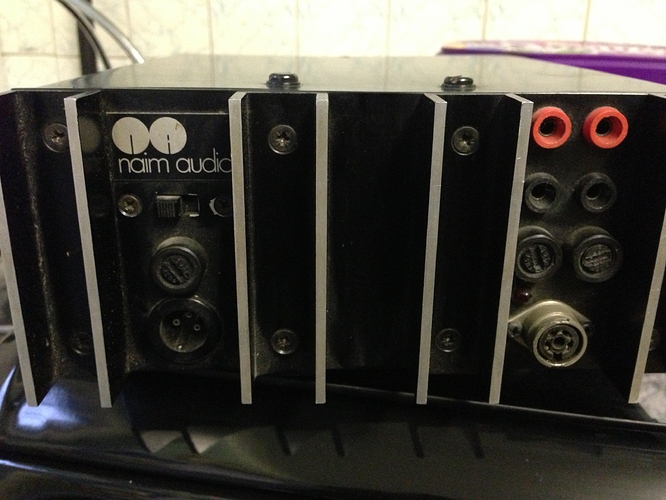 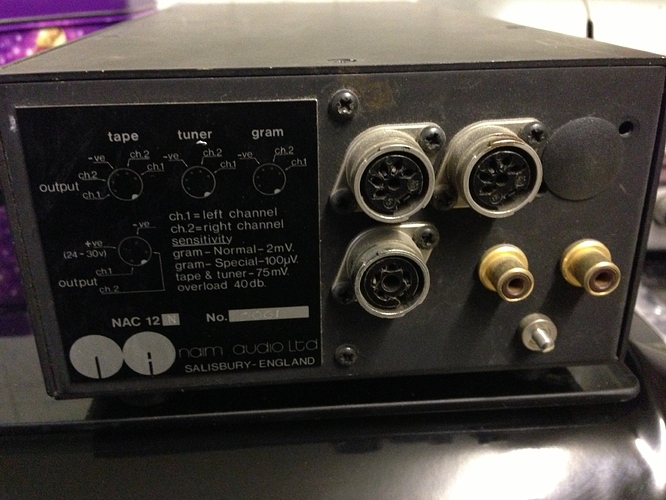 I’m somewhat confuserated. In (about) 1977/78 I had a Naim 12/120 amp, but I remember the NAC12 with a toggle switch, much like Adam’s picture of a 22. Its chrome bumper also only went around three edges (the lower face lacked a lip of any sort).

Either the Internet’s photo archive of a NAC12 is lacking a variant, or I’m suffering an acid-induced flashback.

Nick, was it possibly one of these…?

So was it the 120 that had the three-sided chrome bumper? I had the amps for about a year - they were certainly a conversation starter (mostly on the lines of “were they Army-surplus?”) until they were nicked by next-door neighbour’s son on day release from Borstal along with a Thorens deck and a Sansui tuner (he left my record collection, thankfully).

It may well have been the NAP120. The later version fits the description; 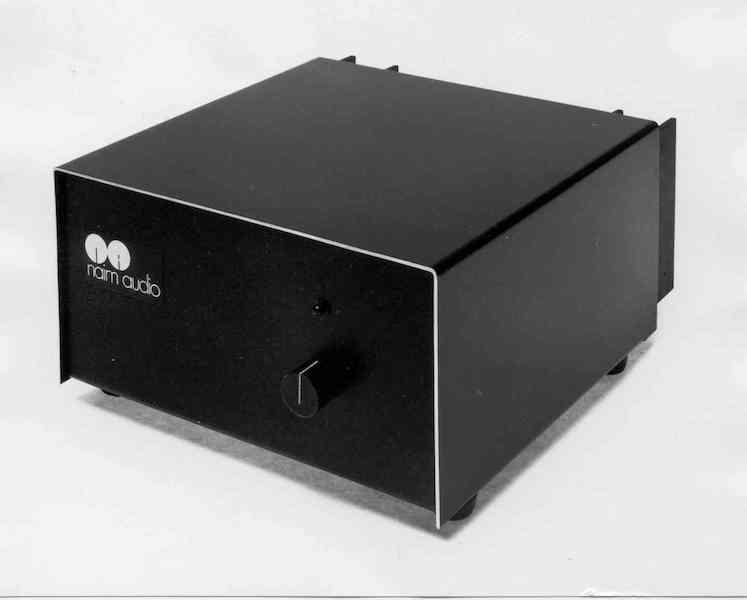 Bingo. I’m not losing it (that much, anyway). Thanks you sir.