I recently started a topic “Replace CD player with streamer” and following that I have started ripping my CD collection to my NAS. Looking forward what is the best way to get the most from my ripped collection.

best way to get the most from my ripped collection.

Just read your original topic and I could not see reference to server software that you will need to present your ripped music library on the NAS to the streamer etc. I went down the same route about five years ago and chose AssetUPnP. It is excellent. I run it on a PC with an attached 2TB external hard disc (presently about 24,000 tracks). AssetUPnP also runs on several NAS devices and I note you have a NAS.
Make sure that the metadata is as good as you can get it which is important for any server you choose. I ripped with dBpoweramp.

This is what my streamer sees at the top level from my “NAS”. 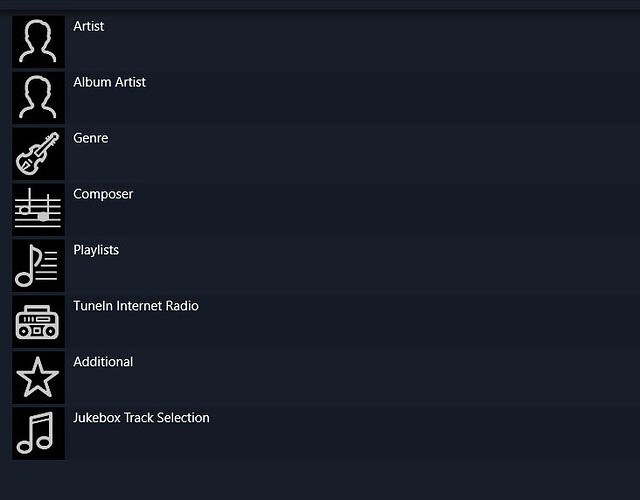 I’m very happy with the all-in-one streamer/network player option, currently the ND555. This makes a lot of sense to me as being an appropriate ‘front end’ for a nas. You run Asset or another server app on it, and with the Naim app control playback. Or if your nas is powerful enough you can run Roon on it.

A non-networked dac would have to be hardwired to the nas, often usb, and generally nas boxes (assuming something like Synology or QNAP) are not optimized to be sources in this way. If you wanted to do something like that I’d recommend a music-oriented device, not a data oriented device such as QNAP or Synology.

If you already have all your music ripped to a NAS then all you need is a Raspberry Pi based system running MoOde, or Volumio (or similar) feeding a good DAC. My four RPi based streamers are all different hardware configurations ranging in cost from £70 to £700. Do they sound different - well I like to think so (especially the seven hundred quid one!)

I have a very wonderful secondhand Naim DAC+XPS. I control the library (ripped as flacs) on my Synology NAS from my PC, my iPad and my iPhone.

It just works, and as an extra, MoOde gives me more “internet radio” channels that I could ever get around to. A few shots of MoOde’s user interface(from the PC, but the iPad is pretty much the same): 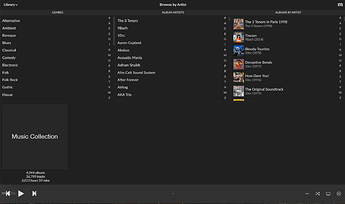 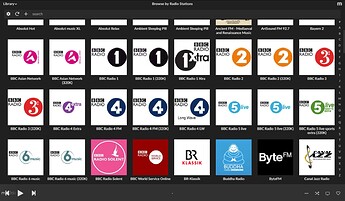 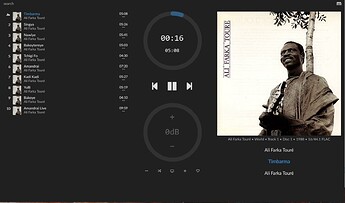 Of course YMMV, and you may prefer the “last century” look of other library controllers…

Thanks for the replies. I have a Synology NAS and my CDs were ripped with dBpoweramp. The computer way I already have and use the player on the Synology and play back through a Graham Slee Bitzie DAC and AKG K702 headphones, this is fine for the PC but for the living room a phone or iPad interface would be preferred. The all-in-one approach sounds the easiest, just wondered if a two-box solution would return a better sound, Cheap streamer, more spent on the DAC.

Sorry didn’t read this properly, you are running cheaper steamer, more expensive DAC option. Do you think this gives a better musical performance.

My four are as follows:

All running MoOde - shareware. I throw a few beer tokens their way every few months.

The all-in-one approach sounds the easiest, just wondered if a two-box solution would return a better sound, Cheap streamer, more spent on the DAC.

IMHO the issue is not as simple as two boxes being “better” than one. “It depends.”

It depends more on total spend generally than 1 vs 2 boxes. To be very general.

Again, I’m totally comfortable with a one-box solution, that being a Naim streamer/player. I’ve had no real interest in exploring other brands or formats of streamers and dacs.

There was work done on the icons used by Asset, by replacing the folder ‘Asset images’, I have the following as my Asset Homescreen. 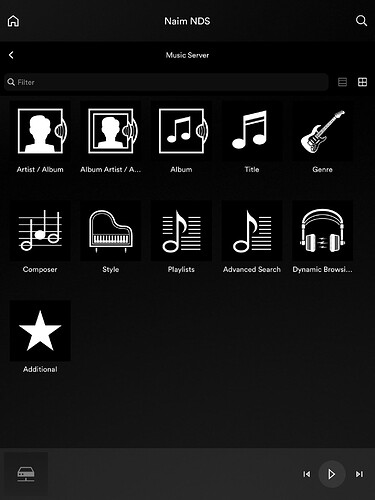 I run a Naim 172 that is networked with utp. NAS is a Qnap 251+ running MinimServer. I rip my CDs to FLAC with EAC.

Sorry didn’t read this properly, you are running cheaper steamer, more expensive DAC option. Do you think this gives a better musical performance.

That gets my vote.

Although it does take up four boxes…….

I suggest something like a Melco or Innuos music store, both of which can provide a rendered output direct to DAC, and a separate DAC. Having the two parts like this is more flexible than an all-in-one streamer with store, or a streamer plus NAS storage, and this approach avoids streaming music over a network, with attendant concerns about any effects of a network and ethernet cables on the sound (e.g. picking up or modifying RF “contamination” which is known to be a potential cause of analog signal degradation in DACs. However said Innuos or Melco device can also be used with a streamer (=renderer and DAC) if desired. Control of the server can be by an app or a smartphone, or better still a tablet.

There are other options in place of Innuos or Melco that are more ‘hands on’, such as a Mac Mini running suitable software, or something based on a Raspberry Pi, or UntraRendu etc - searches on the forum will likely bring up more about these.

Choice of DAC is of major significance in terms of sound quality. Some people prefer Naim, others prefer Chord DACs - you need to hear for yourself.

Interesting, my Arcam CD37 does give the sound I like, mostly because of the DAC I think. As my equipment is getting old now and things have moved on in electronics. What is a £1800 CD player equivalent to in today’s streamer marketplace.

If the CD37 gives you a good sound you enjoy I would wait out the streaming market while it settles down a bit. Watch the nerds jump around. There are so many views and different approaches out there now it is easy to make costly mistakes unless you intend going tech-head for a while and try to untangle it.

I do believe a CD-player at that price level will require some investment to replace. A simple Argos Solo or Bluesound device for renting music would probably not satisfy you but you could add it to your system to play around with the internet audio services.

Basically you have two kind of streaming. You can build your own local digital music library or you can rent a huge ready-made music-library over the internet from providers like Qobuz, Deezer or Tidal. The investment you need to do differs between those two choices. You may of course decide to do both

At the present moment I’m sticking with the CD37, I already have a Sonos for internet radio. Just trying to get my bearings before I make any serious decisions. Home audio is a funny thing, years ago I had Alphason Sonata/Atlas/Linn Ikemi/202/200/Ruark setup and thought it was musical Valhalla. Then life takes a change and I had to start over, this time taking a different approach Leading to what I have now and liking more than the old system. The number of new products available is mind blowing, so the possibility of making a wrong move much higher without a bit of background info to start with.
Two things I won’t be changing is my Rega Elicit and PMC Twenty 23, these work so well together and can be the base for any front end in the future.

That’ll be the ND555. There are many others to chose from, not least from Naim, but since you said “best sonic”, it begins and ends with the ND555. Like you, I don’t do web streaming , I just use my streamer with a NAS over a home network to play ripped CDs, DVDs, BDs and downloads. Much like I used to use my CD player but now without leaving my seat. The only two differences being that a streamer has given me access to Internet Radio (no FM and flaky DAB where I live) although I use it very seldom on the ND555, and I now have a nice HiRes music collection, which is giving me enjoyment I never thought possible.

For servers I use Asset and Minimserver. Both excellent and user friendly. The Asset dBpoweramp family are a really useful collection which can be as easy to use or complicated as anyone needs them to be.