I was enjoying my SBLs for several weeks running passive, then searched out the old chrome bumper NAXO.

Now the sound going from passive to active seems to be far less enaging and thin, not really how I remembered it.

The chrome bumper NAXO was purchased 2nd hand over 20 years ago when I got my SBLs, partly as I preferred the sound over the olive NAXO I demoed against it.

The chrome bumper NAXO has never to my knowledge been serviced and this may well be the problem, but for those who have tried all iterations with the SBLs, does one model stand out, perhaps specifically would a new SNAXO 2-4-2 offer any real advantages with the rest of the kit (I like the fact that HF/LF are handled by independent power amps compared to the older models).

I also assume the old Chrome bumper NAXO was ‘set up’ for SBLs - does this mean a specific build to order component or was it just tweaking the internal pots to get a favourable sound, which I confess I used to tinker with?

AC, there are a number of variables here; the first is that if you used to play with the level pots on your old NAXO it’s very possible that they are way off and need adjusting. Naim used to put a little dot on the pot to show their default setting. Any adjustment would usually be only a very small deviation form this. I would open up the NAXO and check the settings and if possible (the dots may have faded or worn off) set the pots back to default settings. The other variable of course is age, both as far as the NAXO itself - a SNAXO 242 is quite a step up in performance - but also as far as the need for a service is concerned.

The Chrome bumper NAXO was most likely originally set up for SARAs. IIRC the crossover point was the same for the SBLs so you should be OK, but some level tweaking might likely be required.

That’s useful info Richard - it’s only recently I wondered if the chrome bumper NAXO had been configured for something other than SBLs.

Equally it’s only looking at the current Naim pages that made me wonder how they tailor the SNAXOS to particular speakers (of which I assume there are few contenders these days,if ever).

If I understand correctly it’s simply the settings of the pots that tweaks the box for a particular speaker design, no other dedicated circuitry involved.

From what you say performance of the SNAXO 242 should be much better than the NAXO, and presumably it also beats the older NAXO 2-4 if there was a re-design.

Just trying to decide whether or not to service the NAXO, or maybe get a 2nd hand NAXO 2-4 or go for the SNAXO 242 if it would work well enough with the olive HICAP.

Another possibility is that only one of the serviced NAP 250s has ‘run in’, as I’ve been using one passive since the service a few months ago, the other gathering dust.

AC, no, the pots just set levels. The crossover point(s) are fixed depending on speaker, so if different to standard then would need to be a custom order.

Each NAXO/SNAXO was a step up in performance. The last 242/362 probably being the most significant.

Again, very helpful, I wonder if Naim might have kept records of the speaker type a NAXO was configured for based on serial number? As noted I got the 2nd hand NAXO over 20 years ago with new SBLs, it was naturally cheaper than a new SNAXO at the time and I think I got a bundled chrome bumper HICAP with it. I certainly had a latching 4 pin SNAIC which I currently can’t find and am using a locking 4 pin SNAIC (I assume that’s not a big issue).

Naim might have the record but some of the very early records have gone, so I’m told.

You can use a locking ring SNAIC without any serious issues, but be careful you don’t accidentally unplug
When powered up.

AC, there are a number of variables here; the first is that if you used to play with the level pots on your old NAXO it’s very possible that they are way off and need adjusting.

Assuming these are how they were marked, looks like the HF are roughly where they should be but LF need realigning: 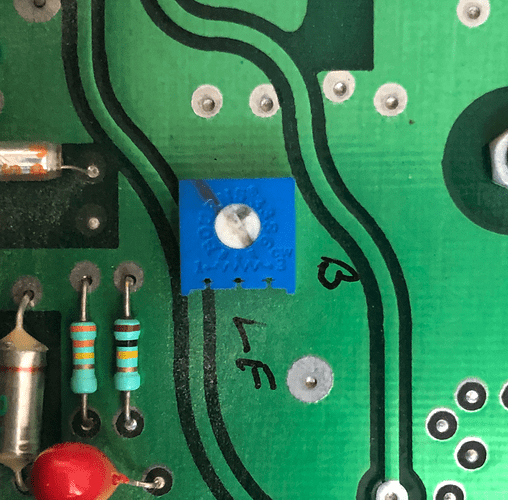 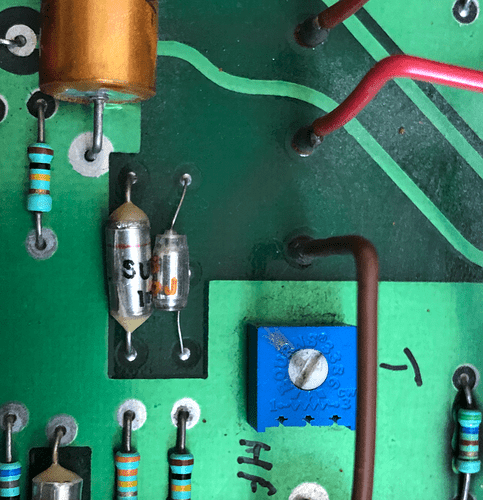 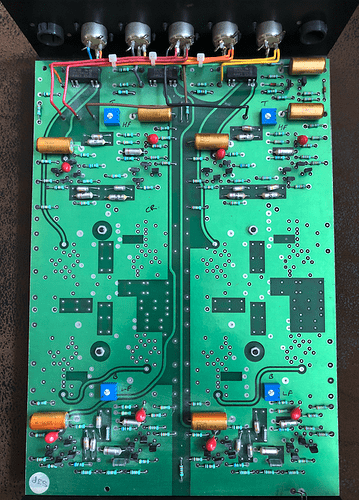 Will adjust back to marked position. Not sure if the internals give anyone a clue as to which speakers these were configured for originally.

Another thought! Going active, I took the 2nd HICAP off the 282 to power the NAXO - I’d never really noticed much difference with 1 or 2 HICAPs on the 282! I have another HICAP hiding in storage which might redress the balance, if I can find it!

Even worse, as my LP12 sounds a lot smoother and laid back, is the nagging question of whether the NAXO is showing up the limitations of the Nova into the NAC 282

This stuff is far from simple.