I was speaking with my bank what do short term, 6-18 months, with the money from our house sale. The best interest rate they could offer was zero!! My account manager was also taking about the probability of negative interest rates; I take that to mean we have to pay the bank to keep our money there. Have I got this wrong? If so then is the answer to pull your money out and put it under the mattress?

Negative interest rates mean that financial institutions have to pay to lodge money with the central bank, rather than individuals having to pay to keep money in their personal account, otherwise everyone would withdraw their funds and place them under the proverbial mattress.

Thanks for clarifying that.

Stick it in the premium bonds, theoretically 1 % return, and you can get your money back in 2 days in my case. You and your wife can lodge up to 2 times £50k.

The Beeb covered this a day or two ago. 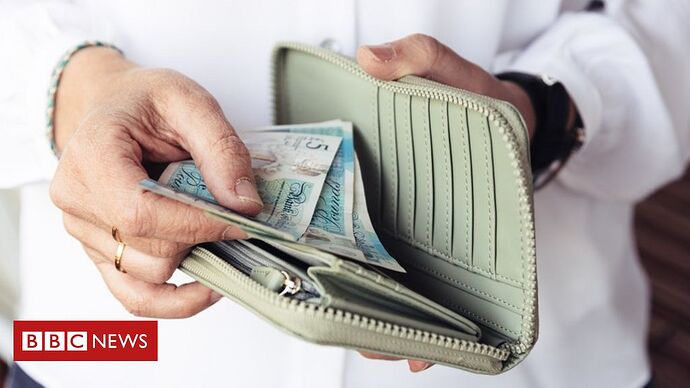 What are negative interest rates?

The Bank of England tells lenders to prepare for sub-zero rates, so what does this mean for households?

Interest rates for savers have been virtually NIL for some years now. Some articles are suggesting that if rates go negative, the banks will start charging their customers for their current accounts. Rates are already insanely low so I just don’t see negative rates would be a sensible and meaningful step for the BoE to take. From a lending perspective, I have to say it is unforgivable for the banks to charge almost 40% interest now even on approved overdrafts. How can the banks be allowed to get away with this?

Banks should be charging customers for current accounts imo. They are expensive to operate en masse, especially with interest margins being so low. I wonder if they’d been doing this in the UK for the last 30 years or so there would have been less miss-selling of other stuff, high overdraft charges etc.

I am no fan of banks per se, however the reluctance of UK citizens to pay for their core financial services remains a core problem and the theory that we have the right to ‘free’ banking is somewhat out of touch with reality.

As to negative rates, yep could happen here. In other countries paying for your banking is and has been the norm for decades and if negative rates are applied to your mortgage, then it pays to borrow and see your debt drop a little each year!

Yes… that article on the beeb…

“In Germany, where some banks impose charges on deposits of more than €100,000 (£90,000), some people have started stashing their money in vaults.”

I agree… I mean how can mortgages and loans be so expensive? If the BoE rate is zero (near enough) and a lender charges, for example, 6% (and often more) then someone is making a damn good margin.

I pay for my current account. For years it was a tenner a month but it’s recently gone up. However I’m willing to pay this for the excellent, personal, service I get. Virtually instant support from someone that lives locally… be it email or phone, and no stupid security rubbish if I want to talk with them!

A mortgage for most people will currently be between 1 and 2% interest. If the risk is higher, such as that for loans with lower equity ratios or unsecured loans then naturally the rate will be higher.

Credit cards carry a very high default level so naturally ‘normal’ rates will generally be higher, however plenty of people use 0% rates on credit cards and shift it around every 18 months or so. There will be a 2 or 3% transfer fee but that works out at about 1% a year only. So credit in the UK is actually very cheap right now if used proportionately and carefully.

I’m thinking of a new car come Easter. At the moment the PCP rates seem between 5 and 6%. I’m seriously considering looking at a HP loan instead.

PCP rates may improve when people start buying cars again! But I know you can get unsecured loans at rates lower than 3% in UK right now.

That said, the new car I’m considering carries a PCP rate of 5% but the depreciation rate is relatively low, so the maths of the total repayment still balances out in favour of the PCP rate.

I do too, but that is because my current account entitles me to a number of other services such as free (ish) travel insurance, free breakdown service - neither of which are much use to me at the moment of course.

The reason why most of us have free banking services is that when we deposit money in a bank they have access to that money for investment. In normal times, Banks would expect to get significantly more from these investments than they offer back to clients in the form of interest rates on savings.

Incidentally, I have used UK Premium Bonds as a holding area for money to be used towards holidays or fairly imminent purchases for some time. In theory, they provide returns in the form of winnings from time to time, although in practice my returns have never matched the quoted figures. However, they are very convenient because it is so easy to get access to your money.

There is a big difference between a current account and charges, and a savings account with large sum of money untouched. It is the lack of interest on the latter that is a problem, meaning that savings lose value with inflation. Banks and building societies meanwhile charge interest on mortgages and other loans, which provides their income. Mortgage interest rates are incredibly low, and that is the problem: it encourages larger mortgages, fuelling house price inflation. Arguably mortgages should have higher interest rates (not the silly high there has been before, but maybe 4-5%), and the extra could go to savers, more closely matching inflation. Money saved that way would never grow like in riskier investments, but shouldn’t lose.

(I offer this as a financial simpleton.)

The reason why most of us have free banking services is that when we deposit money in a bank they have access to that money for investment. In normal times, Banks would expect to get significantly more from these investments than they offer back to clients in the form of interest rates on savings.

Umm, not really. The mix of capital adequacy rules, liquidity of a current account balance and next to zero margins on low/no risk investment since 2008 means it’s virtually guaranteed to be a loss making exercise, hence closure of many branches, reduced staff numbers and increased use of remote banking (I haven’t visited a branch if my bank this century).

The alternative is that banks take higher risks, which no-one wants.

In order to match the advertised rate of return on premium bonds you need to have quite a lot invested - between £10,000 and £20,000. Obviously there is always the chance of someone with £10 winning a prize but it’s minimal. There is a good little piece on Money Saving Expert that explains it. We just beat the advertised rate last year and are just ahead this year. Of course, unless you reinvest the winnings the capital sum will over time reduce in value.

My concern over very low interest rates is that cheap mortgages push up house prices. One day rates will rise and there is a risk of crashes and negative equity. The time this last happened is ancient history for many but I remember paying 16% on our mortgage and it was a nightmare.

We have fixed interest bonds with NS&I that pay around 2%, which wasn’t great at the time but looks very good now, that mature in the summer. We are not sure what we will do with the money. At least, even if we get 0.1% it’s better than a poke in the eye and we are fortunate to actually have some savings. The average level of savings is appallingly low in the U.K. and negative or very low rates hardly help to remedy that.

It is the lack of interest on the latter that is a problem, meaning that savings lose value with inflation

But that is completely normal. It is very rare to see a sustained period in which savings rates out pace inflation, if they do there is something seriously wrong with the economy. I remember people used to be seeking 10% interest rates in the 70’s/80’s on long term deposits, thinking that was a great return, completely ignoring inflation was significantly higher than that in the UK. The last time banks were offering inflation busting rates for a long period was in the run up to 2008. And we know how that worked out.

I’m sorry to be so bullish but it’s a ridiculous notion that you should get inflation beating results on deposited cash. The maths just doesn’t work. It never has and it never will.

My concern over very low interest rates is that cheap mortgages push up house prices. One day rates will rise and there is a risk of crashes and negative equity. The time this last happened is ancient history for many but I remember paying 16% on our mortgage and it was a nightmare.

You are quite correct in potential house price risks, though those particularly high rates in 1992 came after the ERM debacle. It was those high rates that then led to negative equity issues for some years after that. Irresponsible lending and irresponsible borrowing too.

I didn’t suggest inflation beating, much as that would be nice, rather I was thinking inflation matching or close to it.

For a few years I had the maximum number of premium bonds, and got nowhere near the advertised returns. At the same time, some relatives of mine significantly exceeded the advertised returns. Statistically, this might seem to be quite plausible. However, I and a number of people I know frequently failed to win anything at all whilst other people I know with similar amounts of money invested won large amounts fairly regularly. There appear to have been big winners and big losers in respect of draw results, and no one in the middle.

Probably just sour grapes on my part, but I have always wondered whether the draw is perhaps not quite as statistically random as it ought to be, and that some groupings of bond numbers are more successful than others.