I rather like dogs. Just not too many of them. Responsible owners and well behaved dogs are fine.

For what it’s worth, I wouldn’t say I am biased.

My view is that neutering is an extremely low risk procedure for which the benefits firmly outweigh any disadvantage.

I imagine dogs are thinking to themselves, if we could just convince human beings of the benefits of this “low risk” procedure we wouldn’t be surrounded by 8 billion lunatics destroying the planet and starting wars!

In the past 20 years we’ve had 2 rusced blue cattle dogs, both were neutered before we got them both were great pets.

Unless you intend to breed I feel all domestic pets should be neutered full stop, there’s far to many homeless and unloved dogs that end up in trouble and eventually put down.

I also think all cats should be neutered and subjected to the same laws as dogs.

I’m in the U.S. Over here not neutering a dog is considered very irresponsible. If you disagree, then I hope you only adopt rescues. We always neuter, but rarely have to because we only adopt rescues and they are neutered/spayed when we take them home.

The stray shelter wouldn’t let us even meet Brahms until they cut his balls off, but he’s the best buddy, and happy as a clam… 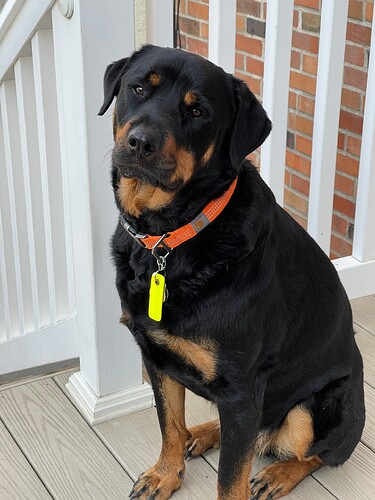 I also think all cats should be neutered and subjected to the same laws as dogs.

A cat rescue charity lady told me the biggest issue is the level of unwanted cat reproduction e.g. often being called out to rescue new litters. All the advertising for cat charities is soft and gooey images but the reality is there are far too many of them, such that the main charities are over-loaded. In her eyes, unless you are a breeder, then not having a cat ‘done’ should be a crime.

And she had a particular ire for some breeders who, it appears, allow some imperfect kitties to become strays, so they didn’t have to pay vets bills.

Irresponsible pets owners and breeders seem to be a world wide issue, my feeling is if you’re not willing to take of a pet properly don’t own one get a stuffed toy instead.

I’m dogless at present and seeing the look your guy gives you just makes me jealous. Give him a hug from me.

The neutering isn’t the biggest issue at present its the blended/designer breeding that’s turning out dogs that can’t even breathe correctly. Heard on the radio this morning that the average life span of a French Bulldog is 4 and half years and that Pugs have now been declassified as a breed in Australia due to birth defects.

Maybe we should start considering neutering some humans.

I’m grateful for that clarification.

@Hollow from your comments may be the first time you have had to make this decision. Direct experience with retrievers.
It doesn’t matter which, but not sure if Pluto is a Golden Retriever or a Labrador Retriever. I have had three of each.
If you are urban area, beneficial for the boys, lowers the testosterone, the need to roam / seek;
I can expand if you wish. Guilt - yes been there (albeit briefly). No experience of any real character change. Best make a decision one way - timing is getting on perhaps.

Your vet is the best advisor on this one. Explain your reasons and see what they say - ask to see a small animal specialist if it is a larger practice.

We got Zhukov from Dogs Trust as a pup. The initial fee gave us a voucher for the snip which was done at age 10 months. Now I’ve heard it suggested that neutering slows a dog down. Renders then more lazy, less active. All I can say is that if that’s true thank f**k we had him neutered.