I was hoping I’d be able to stream the new song on Qobuz, however it doesn’t seem to be available on the app. Has anyone else heard it yet?

I can see it in high res on Qobuz

View “Peter Gabriel” as an artist, and it’s there as a new release. 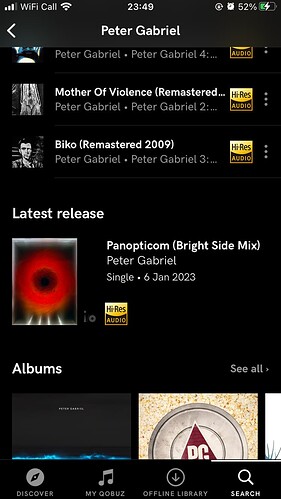 Thanks everyone. It has suddenly appeared on Qobuz for me.

First thoughts are lyrically it reflects on similar themes to The Veil which was released a few years ago. Musically it felt like an evolution of some of the heavier tracks from Up. I’m intrigued to see what the rest of the album is like.