Anyone else watching this one off stream of Nick Cave plus piano at 8 this evening?

Nice if it does it for you. I find him a miserable banal empty performer only of interest to Brighton dwellers whose kids have blue hair from failed parents.

It’s a shame you choose to be so aggressively critical. To me Nick Cave is a hugely talented songwriter and musician. I don’t live in Brighton, my children don’t have blue hair and I’m not a failed parent. You don’t need to like him but it’s unnecessary to criticise those who do.

What he said. Unnecessary

Damn, only just seen this.

I’ve been a huge admirer of his work for over 30 years ever since the Birthday Party days. If you think you know Nick, have a listen to Grindeman.

I enjoy a bit of Mr Cave, sorry my kids don’t have blue hair and I’m still happily married…

Fair comment. I can’t explain why but he doesn’t do anything for me. If he touches you, then great and good listening.

I missed the stream but we are (re) scheduled to see him live in April. I found Ghosteen to be incredibly moving especially if you know the back story. One of my favourite ever albums and one I think that can be called a work of art not ‘just’ music. If that makes any sense.

If you want another perspective on him check some of his film music for example.

Huge talent IMHO and one who has not peaked yet either.

I am also seeing him on a rescheduled date at O2 next year. When my wife and I saw him at O2 on Skeleton Tree tour he managed to turn the soulless enormodome of O2 into the most intimate gig. We are regular concert goers over many decades and we both thought it our favourite ever gig

I’d love to see him play live, but I don’t like big venues. I like to see the whites of the artists’ eyes.

We are going to Leeds First Direct. Never been to a big gig venue but we decided we would for this. He is not likely to play a sweaty little backroom any time soon.

Ps never been to Brighton in my life. No kids either

It’s a pity there’s not more artists like him, it’s a refreshing change to the pop outs that popular media like America’s Got Talent spit out regularly that generally lack talent and all sound the same.

Unfortunately even he can’t make that happen at the O2! But he can make it an intimate and intensely personal show

To me Nick is one of the true greats in music.

I thought he was great Con Air.

Correction, he’s just gone up in my estimation 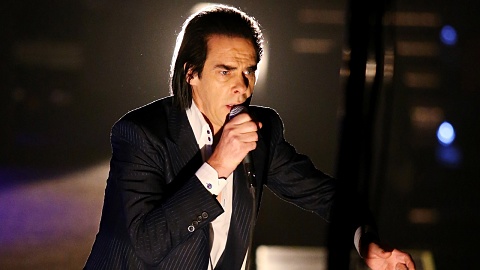 Sky News host Chris Kenny says some good news and clear thinking has emerged when it comes to the battle of ideas and the fight against political correctness and cancel culture. Mr Kenny spoke of Australian singer/songwriter Nick Cave, who is well...