NVi - getting the tray to open

My NVi is sulking again - refusing to boot up.
Is there any way of forcing the disc tray to open if it is not fully powered up.
Not including a large screwdriver!

Thanks Robert
@NeilS - any thoughts?

My DVD5 does that too but usually only after being powered down so I tend not to do that if there’s a choice.

Apologies for the late response - I didn’t get the usual notification, which is weird.
You can manually eject the tray using a small (~3mm) long shaft screwdriver. Open the flap using fingernails & you should be able to see a white plastic lever underneath the tray. In the following picture, it’s above the white ribbon cable. 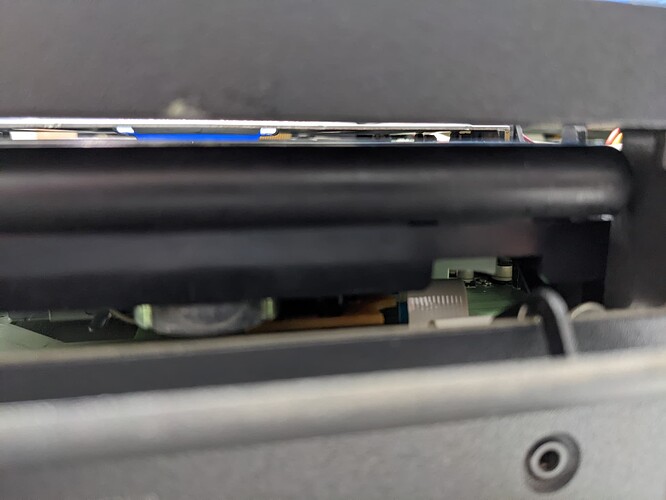 It pivots around a spindle on the left side of the lever, so you need to aim your chosen tool towards the right end of the lever. Not too far though, as it will slip off the end as it rotates.
You only get one shot at it, as the lever does not return i.e. no spring loading. It needs a very firm & sharp push, almost slightly violent as the tray needs to clear the fascia in order to get hold of it to pull it the rest of the way.
Good luck!

Thats brilliant - thanks very much Neil.
I’ll give it a try